Ex-Mob Boss Michael Franzese Gets Born Again, Preaches About Jesus: 'There Is a Heaven, and There Is a Hell' 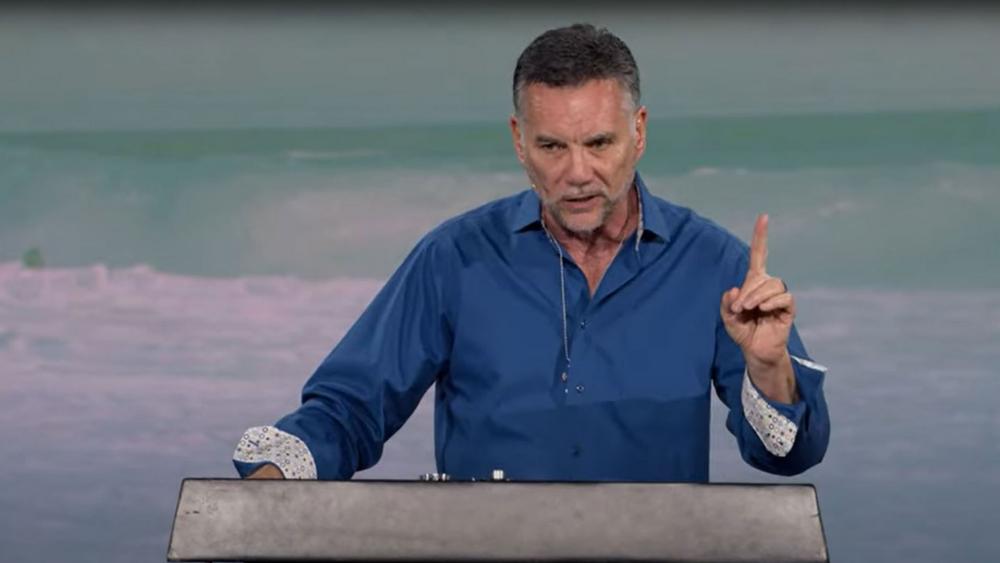 Michael Franzese, a former mob boss, preached the sermon on Sunday at Pastor Greg Laurie's Harvest Christian Fellowship, insisting Christians should have a fear of hell and eternal damnation, but should also share the good news of Jesus to nonbelievers in a gentle way.

Franzese, 71, a one-time member of the Colombo Italian-American Mafia crime family in New York, is now a Christian author and speaker.

At the age of 29, he was named to the rank of "caporegime," overseeing a crew of 300 mob soldiers. His influence in the family continued to grow, and in 1986, Fortune Magazine listed Franzese as number 18 on its list of the "Fifty Most Wealthy and Powerful Mafia Bosses."

Franzese was released from prison in 1994. It was while he was in prison that he discovered the gospel of Jesus Christ when a guard gave him a copy of the Bible while he was in solitary confinement.

He told Laurie's Harvest Christian Fellowship in Riverside, California, he developed a "healthy fear of hell" during the time he spent behind bars.

"When I was in prison, I spent 29 months and seven days in solitary confinement in a six-by-eight cell, 24/7. Me and God. … That's not easy. We weren't meant to be solo creatures. We were meant to be social. When those lights went out at night, a lot of guys did not do well; a lot of moaning and groaning," Franzese recalled.

"I dove into my Bible. I prayed every day. It was my closest time with the Lord because I had no choice. That was it. … And thank God, I turned to Him and nowhere else. … But you know what happened in that hole? I developed a healthy fear of Hell," he admitted.

Franzese reassured the Harvest audience that hell was a real place that would last through eternity.

"I want you to stop for a minute and think of the worst thing that you've ever encountered in your life and realize that that worst thing will never go away. … This is your constant thorn in your side forever. And now put yourself in Hell, which is a million times worse and will never end. That's Hell," he said.

"(The) Bible is very descriptive. I'm not bringing you bad news. I'm just telling you the truth. The good news is we don't have to go there. There is a Heaven, and there is a Hell," Franzese noted.

Continuing his message titled "How to be a Man's Man in 2022," the former Mafia boss emphasized that believers should look to Jesus as an example when dealing with people.

"Jesus was direct when He had to be, but He had a knack for communicating with gentleness," Franzese noted. "Today, our culture seems to celebrate men who speak their mind and pull no punches as if being a bully is an admirable trait. On the contrary, Jesus himself said, 'Blessed are the peacemakers, for they shall be called sons of God.'"

He also explained Christians should use gentleness when approaching non-believers about their salvation.

"Gentleness," Franzese said. "Every time I {share} my testimony, I always go into the back room and I pray and I say: 'Lord … give me the right words. Let me be effective. Let me be passionate enough in delivering this message so that You can reach out and touch the hearts that You want to touch in this room.'"

"Gentleness," he continued, "because we're not here to impose our faith on anybody. We're not here to turn you into a Christian. We can't do that. None of us can do that. That's God's deal. We want to be effective in delivering the message. We want to be gentle in delivering the message, because it's our obligation as Christians to share, not impose. And not direct. Share what the Lord has done in our life."

Franzese also reminded the congregation about the importance of prayer.

"One of my favorite traits of Jesus is his commitment to prayer," he said. "Before anything major was about to take place, Jesus spent time alone in prayerful conversation with the father. He would withdraw to desolate places and pray, Luke 5:16."

"We need to pray. Jesus told us that he prayed all the time," Franzese added. "And that was God the Son praying to God the Father. How much more do we need prayer in our life? It's our way to communicate with the Lord. That's it."

The former Mafia prince also reflected on the way his life turned out.

"As I stand here today, I'm probably the most blessed, most fortunate person that's ever going to walk up on this stage and talk to you about anything. The reason I say that is that, had I been left up to my own to do what I wanted to do with my life, I'd either be dead or in prison for the rest of my life. And quite honestly, that's what I deserved. That's what I earned for myself having spent over 20 years on the street, every day in violation of both God's laws and the laws of man," Franzese said.

"And I realized, God made it crystal clear for me, that if he didn't have a different plan and purpose for my life, I wouldn't be here today," he continued. "You know what, he's got a plan and a purpose for every one of your lives."