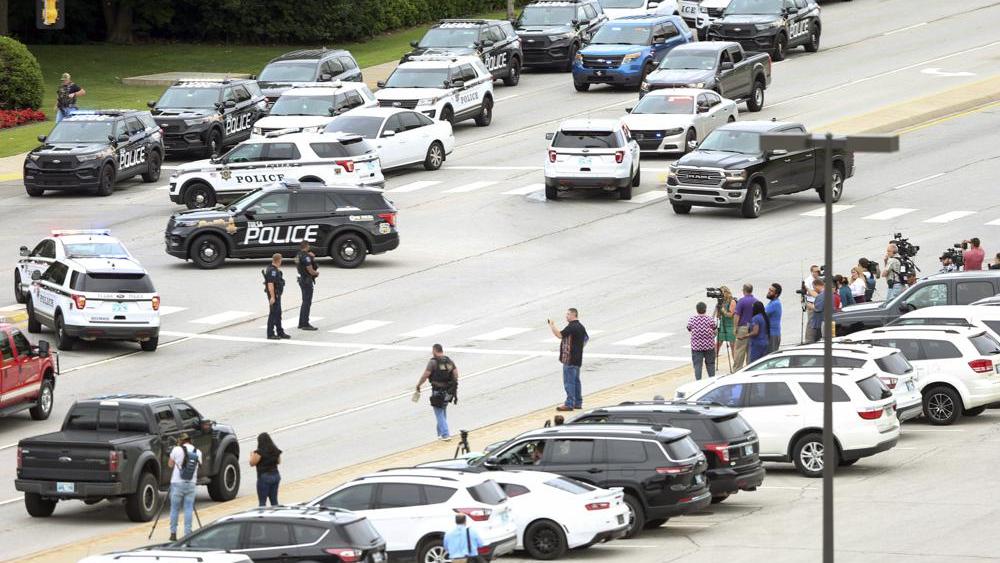 Tulsa police respond to a shooting at the Natalie Medical Building Wednesday, June 1, 2022. in Tulsa, Okla. Multiple people were shot at a Tulsa medical building on a hospital campus Wednesday. (Ian Maule/Tulsa World via AP)
6307210256112
Faith-Based Tulsa Medical Center Pleads for Prayers After Mass Shooting: 'Jesus... Let Your Love Shine in the Night'

A gunman carrying a rifle and a handgun killed four people and wounded others on Wednesday at a Tulsa medical building on a hospital campus.

Police report the shooter was a patient who blamed his surgeon for ongoing pain after recent back surgery. He reportedly bought an AR-style rifle the day of the shooting, killing the surgeon and three other people.

Tulsa Police Chief Wendell Franklin says Dr. Preston Phillips was explicitly targeted by the killer. “We also have a letter on the suspect, which made it clear that he came in with the intent to kill Dr. Phillips and anyone who got in his way,” Franklin said. “He blamed Dr. Phillips for the ongoing pain following the surgery.”

He also described how quickly the police responded: "There was a three-minute response. So I don't know how long the call took to come in, but it appears as though the whole thing was a four, four-minute or so, time span from the time it came in until the time officers made contact, 4 to 5 minutes."

St. Francis Health System locked down its campus Wednesday afternoon because of the situation. The president of the organization Dr. Cliff Robertson thanked the first responders and asked for prayer.

"We're an organization that believes in the power of prayer and there is nothing more that this community can do for us than to pray for the families and the loved ones and the victims of this senseless act," he said. "I can't stand here and not thank the first responders in this city."

At the press conference in Tulsa on Thursday, an official from the hospital staff also quoted a verse from the Christian song, Daystar:

Lord, I've seen a world that's dying, wounded by the master of deceit
Groping in the darkness, haunted by the years of past defeat
But when I see you standing near me, shining with compassion in your eyes
I pray Jesus, shine down on me, let your love shine through me in the night

Lord, we want to be your witness, would you take what's wrong and make it right.

Please be in prayer for this grieving community.