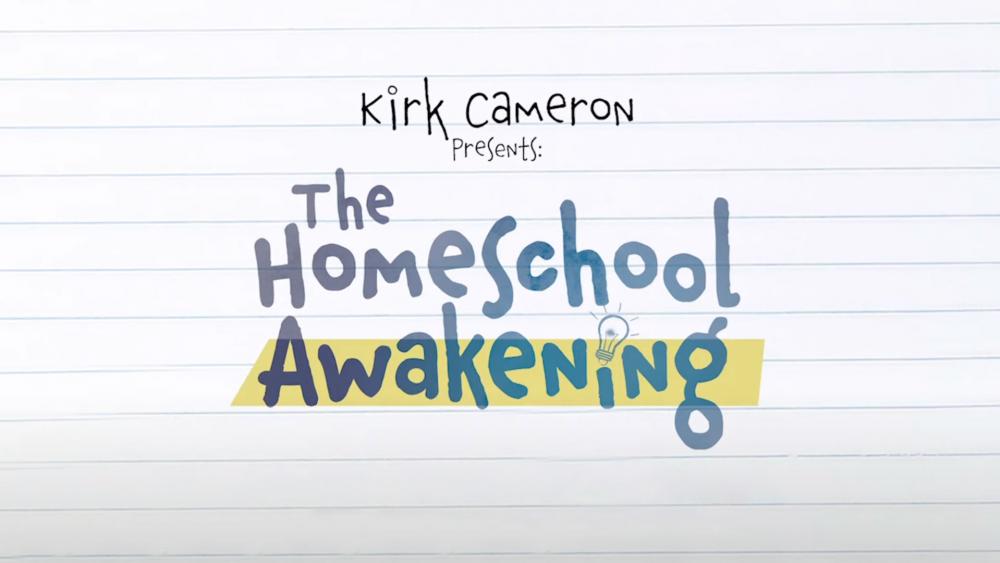 6307363021112
'Homeschool Awakening': Families Across the Nation Opt Out of Public Schools Like Never Before

In the wake of recent school violence and the "woke" movement, families across the nation are looking at the benefits of homeschooling their children like never before.

Actor and family advocate Kirk Cameron dives into this subject in his new documentary, The Homeschool Awakening, in theaters June 13th and 14th.

Cameron interviewed parents who once viewed homeschooling as weird and not for them.

"I always viewed homeschooling as somewhat of a cult," one said. Others said they once thought of homeschoolers as "weird" or "abnormal."

And like those parents, Cameron admits he also once had a "healthy fear" of homeschooling.

"I thought homeschooling was like, you had to be a Quaker or you had to be Amish. I was saying, I mean, does my wife need to wear a floor length, denim jumper, have a head covering and you know, where do we get the uniform?" he joked.

"And then I realized that I was just out of touch with this incredible robust community of people. There are experts and educational professionals creating curriculums that actually incorporate faith and what I'm learning is that parents are not stuck in a system that they're not happy with," he said.

Today, six children later – all of whom were homeschooled at one time or another – Cameron says parents are waking up and holding the public school system more accountable.

"And if you look at the public education system, removing prayer from schools, removing God and the Bible from school and replacing those things with progressive ideas, like the Critical Race Theory, Gender Theory, and teaching children to decide whether or not they prefer to be a boy or a girl, to choose their own pronouns, and separating parents from their children's understanding of sexuality and when, and how they're exposed to explicit material, these are the kinds of things that parents are saying we're not down for this anymore," he said.

In his new documentary, The Homeschool Awakening, Cameron credits the pandemic as a catalyst for this closer look at what kids were being taught.

"And [parents] are saying, you know what? The public school system has broken trust with us as parents, these kids are precious. God's given them to us, and we need to do better for them. And so millions are now successfully homeschooling their kids or taking them to private schools that can actually pass on their values, not undermine them," Cameron added.

The Homeschool Awakening documents some 17 different families from all kinds of backgrounds. Some of the children are opening businesses, others are traveling the country with their parents and siblings, and still others are doing things like getting their pilot's license at age 17.

He adds that perhaps the best part of homeschooling is God gets to stay in the classroom.

"We want our children to understand who they are, who God is, their place in the world, why they're here," he said.

"These are questions that can only be answered when you are free to pass your faith to your children and to teach your children, to see the world through the lens that God's given us. And so if you're a person of faith, you want people to understand history through the lens that recognizes the positive life giving principles of the faith that we've been given from our parents and our grandparents. Many parents are being told that that has no place in the education of their children at their school," Cameron said.

"They're just looking for a better educational opportunity for their children. And when you think about it, the difference between one-on-one education or one-on-two or three or four or five, is a completely different situation than one teacher and 30 kids in a classroom. And we're finding out that colleges are actually preferring kids who are homeschooled well because they're out-of-the-box thinkers, they're initiative takers, they're kids who are strong and well rounded socially. It's really fantastic," he said.

"If you are just interested in a different option than what you currently are stuck with regard to educating your kids, check out The Homeschool Awakening, because it's going to give you a lot of hope, and it's not just me saying this. We have over a dozen families who are going to walk you through their journey, and you're going to see, in full color, how these families are not just surviving, but thriving," Cameron said.