'Not My First Rodeo': SD Gov. Kristi Noem Reflects on Life Lessons from the Heartland 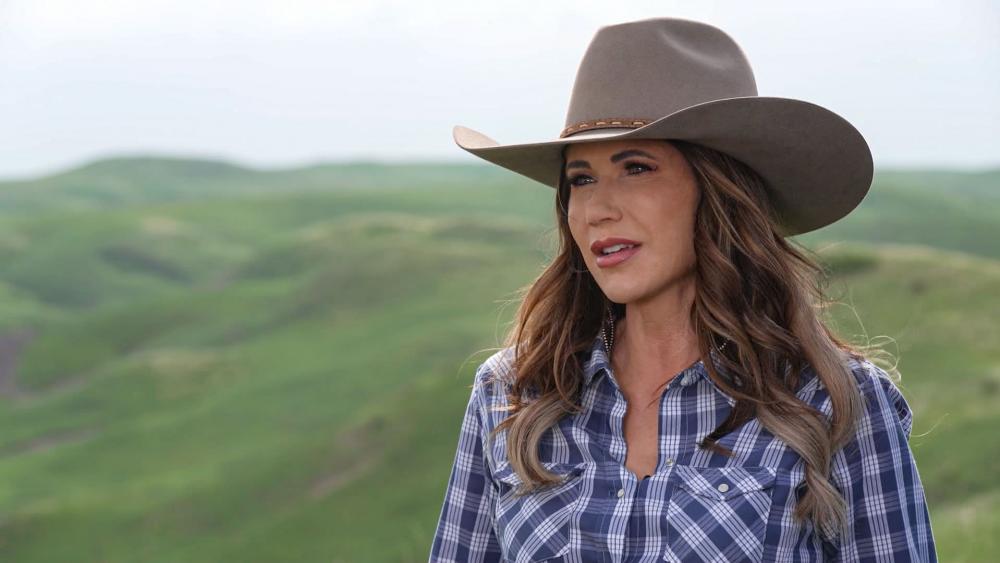 PIERRE, SD – South Dakota Gov. Kristi Noem became a "political rock star" for many during the pandemic when she refused to shut down business in her state or impose mask mandates.

Now, she's written her first book, Not My First Rodeo: Lessons from the Heartland, about life growing up on a farm and how those lessons are still guiding her today.

The governor arrived for her interview in Pierre at a local ranch, looking like the picture-perfect cowgirl. But this is not a costume, this is who she is. "We live on the ranch, the one that my Dad bought when I was about 12 or 13 years old. I love to chase cows and sit in tree stands hunting so, you know, for me to be in D.C., in a city, at receptions and dinners and crowded House floors voting, was a challenge," Noem said.

Lessons From the Heartland

In her book, Noem dives deep into her childhood, working on the family farm – even helping cows give birth during calving season – and going to church with her parents and siblings whenever the doors were open.

"And I always thought, you know, you read scripture, you think, gosh, God loves farmers more than anybody else. You know, he loves ranchers more than everybody else. I mean, He is talking about sowing and reaping all the time and your barns are overflowing and cattle on a thousand hills, so, you know, for heaven's sakes, you just assume that this way of life is something that God would want everybody to be able to live," she said.

Then, the unimaginable happened. At just 49 years old, Noem's father, Ron Arnold, died in a tragic farm accident while she was away at college.

"When Dad passed away, it was devastating for our entire family. For me in particular, he was my best friend. He was the person I admired the most, the one who I cared the most, what he thought of me, and had planned my entire life just to grow up and to work with him and be in business with him. So, when he died, I couldn't even imagine what the next day would look like," she recalled.

By now, Noem was married to her husband Bryon and she was eight months pregnant with their first daughter. At just 22 years old, Noem left college to go home and keep the farm going.

"So I probably wasn't the best mother at that time because all I knew to do was what my Dad would've done and that was work and take care of business. But thankfully we had a strong family, and my Mom was incredible in helping to take care of Cassidy and teach me how to be a good Mom, too," she said.

'We Don't Complain About Things. We Fix 'em'

Noem says the lessons she learned from her Dad are still with her today, especially when he told her, "Kristi, we don't complain about things. We fix 'em."

And it was ultimately those words that compelled her to enter politics and try to "fix" what she considered the most unfair tax that nearly bankrupted her family's farm after her father passed, the so-called "death tax."

"It took me 10 years to pay off those taxes and it made me angry. So I just started showing up at meetings and I felt that if I was upset by this law, that was on the books, then I needed to do something about it," she recalled.

After several years in the South Dakota State Legislature, Noem felt God nudging her toward Washington. She won a seat in Congress and championed an issue near and dear to her – getting the Farm Bill passed.

"And, yes, I was very bold and got into some tough fights with the leadership in the House, national leaders that had never been challenged before, and they did not react well. But I would say that at the end of the day we got it done," she said.

But Noem calls her best decision the one she made to come back to South Dakota.

"I think that being governor fits my personality better, I'm very much a decision-maker, you know, and I'd run my own businesses for many, many years," she said.

Her leadership during the pandemic thrust her into the national spotlight, especially her refusal to enforce federal mask mandates and shut down businesses.

"Well, I really felt like, during the pandemic we saw the best of South Dakota. We saw people that had faith in each other, faith in God, and they really partnered in a way that was pretty inspiring for the rest of the country to watch," she said.

'The Country that Feeds Itself Controls Its Own Future'

Today, she and Lt. Gov. Larry Rhoden, a third-generation cattle rancher, are running the show with farming, cattle ranching, and the nation's food supply at the top of their priority list.

"I just have recognized, for many, many years, that the country that feeds itself controls its own future. But if we start importing food from another country, then they control us and we are getting dangerously close to that. And we're seeing supply chain issues," Noem said.

Noem also recently signed the country's strongest legislation making participation in girls' sports for biological females only. And as of this June, no abortions are being performed in South Dakota.

'We Cherish Our Children in South Dakota'

"When I ran for governor, I told the entire country I wanted to be the most pro-life governor in the country that we've ever had. And we're very proud of the fact that today we cherish our children in South Dakota."

But it hasn't been all wins for Noem. Her attempts to forge new relationships with South Dakota's Native American population were not well received, but she says she's not giving up.

"There's a lot of healing that needs to happen there, and I talk a little bit in my book about some of the roadblocks I've run into with the Tribal Council," she said.

The Joy of Farm Life

Although Noem's running for another term as governor, conservatives who've been inspired by her strong leadership style have urged a run for the White house.

"I don't have any plans to do that," Noem said. "I very much am looking forward to hopefully serving the people of South Dakota another four years. I hope they'll trust me to do that. I've also known that we'll see what God has planned too, because He likes to surprise me once in a while," she said.

When asked if she sometimes still feels like that little farm girl, Noem said, "I feel like that every day. "I find incredible joy from the same things that I did when I was a little girl. There's nothing better to me than a horse. I love chasing cows. So, everything I loved then, I still love. I just don't get to do it as often," she said.

One thing she promised herself when her Dad died was that she would live her life to make him proud. When asked if she thought she had done that she replied, "I don't know, you know, that's a hard thing to judge. But I believe he would be, I think he'd be proud of my brothers and my sister, too. So I think he'd be proud, but I know I can do better," she said. 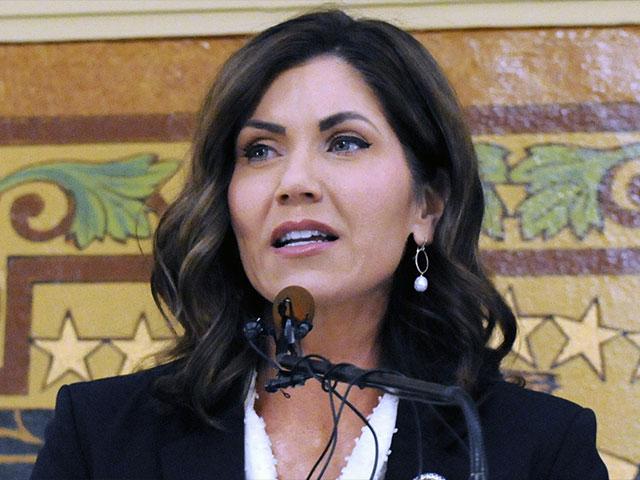 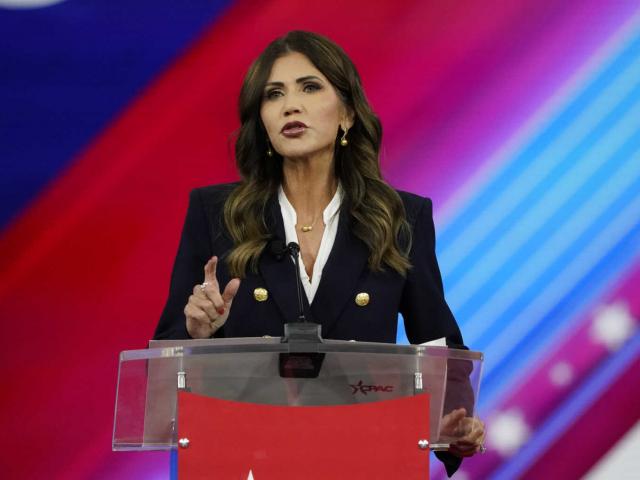 Kristi Noem Exposes What So Many Get Wrong About Prayer, Public Schools, and the Constitution. And She's Not Backing Down.
CBN News Email Updates