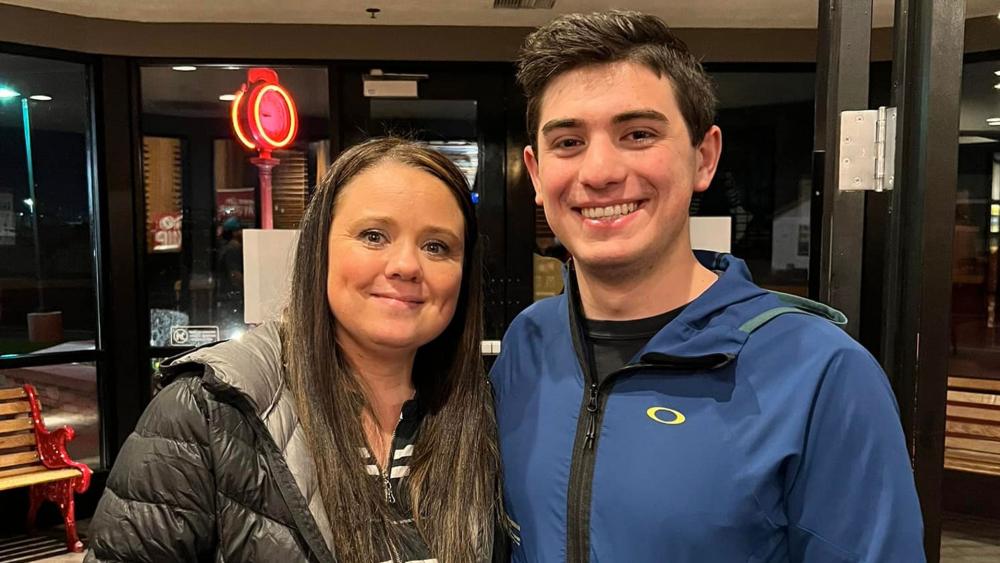 A Utah man, who was put up for adoption 20 years ago, had been searching for his birth mother for quite some time.

When Benjamin Hulleberg reunited with his mother in November, he was shocked to find out the two had been working at the same hospital for two years.

Holly Shearer was just 15-years-old when she placed her newborn son up for adoption.

"He deserved a mother and a father, a home with a playset in the backyard that he can play on, a dog, all of those things I couldn't give him," Shearer told KSL-TV.

"We knew Holly loved Benjamin from the day she handed him to us," Angela said. "She loved him with her whole heart and soul."

Even though the Hullebergs didn't know Holly's last name, they still told Benjamin about her. This led to a two-year search for her once he turned 18.

"I kind of grew up wanting to meet my birth mom," Benjamin told the television station. "To talk to her and, more than anything. Thank her because I knew that I had been given a really good life, full of opportunity."

He had been unsuccessful at locating Holly, however, she found him through a Google search and decided to reach out to him on his 20th birthday.

"You don't know me, which is weird to have a stranger message you. Twenty years ago, I made the hardest decision of my life and placed my beautiful little baby up for adoption with a beautiful family. I have no intention of flipping your life upside down. I have thought about you every day and finally had the courage to send you a message. Wishing you a happy birthday."

Holly and Benjamin reunited last November. While the mother and son got reacquainted, they realized that Benjamin volunteers in the NICU at St. Mark's Hospital in Salt Lake City. Holly works as a medical assistant in the same medical center.

They couldn't believe that they had been working so close to one another and didn't even know it.

"Out the window, I overlook the women's pavilion," Holly explained. "He was so close to me the whole time."

"I have always had a deep desire to meet my birth mother, simply for the opportunity to thank her for the selfless decision that she made those many years back," Benjamin wrote in a Facebook post. "I have searched, written letters to adoption agencies of Utah, done DNA testing, registered with the adoption registry. Nothing."

He continued, "Thank you for your selfless decision 20 years ago, today, to set me in the arms of my parents. I will always be grateful for it. Now, as I look to the future, I can't wait to build a relationship with you and my biological family and have you be an active part of my life."