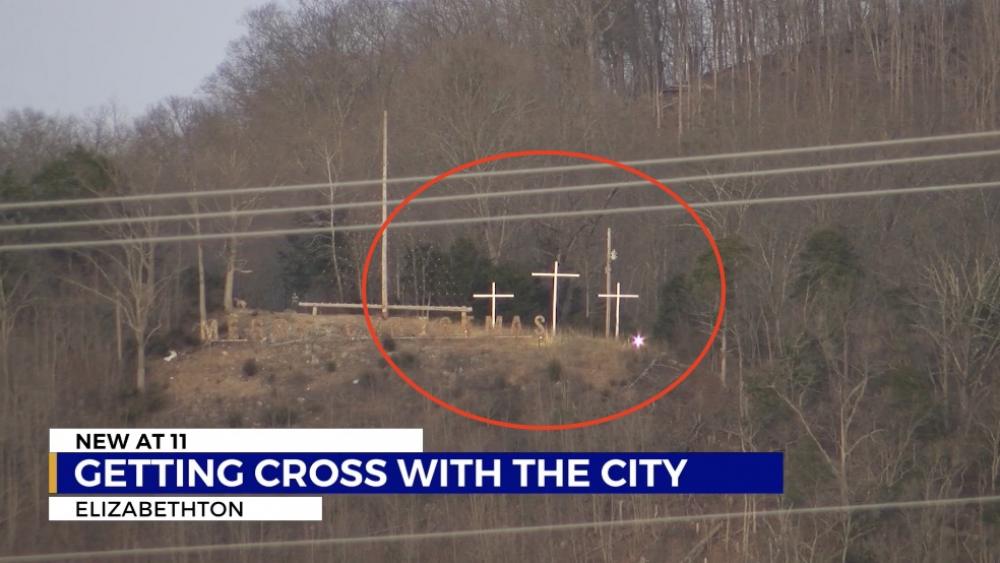 Dozens of residents of Elizabethton, Tennessee, are protesting after atheist activists demanded the removal of three crosses from purportedly public lands.

“They are crosses up there by themselves,” FFRF legal fellow Karen Heineman told the outlet. “They seem to have a pretty obviously Christian message.”

She continued, “They have no other obvious meaning or other messages with them, and it sends, I think, a pretty obvious message of endorsement of Christianity.”

Others, though, disagree. First Liberty Institute, a nonprofit conservative legal firm, has offered pro bono representation to the city and has purported no constitutional violation is in play.

“There is no indication the Lynn Mountain cross display runs afoul of the Constitution,” First Liberty wrote to Elizabethton officials. “The display’s reported history and tradition alone make that clear.”

The crosses were reportedly placed on the property in the 1950s by a group of boys working on an Easter project for their church. The Johnson City Press noted the crosses have become a staple in the community and are often lighted up at Christmastime.

The FFRF reportedly first complained about the display in 2018 and is now renewing its call for removal.

Some residents have defended the crosses and have said removal won’t be a popular option among many locals. Dozens gathered to protest over the weekend, carrying signs that read, “Don’t take them down. I’m a Christian. I stand for the crosses.”

A church in the community has also reportedly already begun creating a cross display in defense of the embattled crosses on Lynn Mountain.

Hunter Memorial Baptist Church erected the 16-foot tall and 7-foot wide monument just miles from where the embattled display has long stood, according to WJHL-TV.

The house of worship originally planned to display the crosses for Easter but expedited efforts after learning of the FFRF’s complaint.

Doug Hartley, pastor of Hunter Memorial Baptist Church, encouraged people to be kind in their disagreement over the matter and to point people toward Jesus.

“I hope that we can be gentle in sharing Christ and show his love and not be a competition out here of right and wrong,” Hartley told WJHL-TV. “People see Jesus Christ through this act. Wherever people are protesting, I pray they do it in love, and I pray that they do it so that Christ will get the glory.”

Elizabethton city officials have been quiet about plans for the crosses since receiving the second FFRF warning.