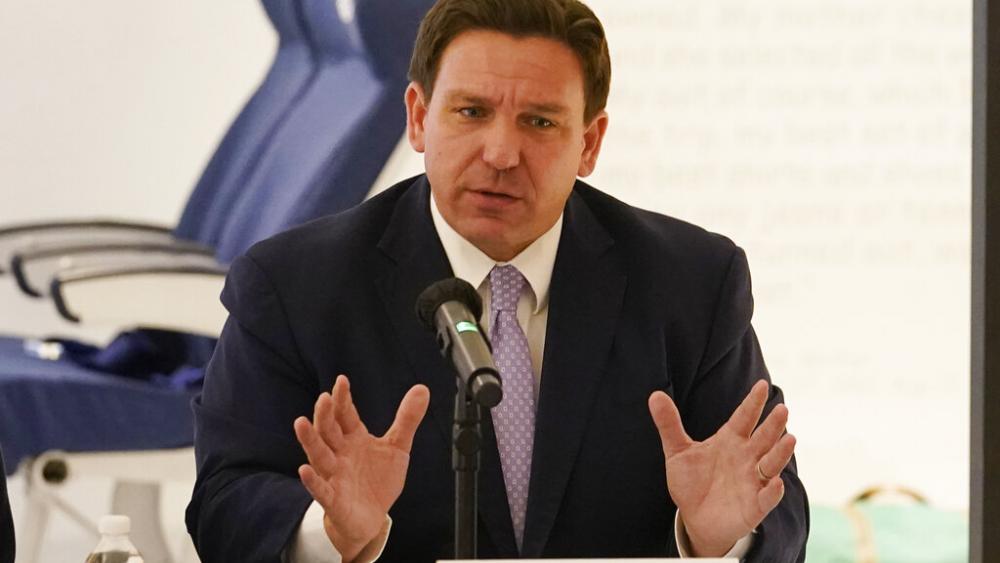 A bill regulating sex education in public elementary schools has passed the Florida legislature despite vocal objection by LBGTQ+ advocates and their allies in the news media.

The proposal, which biased media outlets and other opponents have labeled the "Don't Say Gay" bill, now moves to the desk of Republican Gov. Ron DeSantis, who is expected to sign it into law. DeSantis supports the bill which would go into effect July 1.

The backlash against the measure has been strong. The CEO of the Walt Disney Company, Bob Chapek, said Wednesday that Disney will donate $5 million to groups that promote LGBTQ ideology. Variety reports Chapek is also planning to meet with Gov. DeSantis to tell him he opposes the bill.

Countless news outlets have been campaigning against the bill too by mislabeling it. For example, even USA Today blatantly called the measure the "Don't Say Gay" bill:

The bill, sponsored by Republican Rep. Joe Harding, actually states: "Classroom instruction by school personnel or third parties on sexual orientation or gender identity may not occur in kindergarten through grade 3 or in a manner that is not age appropriate or developmentally appropriate for students in accordance with state standards."

Parents would be able to sue districts over violations of their right to teach their own children about these issues when they deem it appropriate.

Harding and other GOP Florida lawmakers contend that parents should be broaching these subjects with their children, rather than educators. The measure would not bar spontaneous discussions of sexual orientation and gender identity in schools but instead is intended to prevent districts from integrating the subjects into their official curriculum.

"I know how important it is to empower parents in this relationship. I want to encourage parents across Florida to own it," said Sen. Dennis Baxley, a Republican who carried the bill in the Senate. "They're your kids, and it is tough — it's tough to figure out what influences will be on them and what kinds of decisions they will make and how that all comes out."

Democrats have said the language of the bill, particularly the phrases "classroom instruction" and "age-appropriate," could be interpreted as broad enough to apply to any grade and could open districts to lawsuits from parents who believe any conversation to be inappropriate.

Since it was introduced, the proposal has drawn widespread criticism from LGBTQ advocates and the White House. U.S. Secretary of Education Miguel Cardona issued a statement shortly after the bill passed that read "leaders in Florida are prioritizing hateful bills that hurt some of the students most in need."

"The Department of Education has made clear that all schools receiving federal funding must follow federal civil rights law, including Title IX's protections against discrimination based on sexual orientation and gender identity," Cardona wrote.

During a press conference on Monday, Gov. DeSantis was asked by a Tampa television reporter about "what critics call the 'Don't Say Gay' bill."

The reporter then began quoting the text of the bill, "It says 'Classroom instruction on sexual identity and gender orientation...'" but was interrupted by DeSantis.

"For who? For grades pre-K through three, no five-year-olds, six-year-olds, seven-year-olds," he said. "And the idea that you wouldn't be honest about that and tell people what it actually says, it's why people don't trust people like you because you peddle false narratives. And so we just disabused you of those narratives."

"And we're going to make sure that parents are able to send their kid to kindergarten without having some of this stuff injected into their school curriculum," DeSantis explained.

In a tweet, DeSantis's press secretary Christina Pushaw also argued the bill was more of an "anti-grooming bill."

The bill that liberals inaccurately call "Don't Say Gay" would be more accurately described as an Anti-Grooming Bill.

Writing for The Heritage Foundation's publication The Daily Signal, Douglas Blair noted, "To be clear, the Florida legislation is not an 'anti-gay' bill. It is instead a bill aimed at protecting children—and preventing educators with an agenda from infecting young kids with radical ideology."

"Americans are just waking up to how tight a grip the radical left has on the education system, and what dire consequences can result from that amount of control," he wrote.

"DeSantis and his team understand deeply that the radical left won't stop and doesn't care about parental concerns about the negative effects of its agenda on children. The left, alongside allies in the corporate media, will continue to lie about conservative efforts to counter its propaganda war in America's classrooms," Blair explained.

"That's why it's so important for DeSantis and his fellow conservatives in state legislatures and governor's mansions to fight back actively. Because as passage of the Florida bill proves, conservatives can win," he continued.