The Maryland General Assembly passed a bill Tuesday that would expand abortion access by ending a restriction that only physicians can perform them and requiring most insurance plans to cover abortion care without cost.

The Senate gave the Abortion Care Access Act or HB0937 final passage on a 28-15 vote. The bill now goes to Republican Gov. Larry Hogan, whose office did not immediately comment on his position on the bill. The governor has said he personally opposes abortion, though he has called the issue settled law in the state.

While the Senate would need 29 votes to override any potential veto, there may be enough votes to do that since several senators were absent Tuesday when the Senate passed the bill.

Supporters say Maryland does not have enough abortion providers. State Sen. Delores Kelley, a Baltimore County Democrat, noted in an earlier debate that many counties do not have even one abortionist.

Karen Nelson, president and CEO of Planned Parenthood of Maryland, said, "We know that just because it's legal on the books does not always mean that there's access, and so today the Maryland General Assembly made sure that there will be access."

The bill would remove a legal restriction preventing nurse practitioners, nurse midwives, and physician assistants from providing abortions. It would create an abortion care training program and requires $3.5 million in state funding annually.

"This bill is expanding further out," said state Sen. Justin Ready, a Carroll County Republican. "Maryland already is one of only four states that forces taxpayers to fund abortion, and we force it at pretty much every stage of the process."

The legislation also aims to provide equitable access to abortion coverage, whether with private insurance or Medicaid. It would require private insurance plans, except for those with legal exemptions, to cover abortion care and without cost-sharing or deductibles.

'Infanticide' Measure Has Not Advanced

Meanwhile, an even more controversial abortion measure in the Maryland legislature appears to be stuck.

It was Senate Bill 669 that raised infanticide concerns due to some vague wording that excused "perinatal death." The measure appears to still be stalled in the state Senate.

Pro-life opponents had pointed out that efforts to allow the "perinatal death" of a newborn were tantamount to permitting infanticide since it wasn't exactly clear what the lawmakers meant by using that term. More HERE.

Meanwhile, a major piece of legislation to enshrine abortion access into the Maryland state constitution has failed.

The Baltimore Sun reports House Bill 1171 failed to advance to the Maryland Senate.

As CBN News reported earlier this month, the proposed amendment titled "Declaration of Rights – Right to Reproductive Liberty" would "establish that every person, as a central component of the individual's rights to liberty and equality, has the fundamental right to reproductive liberty; prohibiting the State from directly or indirectly denying, burdening, or abridging the right unless justified by a compelling State interest achieved by the least restrictive means."

If it had passed the legislature, Marylanders would have voted on the proposed amendment in the general election this November.

According to The Sun, the proposed amendment had the backing of House Speaker Adrienne A. Jones, a Baltimore County Democrat, and easily passed the House. But Senate President Bill Ferguson, a Baltimore City Democrat, indicated last week that he wouldn't bring the amendment up for a vote, effectively killing the proposal.

Ferguson said Tuesday that the legal right to an abortion "is not something that is contested here in the state of Maryland," but that actual access to abortion care is.

The U.S. Supreme Court is weighing whether to overturn Roe v. Wade, the landmark 1973 ruling that banned states from outlawing abortion.  That decision should come early this summer.

If they do, at least 26 states are likely to either ban abortion outright or severely limit access, according to U.S. News and World Report. 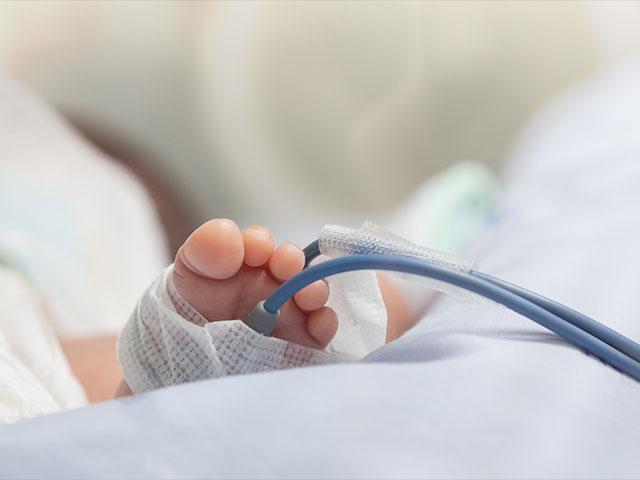