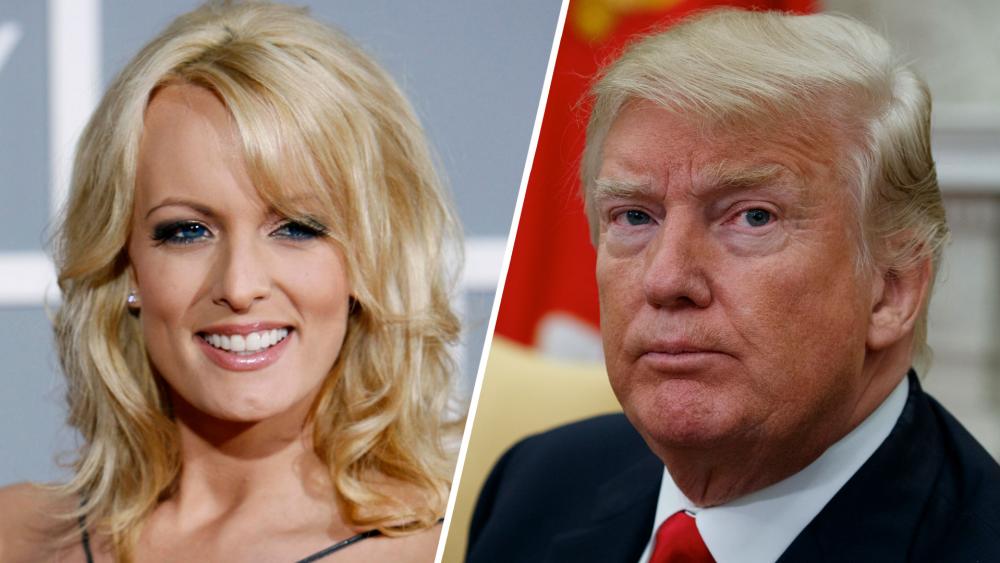 Daniels, 43, whose real name is Stephanie Clifford, tweeted Monday, "I will go to jail before I pay a penny."

The former adult film actress has claimed the two had sex one time in 2006.

Trump, who has frequently denied having sex with Daniels, issued a statement on the court's decision Monday night.

"As I have stated many times throughout the years, I never had an affair with Stormy Daniels, nor would I ever have wanted to," Trump said. "The ruling was a total and complete victory and vindication for, and of me."

"The lawsuit was a purely political stunt that never should have been started, or allowed to happen, and I have been pleased that my lawyers were able to bring it to a successful conclusion after the court fully rejected her appeal," the former president said.

The U.S. Circuit Court of Appeals for the 9th Circuit said it had no jurisdiction over Daniels' appeal of the attorneys' fees since she failed to file a notice within a 30-day deadline of a federal judge granting the fees to Trump, CNBC reported.

According to the cable network, the appeals court also said the same judge had properly included another $1,000 in sanctions against Daniels in the same judgment that awarded Trump attorneys' fees.

Meanwhile, Daniels' former attorney Michael Avenatti was convicted by a federal jury last month on charges that he cheated her out of nearly $300,000 she was supposed to get for writing a book about an alleged tryst with Trump.

Avenatti is scheduled to be sentenced on June 2, according to CNBC.

In a high profile interview for CBS' "60 Minutes" that aired in March of 2018, Daniels claimed she had a sexual encounter with Trump in 2006 and that she was paid $130,000 to keep quiet as part of a nondisclosure agreement signed with Trump's former personal attorney Michael Cohen days before the 2016 presidential election. Later in 2020, a California judge ordered Trump to pay Daniels more than $44,000 to cover the legal fees in that case.

In April of 2018, Daniels sued Trump for defamation after he said a composite sketch of a man she claimed threatened her in 2011 to keep quiet about the alleged affair with the real estate mogul was a "con job."

Trump tweeted that the man was "nonexistent" and that Daniels was playing the "fake news media for fools." He retweeted a side-by-side photo comparing the sketch with a photo of Daniels' husband.

In February of 2021, the U.S. Supreme Court declined to hear Daniel's appeal, also leaving the lower court ruling in place. She then took her appeal to the 9th Circuit.