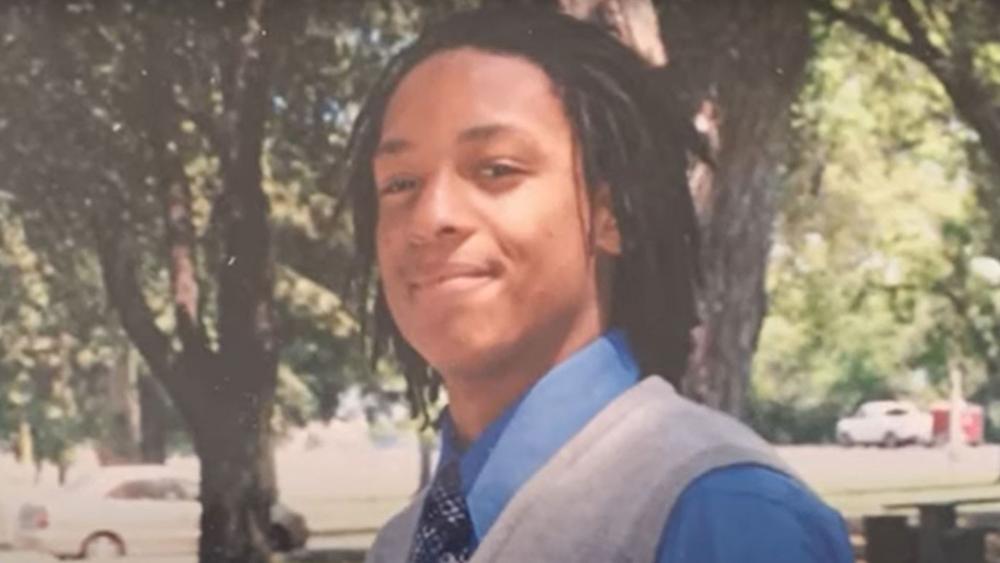 Two suspects in the slaying of a black Navy veteran who was a youth pastor and father have been charged with murder and hate crimes. The murder took place at a Chevron gas station in Tracy, California.

Prosecutors allege Peoples was intentionally killed because of his race, color, religion, nationality, or country of origin, but did not provide additional information.

"There is no place for hate in our community. No one should be victimized because of their race, ethnicity, sexual orientation, or religion," District Attorney Tori Verber Salazar said in a news release. "These types of crimes are reprehensible and my administration will prosecute to the fullest extent of the law to hold those who perpetrate hate accountable."

According to the release, Tracy Police Department (TPD) officers responded to a call at 9:00 p.m. at the gas station on North Tracy Boulevard and found Peoples who had suffered a gunshot wound and multiple stab wounds.

People's father, Maurice Peoples, told NBC News in an interview that his son was later pronounced dead at a local hospital.

"He had the heart of a lion to survive but he just didn't make it," the father said.

The elder Peoples said his son had gone to the gas station with his girlfriend to get change in order to do laundry. The girlfriend said when Justin Peoples entered the gas station's building, the suspects followed him inside.

NBC reported it wasn't clear if there was a confrontation before Jones and Garner allegedly shot and stabbed him.

Maurice Peoples told the network his son grew up in the nearby city of Stockton. Justin had attended San Joaquin Delta College and then enlisted in the Navy in 2010.  He received a medical discharge about a year later due to ulcers.

At the time of his murder, Justin was serving as a youth pastor at a local church and also worked two jobs. He had two sons, ages 11 and 12, his father told NBC.

Maurice Peoples told the outlet that his son had a "big kind heart" and a big smile. "When he came around you could feel the light from his smile," he said.

During the subsequent investigation, the TPD Special Investigations Unit and Special Enforcement Team arrested Garner and Jones in connection with Peoples' death.

All three suspects have been remanded into custody. They are scheduled to return to court on April 4 for their next arraignment.