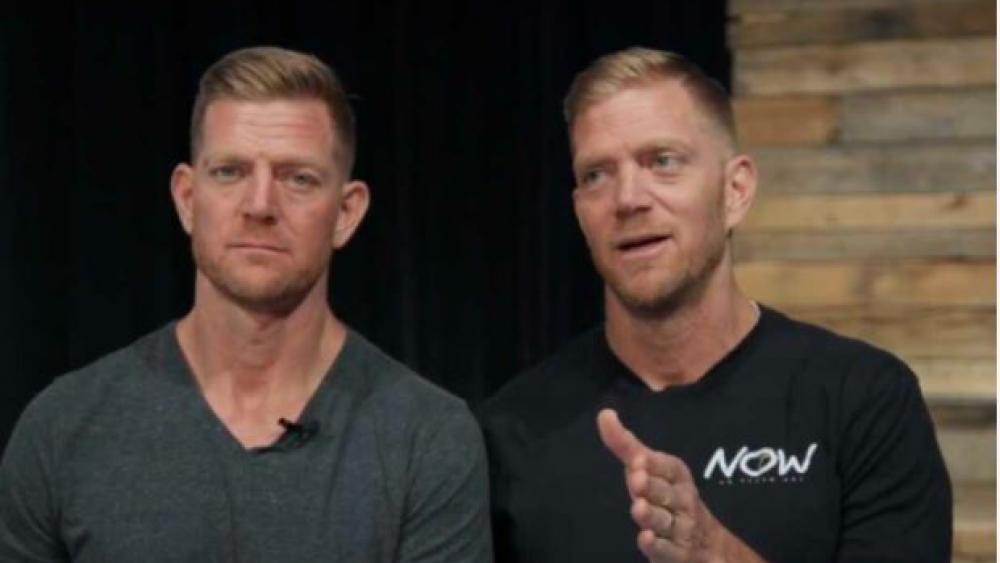 Twin brothers Jason and David Behman — the real estate duo whose burgeoning HGTV show was canceled in 2014 due to their Christian convictions on sexuality and abortion — said this week that culture, and men in particular, need Jesus, not more “gun laws.”

The brothers’ statement comes on the heels of the deadly shooting at Robb Elementary School in Uvalde, Texas, where an 18-year-old attacker fatally gunned down 19 children and two teachers, CBN News reported.

“There’s not enough ‘gun laws’ on earth to turn a young man from a predator to a protector,” the Texas-based twins posted to Facebook. “But there is a King, whose name is Jesus, that can step into the heart of a man and change him from the inside out.”

They added, “Unfortunately, we don’t want this King. Our nation glorifies everything that stands against King Jesus and His Kingdom fruit — love, joy, peace, patience, kindness, gentleness, and self-control. As a result, we’re losing our young men and have lost the soul of our nation.”

The post from the brothers, known for their conservative and pro-life activism, was sparked by the shooting carried out by a gunman who entered a single classroom in the elementary school in Uvalde. Before attacking young victims, the assailant shot his grandmother at around 11:30 a.m. Tuesday.

Without skipping a beat, leftist lawmakers jumped to advocate for strict gun control measures to be swiftly enacted.

Senate Majority Leader Chuck Schumer (D-N.Y.) claimed Republicans who do not want sweeping gun control laws enacted are simply “not … willing to save lives,” according to ABC News.

Sen. Ted Cruz (R-Texas) rebuffed Democrats’ talking points, arguing those on the left and in the media rely solely on one response, which he said “is to try to restrict the constitutional rights of law-abiding citizens.”

“We are seeing way too many of these horrific mass murders,” continued Cruz. “And we need to devote far more law enforcement resources to stopping violent criminals [and] preventing these kinds of absolute acts of evil.”

During an interview with Fox News's Jesse Watters, the conservative senator noted he presented legislation in 2013 that would have restricted felons, fugitives, and those with “serious mental illness” from obtaining weapons. That bill, he said, was blocked by Democrats.

Cruz also tweeted in the immediate aftermath of the shooting that he was “fervently lifting up in prayer” those impacted by the horrific shooting in Uvalde.

Heidi & I are fervently lifting up in prayer the children and families in the horrific shooting in Uvalde.

We are in close contact with local officials, but the precise details are still unfolding.

Thank you to heroic law enforcement & first responders for acting so swiftly.

As Axios reported, he was roundly rebuked by Democrats for turning to prayer in the wake of the attack.

The Benham brothers, for their part, ultimately claimed America does not have a gun problem, but a “heart” issue.

“Exalt Jesus once again,” the twins continued. “Teach our young men to deny themselves, become men of God, and fight against evil instead of perpetrate it. Our boys need to be called up to something much higher than video games, binge shows, and porn! There’s so much more … in Christ. Let’s do our part as we grieve with the families in [Texas] today. Let’s look at our own kids, our sphere of influence, our churches and schools … and let’s call these young men to lay down their lives, bow to Jesus, and pick up His cross and follow Him. Until then, this path of destruction will never stop.”