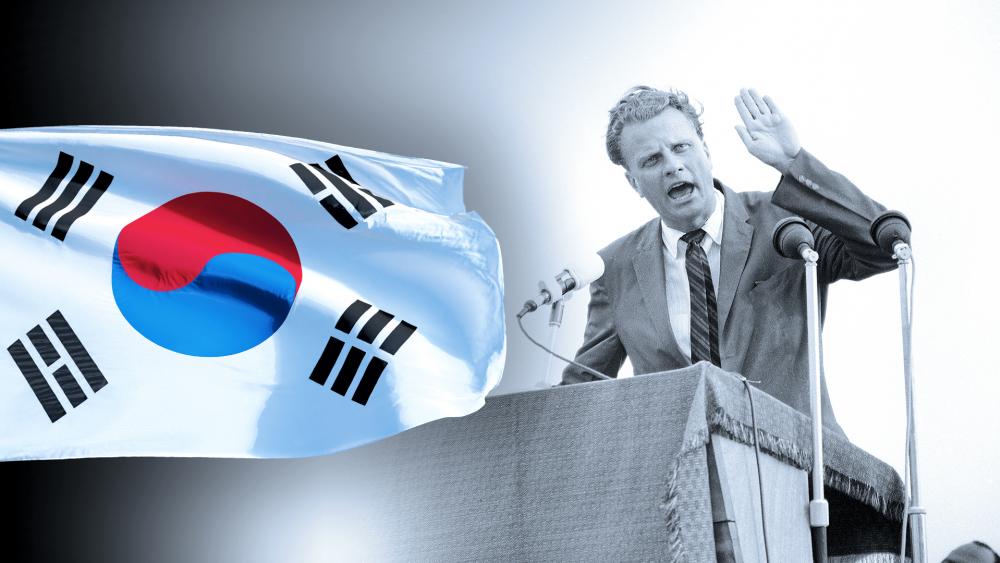 From June 1-5, hundreds of intercessors from South Korea will be in 20 cities throughout America to pray for revival, and the leader of a national prayer movement is encouraging churches across the country to hold their own prayer meetings at the same time.

“They'll come to cities from coast to coast and border to border to pray morning noon and night,” said P. Douglas Small, President of Project Pray, which is hosting “America’s Prayer Meeting.”

Small is encouraging churches across the country to open their doors for prayer during that time, which culminates on Pentecost Sunday, June 5.

"We're asking churches to open their doors and call for prayer. To host prayer meetings, not preaching meetings, prayer meetings to pray for this nation, for revival, and spiritual awakening,” he said.

The 20 teams of intercessors are associated with the World School of Prayer in Seoul, South Korea.

The intercessors are visiting on the 49th anniversary of Billy Graham’s 1973 crusade in Seoul. The historic event ran from May 30-June 3 and drew more than 3 million people, with approximately 75,000 of them committing their lives to Christ.

Korean Christians say it changed the direction of the nation.

Now, the grandchildren of that revival are returning to give America a spiritual boost.

“We realize it is time for us to go and pay back our spiritual debt to America with prayer, so let’s go and humbly serve the American church with prayer,” said Park.

On Sunday, May 29, Project Pray held a special broadcast called, “America’s Prayer Meeting” from the Billy Graham Archive and Research Center on the campus of the Billy Graham Evangelistic Association in Charlotte, North Carolina. The center will be a place where people from around the globe can come and study the records and historical data of how God used Billy Graham and his organization to bring revival.

Dr. David Bruce, Executive Vice President of the Billy Graham Evangelistic Association and former personal assistant to Billy Graham, said it’s fitting that the brand new center would be introduced to the world by talking about prayer.

“Mr. Graham would have been so pleased, that the very first event, the first moments of this building, has to do with prayer,” Bruce said. “One of the things that characterized Mr. Graham’s life, as long as I knew him…he was man of prayer himself, everything would begin and end in prayer.”

“Mr. Graham, from 1949 … all the way ‘til nearly his death, kept saying the same thing: ‘I’m praying for an old-fashioned, Holy Ghost, heaven-sent revival that would sweep America from coast to coast.’”

Small said it’s no coincidence that the Korean intercessors are coming on the anniversary of the Seoul Crusade. “We’re believing that this can be a watershed moment for America, that not just enriches us, but changes the nation,” he said.