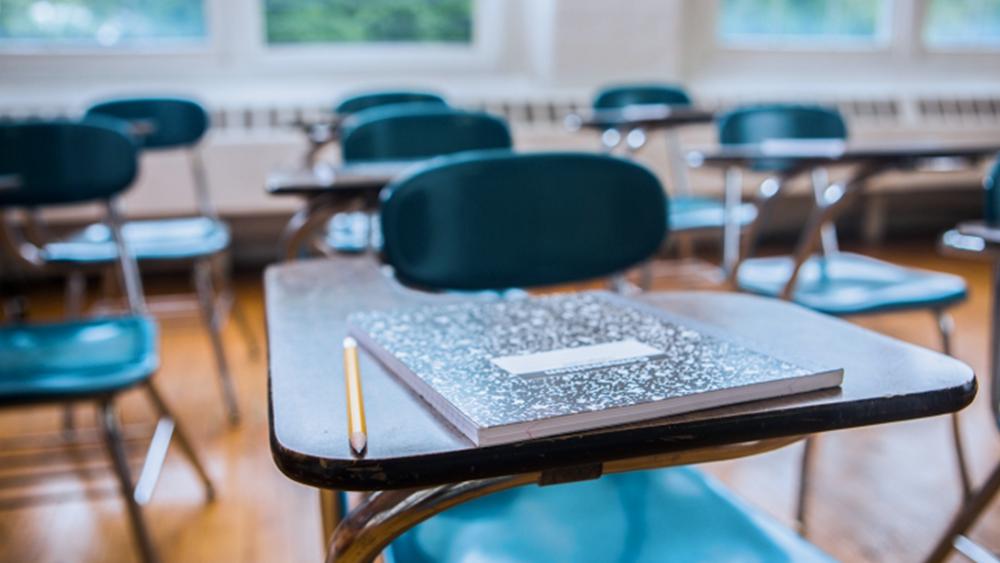 A federal court in Kansas City, Kansas, has upheld the free speech rights and religious rights of a Fort Riley public school teacher, allowing her to keep teaching while her lawsuit proceeds.

According to the Alliance Defending Freedom, previously teachers at the school had been told to use a student's "preferred name" to address the student in class. They were only to use the student's legal name when speaking to parents -- an action that violated teacher Pamela Ricard's conscience.

"No government official can force someone to speak contrary to their deeply held religious beliefs and convictions," said ADF Senior Counsel Tyson Langhofer, director of the ADF Center for Academic Freedom. "Pam has a distinguished teaching career and treats all her students with dignity and respect. We're pleased the court has freed her to exercise her constitutionally protected freedom to teach and communicate honestly with parents while this case moves forward."

Additionally, the court acknowledged that Ricard can continue addressing her students by their preferred names while avoiding pronouns for students who have requested pronouns inconsistent with their biological sex.

In a change from the school district's previous position, its attorney stated in court that Ricard's current practice does not violate the policy, according to the ADF.

Represented by ADF attorneys and the Kriegshauser Ney Law Group, Ricard sued school district officials after they reprimanded and suspended her in April of last year for addressing a student by the student's legal and enrolled last name.

ADF attorneys filed a motion last month in Ricard v. USD 475 Geary County Schools School Board Members asking the U.S. District Court for the District of Kansas to temporarily halt enforcement of a district policy that required her to violate her religious beliefs by lying to students and parents.

"The important part of this case is not only was the school attempting to compel Ricard to use pronouns that would violate her conscience," ADF attorney Caleb Dalton told American Family News, "they prohibited her from allowing parents to even find out how their students, their children, identified at school."

The federal court found that Ricard is likely to prevail on her First Amendment free exercise of religion claim and therefore granted the motion to halt enforcement of the parental communication portion of the district policy while the lawsuit proceeds.

The court noted in its decision that the school district's policy was riddled with exceptions for secular reasons, but the district refused to make any accommodation for Ricard's religious objection to deceiving parents. It further held that "it is illegitimate to conceal information from parents for the purpose of frustrating their ability to exercise their fundamental right" to direct the education and upbringing of their child.

"This victory for parents' rights and freedom of conscience follows a year-long struggle to attempt to bring the school district to reason," said Joshua Ney, partner at Kriegshauser Ney Law Group and one of more than 4,400 attorneys in the ADF Attorney Network. "The school district has had no regard for the workability or classroom control issues these constantly changing policies create, let alone their constitutional violations."

"We have consistently raised concerns with the school board regarding the district's vague and unpredictable procedures for student name and gender updates," Ney continued. "Once in court, the school district changed its policy yet again to accommodate Pam's original request in order to avoid a preliminary injunction. Hopefully, the district can begin creating policies that focus on educating children without forcing teachers to lie to parents and violating a parent's right to know what is going on with their child."

CBN News has reached out to the USD 475 Geary County Schools for comment.  We will post it here if we hear back.

When it comes to efforts to hide information about children from their parents, the case in Kansas is no exception. Several activist teachers have been discovered teaching about sexuality in the classroom against parents' wishes.

Writing for The Federalist, Chad Felix Greene noted, "Many teachers now seem to feel an obligation and certainly a sense of entitlement to use their classroom as a group therapy session, viewing students as peers they can share secrets with. Unfortunately, this has grown into its own culture in which teachers position themselves as the sole source of safety for vulnerable students, who are assumed to have no one else to turn to. Many in this generation of teachers see themselves as an underground railroad of sorts to ensure students can freely express their 'true selves' without the judgment or restrictions of their parents."

One notable case is an incident where a Cape Coral, Florida, middle school art teacher was fired after participating in a classroom discussion with her students where the students talked freely about their sexuality and gender identity. Casey Storms then freely told her students about her own pansexual identity and asked students to draw pictures representing their sexual orientations, according to reports.

Meanwhile, some elementary school teachers in San Francisco, California, participating in a zoom meeting, bragged about ignoring parents' requests to call their children by their given names and pronouns.

A question came up during the meeting on how to answer parents who ask teachers to use the child's given name and biologically correct pronouns.

One teacher answered by telling about an incident where a parent stated to them, "I know you were using a different name than my child's given name at birth and the pronouns we gave them, and I'm respectfully asking that you use the name and the pronouns that we gave them."

The teacher told the video-conference meeting that he told the parent, "So, in my classroom, I will refer to your child by whatever name and pronouns that they've told me they feel most comfortable with."