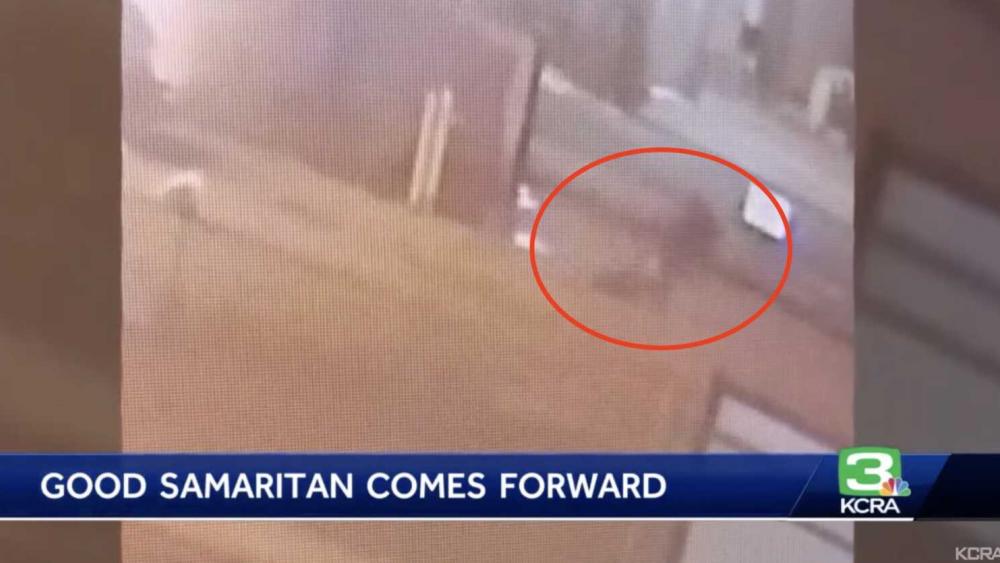 A good Samaritan with a complicated story has come forward after he saved a man from a burning vehicle, fled the scene, and left the police in Turlock, California, searching for his identity.

Floyde Watts Jr. was looking for recyclables in the early hours of April 14, when he heard screams for help. At first, he didn’t know what to do, but he quickly jumped into life-saving action.

Watts, who has burn scars on his hands from the incident, bravely rescued Robert Arndt, who was trapped in the vehicle. Watts grabbed the scalding hot car door, opened it, and dragged Arndt to safety.

“I pried onto the door — the back passenger side — to try to get him out. It burnt my hands,” he told KCRA-TV. “And I heard somebody in the inside screaming for help.”

After the rescue, Watts fled the scene, sending the Turlock Police Department on a public quest to find the mystery hero.

“Video evidence suggests the burned man had been in the backseat and pulled from the vehicle by an unknown good Samaritan while the vehicle was engulfed in flames,” an April 14 Facebook post reads. “The good Samaritan did not remain on scene, and detectives are working to identify this person, asking that they come forward and provide a statement.”

Watts didn’t want to be found, though, telling KCRA-TV he fled after saving Arndt due to an arrest warrant stemming from misdemeanor drug possession charges.

But, weeks later, he came forward to share his identity in hopes of helping Arndt’s family with one more task: raising enough money for Arndt’s dad, Daniel Arndt, to visit his son, who remains in critical condition.

Watts told the outlet he is hoping that, by speaking out, he can encourage the public to donate so Daniel Arndt can raise enough money to be with his ailing son.

Watts also said he’s prepared to face the consequences of his actions and has a hearing on June 1.

Daniel Arndt expressed gratitude to Watts for saving his son, a U.S. Marine veteran who has reportedly struggled with drugs, homelessness, and mental health issues.

“I mean, not everybody would have done what he did; I think he’s a great person,” Daniel Arndt told KCRA-TV. “I mean, I really appreciate what he did for my son. If not, I’d be making funeral arrangements instead of raising enough money to go see him.”

Robert Arndt remains in critical condition, and doctors have had to do numerous surgeries, including amputating three fingers and two toes.

Please continue to pray for his recovery and pray for Watts as he prepares to head to court to settle his affairs.