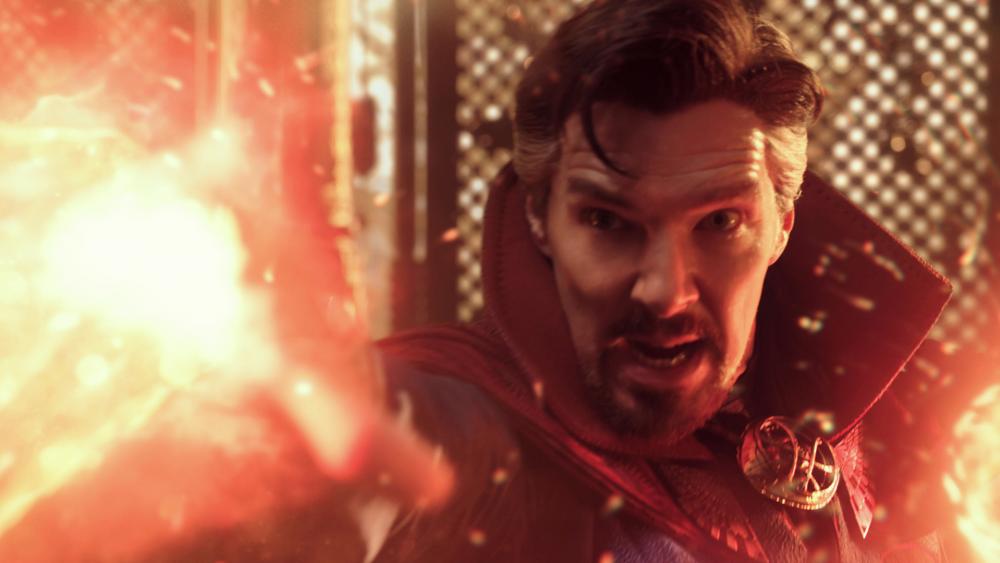 A scene from "Doctor Strange in the Multiverse of Madness." (Marvel Studios via AP)

Comic book superheroes have been a fascination with kids and adults for decades. But some of the characters have grown darker and darker through the years, causing serious concern over evil themes that glorify sorcery and occultism.

Now, millions of young children and even many Christians are being indoctrinated with the idea that it's normal to channel other realms and entities which are ultimately demons. In fact, witchcraft and the occult have become so mainstream that people no longer seem to be shocked by their blatant presence.

Schimmel said Marvel mixes in Christian themes to make the movie seem ok, "Making the bad guys have elements of Christ. Many Christians are putting their guards down, not realizing the darkness."

The pastor, who is also a documentary filmmaker, explained that the anti-God focus and the evil messages in Marvel films and DC comics are obvious.

"It's in plain sight. They are influencing families and children. Our parents grew up with comics. Now, it's superheroes but they're not the same comics from back then ... they've become far darker," he told CBN News.

"God uses stories and song in scripture. Jesus taught through stories. We have to make sure we're putting on the armor of God and being discerning ... not to be ignorant of Satan's devices."

The new Multiverse of Madness movie is laced with countless scenes of the heroes casting spells, using Occultic methods and eastern religious elements, and interacting with demons. But one of the more mild scenes is actually being described as especially sacrilegious to Christians who have seen it. In the scene, Doctor Strange swipes his hand over a cup turning water into wine, making the spell-casting warlock appear to be like Jesus Christ.

Schimmel pointed out the similarities between Doctor Strange and the controversial real-life occultist, Aleister Crowley.

"Doctor Strange, himself, many people are unaware that he was created in the image of Aleister Crowley, known as the wickedest man on earth," he said. "Doctor Droom then was reincarnated. If you look at the story, he's an English man, a sorcerer, discovers himself, synthesis occultism. He uses a third eye to practice his magic."

Schimmel continued, "This is an overt Satanist that has been turned into a superhero by Marvel."

Multiverse of Madness Is Flooded with Witchcraft

Focus on the Family's PluggedIn.com agrees this latest Marvel film is flooded with witchcraft.

Their review states: "Bring Doctor Strange and the Scarlet Witch together in a film, and you know what you get? Magic. Lots and lots of magic. And we're not talking Lord-of-the-Rings style spells, either. The magic we see in this film feels as dark and Occultic as anything we've seen in the Marvel Cinematic Universe."

"The Multiverse of Madness draws a distinction between the sorcery Doctor Strange uses and the witchcraft practiced by Wanda. But both can apparently use the same sort of spell books, two of which play a huge role in the film. We see both cast a dizzying number of spells."

When asked what is the best way for Christians to understand the demonic nature of these characters, Pastor Schimmel said we must look at the Word of God.

"He is the one who will make everything right," he told CBN News. "It's a spiritual war. As Christians, we need to be ever diligent to guard our children. We are supposed to hate evil and love God ... renounce the works of darkness."

'Marvel and DC's War on God'

The series highlights how popular comic books, and the movies that they have spawned, are full of anti-Christ themes glorifying violence, sexual perversion, blasphemy, and the occult.

The Anti-Christ Agenda is the first installment in the series.

Schimmel says the series aims to shed light on the sinister content in these films and comics.

"We're called to expose the wickedness going on. Letting folks know that they need to put on the full armor of God, guard their hearts and minds," he said. "Evaluate what you're looking at. Hold it up to the lens of scripture. Protect our hearts, families, and churches. Lift up all this in light of Christ. Jesus is the ultimate superhero."

Pastor Schimmel added, "We believe that we can point to the superheroes and point people to Jesus as the ultimate superhero."

Lastly, he explained that some of the top comic book writers have actually admitted to using seduction, manipulation, the occult, and the Bible to influence children to view God in a distorted way.

"What we've done is look at writers, directors, and world views and what they're trying to purvey," he told CBN News. "What's the world view of the writer and director and what's the message? What are they trying to communicate?"

Schimmel noted that the top three comic book writers are Alan Moore, Grant Morrison, and the late Stan Lee. "Moore claims he has contacted a demon of visual arts and channels while he writes. Morrison contacted the spiritual realm and was inspired by these spirits. He tells kids he got in touch with demons ... to practice rituals."

Schimmel explained that many parents don't even realize what's happening.

"We need to be careful about what's going into our children's ear and eye gates," he concluded.