An independent investigation found that leaders of the Southern Baptist Convention (SBC) failed to properly look into allegations of sexual abuse over a 20-year period.

The 288-page report by Guidepost Solutions, an independent firm contracted by the SBC Executive Committee was authorized at the denomination's annual meeting last year.

Guidepost investigated the executive committee's handling of allegations of sexual abuse from January 2000 to June 2021.

The report found that committee members ignored reports of abuse, discouraged investigations, and did not share the allegations with trustees.

It also said there is no evidence that pastors accused of abuse were removed from their positions.

Furthermore, the report says those who brought the allegations were accused of wanting to harm the convention and to profit from lawsuits.

SBC President Ed Litton said Sunday he is "Grieved to my core" for the victims, saying, "I pray Southern Baptists will begin preparing today to take deliberate action to address these failures."

The committee will hold a special meeting on Tuesday to begin the discussion on implementing reforms.

"To the members of the survivor community, we are grieved by the findings of this investigation. We are committed to doing all we can to prevent future instances of sexual abuse in churches, to improve our response and our care, to remove reporting roadblocks, and to respond to the will of the messengers in Anaheim next month," the statement read.

Both McLaurin and Slade said, "This is the beginning of a season of listening, lamenting, and learning how to address sexual abuse in the Southern Baptist Convention."

They also referenced the recommendations the report gave on how SBC leaders should respond to:

"God has blessed the Sexual Abuse Task Force and Guidepost with His wisdom in developing this report and offering insight into how we all can take steps to eliminate sexual abuse within the Convention. In striving for this goal, we recognize there are no shortcuts. We must all meet this challenge through prudent and prayerful application, and we must do so with Christ-like compassion," McLaurin and Slade's statement continued.

"To the members of SBC churches, we ask for continued prayers for wisdom as the Sexual Abuse Task Force and the SBC Executive Committee move through the process that Southern Baptists have asked us to do," the statement concluded.

The SBC Credential Committee also issued a statement about the report.

"We receive this report with open minds and heavy hearts. We grieve for those impacted by abuse, and we are prepared to repent for anything the Credentials Committee inadvertently failed to do to alleviate the suffering of survivors," the statement said. "We are committed to listening and learning from this extensive report and its recommendations. We look forward to implementing recommendations and strengthening the Credentials Committee's work."

The 2022 SBC Annual Meeting is scheduled for June 14-15 at the Anaheim Convention Center in Anaheim, California. 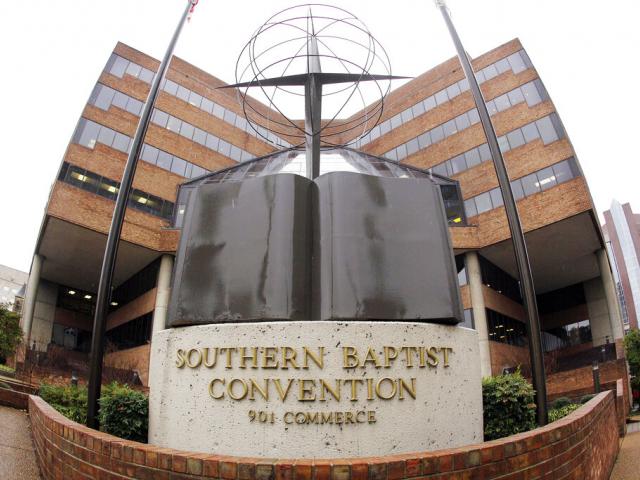