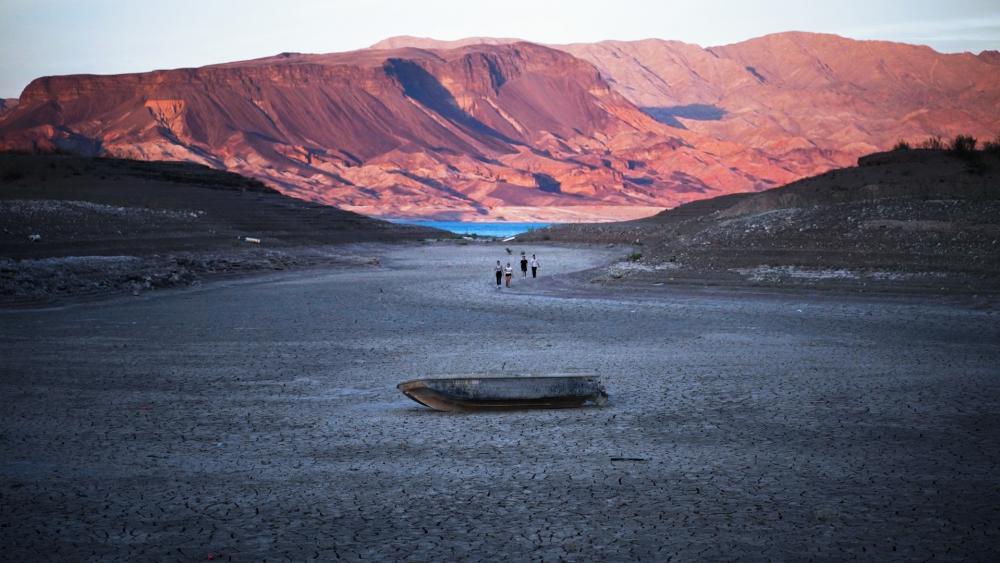 Twenty years of drought in the western United States are causing havoc once again this spring. Wildfires fueled by parched land and high winds have been whipping across northern New Mexico for weeks, the country's largest reservoirs are at historic lows and California just recorded the three driest months on record.

"Our enemy with this fire isn't just fuel in the extremely dry conditions in the state and in our forests but it is in the wind," she said recently. "When the wind is this dangerous and this unpredictable and we've got gusts up to 70 miles per hour on many days, there is no way you can actively pursue putting the fire out."

"The winds were some of the worst that we've seen up here," said Todd Sullens. He moved to the town to pastor the First Baptist Ruidoso in January of 2019. The day the fire started, he and other residents found its speed combined with electrical outages, forced the community to act quickly.

"It was dark and a lot of parents were running to get their kids and then finding out what they needed to do," he recalled. Sullens and his family had to evacuate their home three times, not knowing if they'd return to find it standing.

More than 200 families in Ruidoso lost their homes in what became known as the McBride Fire. Since then, local churches, Samaritan's Purse, and New Mexico Baptist Disaster Relief have worked to provide, shelter and food to the families as well as help cleaning up their properties.

Ed Greene with New Mexico Baptist Disaster Relief is overseeing hundreds of volunteers who are sifting through ashes, removing debris, and clearing trees.

"To even know where to begin is just overwhelming to people," he said. "So that's just a basic need. We can come in and help them begin to get their footing and say 'yes, we can get back to normal.'"

Other visible signs of the mega-drought include Lake Mead and Lake Powell, the country's two largest reservoirs. Their water levels are at historic lows with capacity at just 30 percent.

In southern California, the Metropolitan Water District is asking consumers to cut water use by up to thirty percent in response to drought conditions and decreased water from its northern California supplier.