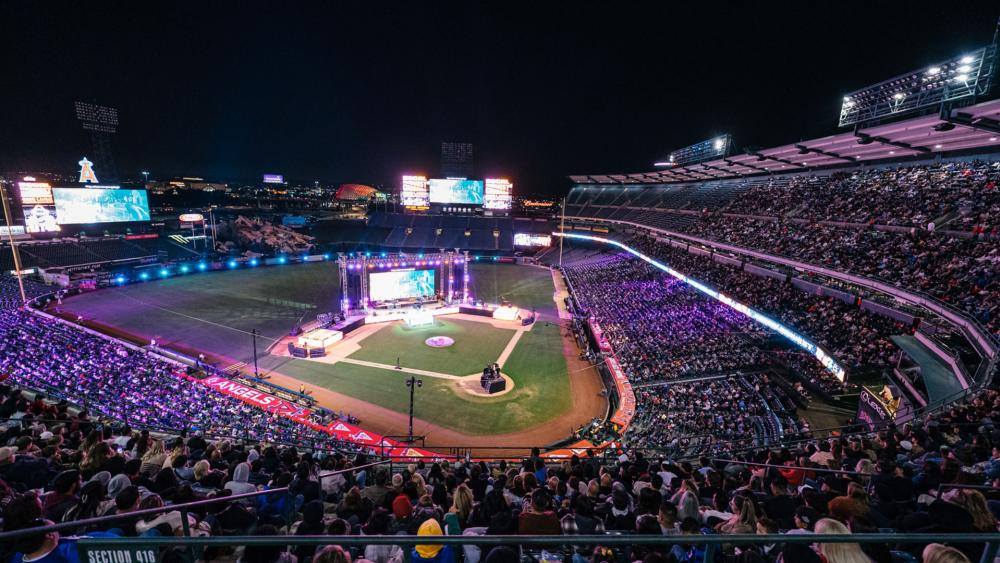 Embracing the theme of the "Jesus Revolution," the outreach drew over 51,000 people to Angel Stadium and 161,000 online, where they enjoyed two nights of performances from Dove Award winners Andy Mineo, Phil Wickham, and Crowder; GRAMMY-nominated artists Jeremy Camp and Newsboys; and gospel presentations by Harvest founder and Pastor Greg Laurie.

In addition to musical performances and preaching, the audience also got to see exclusive clips of the upcoming Kingdom Story and Lionsgate film Jesus Revolution depicting the spiritual revival of the 1960s and '70s.

"We did not make this film to live in the past but to prepare for the future," Laurie said. "We're saying to the Lord, 'Do it again!'"

More than 600 radio outlets and social media pages across the nation partnered with the church this year to broadcast and live-stream the event. In addition, 215 Southern California churches participated, providing mobilization and volunteers.

"My hope tonight is not in politicians or world leaders. It's not in technology, money or possessions. It's not even in religion," said Laurie. "What we are all looking for is not something you hold in your hand. It's something that happens in your heart in a relationship with God through Jesus Christ." 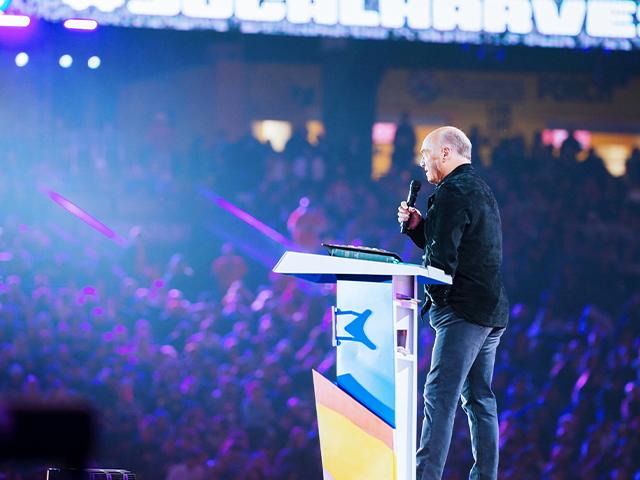 As CBN News has reported, the crusade led by Laurie has been going on for more than three decades, making it the longest-running evangelistic event in the country. Over the years, more than eight million people have attended the SoCal Harvest crusades in person. More than 700,000 people have made professions of faith in Christ through Harvest outreaches.

"God changed the course of my life, and He can do that for you tonight," Laurie told the audience. "No matter what trajectory your life is on, God can change your story."