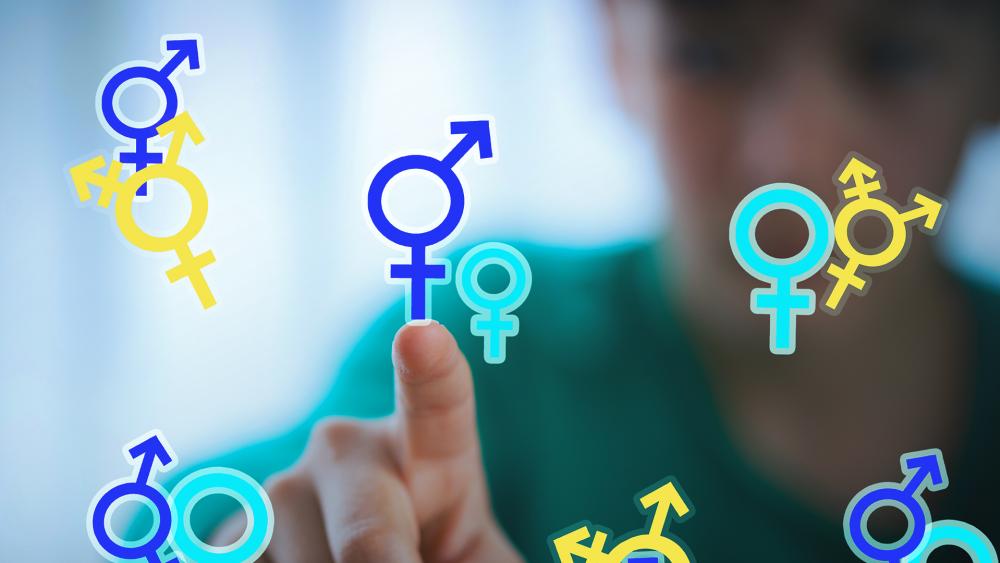 A Vermont student-athlete and coach are suing school officials after being punished for using male pronouns to describe a male-to-female transgender student in a girls' locker room, claiming their First Amendment rights were violated.

In September, a 14-year-old male student who identifies as female and plays on the Randolph Union High School girls' volleyball team entered the locker room while the girls were changing.

"A male was in our locker room when volleyball girls were trying to get changed," Blake told the Daily Signal. "And after I asked him to leave, he didn't, and later looked over at girls with their shirts off. And it made many people uncomfortable and feel violated. And I left as soon as I could in a panic."

School officials told the concerned girls and parents that the biologically male student could use the girls' locker room even while the girls are undressing or showering and that if any girls felt uncomfortable, they could use a single-stall restroom outside the locker room.

Blake later shared her concerns with fellow students referring to the transgender student as "literally a dude," and said, "he doesn't belong in the girls' locker room."

The school began an investigation into Blake's comments and decided to punish her, claiming the student-athlete violated the school's Harassment, Hazing, and Bullying policy.

As a result, the school not only banned the entire girls' volleyball team from using the girls' locker room, but they suspended Blake and required her to take part in a training that would help "her understand the rights of students to access public accommodations … in a manner consistent with their gender identity."

They also demanded she complete a "reflective essay" and if the essay was to be found "lacking good faith," she would serve an additional suspension.

"It's not fully the trans student's fault," Blake said. "It is much more the school board's fault and they're failing everyone. Not just the volleyball team, not the transgender student. They did nothing to help this situation. They still aren't. They just want people to be in trouble and they're not trying to help make a change."

Meanwhile, her father, Travis, expressed his views about the incident on a local news station's Facebook page.

A user identifying as the "mother of the trans student in question" claimed Blake "made up the story for attention," and that the "truth will prevail."

Travis defended his daughter saying, "The truth is your son watched my daughter and multiple other girls change in the locker room. While he got a free show, they got violated."

The district superintendent determined that by writing that comment, the father had "misgendered a transgender student" and suspended Travis from his job as the middle school girls' soccer coach without pay for the rest of the season.

"When he asked me to publicly apologize, I thought about it," Travis explained. "I did pause and waited a few seconds. And I'm thinking, 'If I say that I'll apologize, I'll be able to coach my youngest daughter for the rest of the season, but I'm going to, in turn, hurt my other daughter, because I'm not standing up for what we believe in, I'm just cowing to them like so many other people have done. And I just can't do that.'"

The Alliance Defending Freedom (ADF) is suing the school district on behalf of the Allens, accusing it of retaliating against the family for speaking out.

A father and his daughter voicing concerns about a school allowing a male student to enter a high school locker room where girls are undressing is entirely expected and appropriate, regardless of whether the male identifies as female," said ADF Senior Counsel Philip A. Sechler. "Yet for expressing such a commonsense view and noting the fact that the student is a male, Vermont school officials punished Blake and Travis in an effort to silence their views."

He added, "The First Amendment protects everyone's right to freely share their beliefs, and we will be asking the court to swiftly halt the school's blatant violation of Blake and Travis' free speech rights."

Blake has since returned to school and they lifted her suspension shortly after the ADF filed the lawsuit.

Her father, however, has not been reinstated to his position.

"When you are being bullied by the head administration at the school, where else do you turn," he expressed on Fox News. "They want me to fall in line and do as I'm told and not offer any of my own opinions."

"They're trying to shove their false ideology down everyone's throat and that is wrong and unconstitutional," ADF Senior Counsel Tyson Langhofer said on the program. "We need to discuss these issues and share our opinions on the important policies that are affecting our kids."