A Green Light for Polygamy: NY Judge Rules 'The Time Has Arrived' 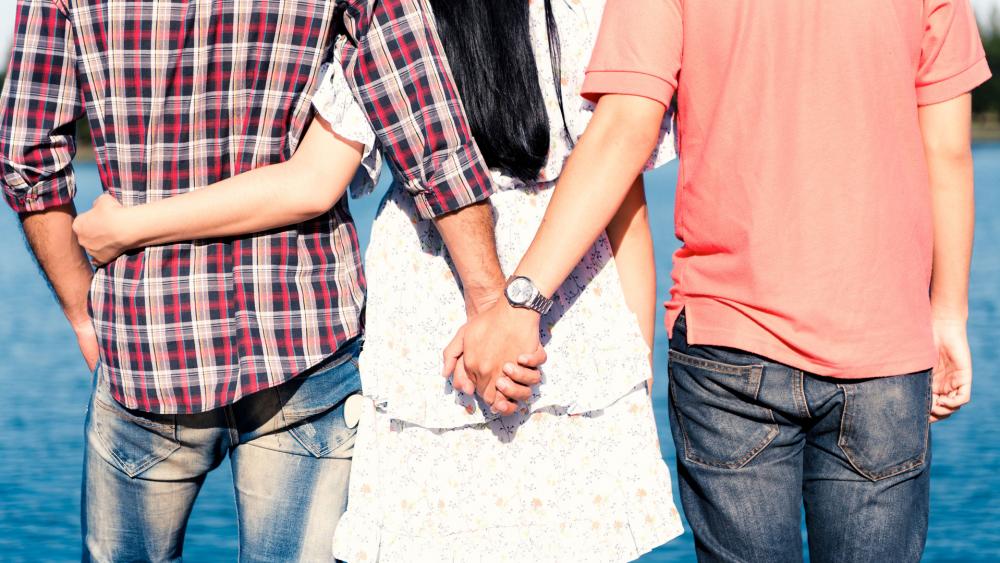 A New York judge has ruled that people in polyamorous relationships are entitled to the same legal protections as married people.

When ruling in the case of West 49th St., LLC v. O'Neill, New York Civil Court Judge Karen May Bacdayan wrote that "the time has arrived" for polyamorous relationships to have legal rights, and said that the problem with previous same-sex rulings is that "they recognize only two-person relationships."

"What was 'normal' or 'nontraditional' in 1989 is not a barometer for what is normal or nontraditional now," Bacdayan wrote in her decision. "Indeed, the definition of 'family' has morphed considerably since 1989. Specifically, many articles have been written about multi-person relationships in recent years, revealing a preference that for some has long been known."

In 1989, New York decided that the surviving partner of a same-sex relationship counted as "family" in the Braschi v Stahl Associates Co case. Bacyadan claims it essentially paved the way for legalizing gay marriage in the United States.

"The New York State Court of Appeals became the first American appellate court to recognize that a non-traditional, two-person, same-sex, committed, family-like relationship is entitled to legal recognition," she wrote.

Bacdayan now says it may be time to move forward because the previous decision was "rooted in traditional ideology."

Bacdayan's decision comes at the heart of an LGBTQ case involving an apartment dispute. A male tenant who was living with a boyfriend, but had a gay spouse living elsewhere, died. After his death, the boyfriend tried to renew the lease, but the landlords claimed the man didn't have a right to renew the lease because the two weren't married. The boyfriend argued he was a "non-traditional family member."

The judge sided with the boyfriend, writing, "The existence of a triad should not automatically dismiss respondent's claim to noneviction protections."

"The media laughed off the conservative movement's concerns about the slippery slope when Democrats pushed to sexualize the military 20 years ago. Now, almost two decades later, with American parents in the fight of their lives over transgenderism and judges paving the way for 'plural marriage,' it, unfortunately, proves we were right," he wrote in The Washington Stand.

"The LGBT's fight was never about marriage—it was about every social norm," he added.

Perkins points out that in 2003 the late Justice Antonin Scalia warned of a day when state laws "based on moral choices" against "bigamy, same-sex marriage, adult incest, prostitution … adultery, fornication, bestiality, and obscenity" would all fall.

Katy Faust, founder of Them Before Us, contends the breakdown of traditional marriage and family is an attack on children.

"Every novel iteration of modern family infringes on the rights and well-being of children in a novel way," she told The Washington Stand.

"Same-sex marriage denied children a relationship with their mother or father. Polyamory insists children share living spaces with an unrelated and often rotating, cast of adults. Far from simply having 'more adults to love them,' this household structure increases a child's risk of abuse and neglect and starves them of the stability needed for a thriving life," she said.

Perkins warns that Democrats are pushing a law of "tolerance" that only spells danger for society.

"If 'love' and 'consent' are all that define a relationship, then proponents of incest, pedophilia, and group marriage can follow the LGBT playbook all the way to validity," he wrote.