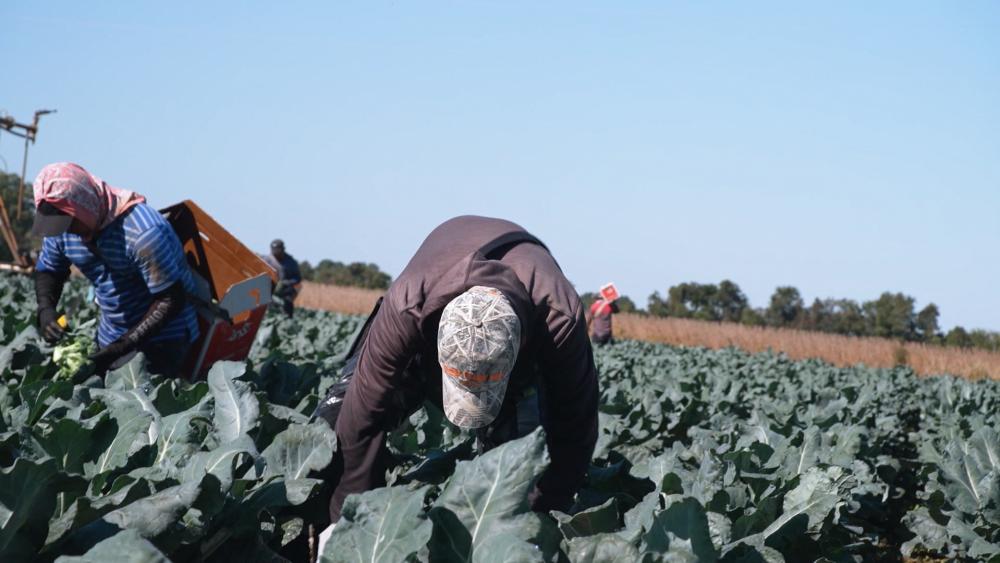 As Americans struggle with rising food prices Congress is debating a bill that would tackle the farm worker labor shortage and potentially help reduce food costs. It could also help the US avoid becoming a net importer of food, a trend that threatens national security.

US food prices have increased more than 11 percent in the last year, a rate not seen in over four decades according to the Department of Labor.

Part of the problem is the labor shortage. Land O'Lakes CEO Beth Ford said the agriculture industry is a couple million workers short right now. That factor plus rising fertilizer and transportation costs as well as drought conditions and the war in Ukraine have all contributed to food inflation.

Advocates for the Farm Workforce Modernization Act say it could address the worker shortage and help reduce costs.

The bill would reform the Department of Labor's H-2A program which allows farmers to hire seasonal foreign workers to harvest their crops.

Parker advertises locally but says he usually can't find help. He uses the H-2A program to recruit workers from Mexico to hand harvest his asparagus, broccoli and squash in fields irrigated by the Rappahannock River.

"It's not easy," he says, describing the paperwork. "It's not cheap, but it's stable."

By law, Parker must provide housing for his workers, along with transportation from Mexico and a government-set hourly wage along with financial incentives for each box of produce that's picked.

The House of Representatives passed the bill last year in a bipartisan effort but it has stalled out in the Senate. David J. Bier, associate director of immigration studies at the Cato Institute, says the bill would reduce food prices by limiting wage growth and allow farmers to hire more workers and increase production. It would also allow farmers to hire workers year-round, as opposed to just the seasonal help they're allowed right now. The bill would also establish a path to citizenship for long-time workers.

"Right now we're poised to import more food from abroad than to produce it here at home and one of the major reasons for that change is that it's more difficult to get US workers to do manually intensive farm labor than ever," said Bier.

"The unemployment rate is near record low right now and US farmers are really hurting to find the workers they need to produce the goods and services that Americans want to consume," he said.

But as Bier acknowledges, lawmakers have not been able to reach consensus on immigration reform and may balk at addressing it in agriculture.

Critics warn the bill will not address the real food price culprit – climate change – and believe it will exploit farm workers and do little to address food costs.

They are also calling for expanding the path to citizenship to include older farm workers who no longer are able to work in the fields.