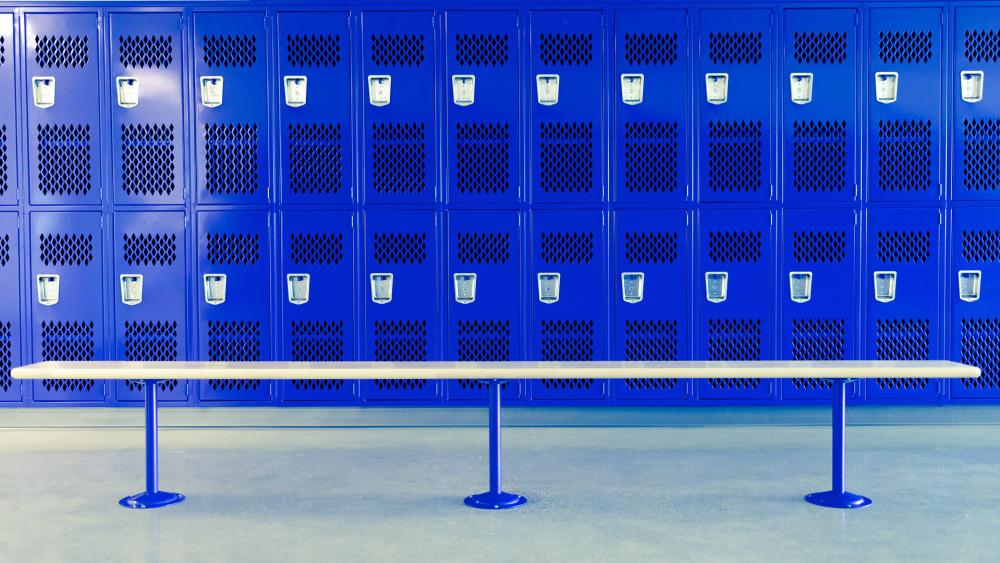 A public school in central Vermont is facing scorn after displacing the athletes of the girls’ volleyball team from their own locker room so a transgender player can use the space instead.

The controversial move — one that has resulted in students and parents speaking out — is the result of Vermont education policy, which states students can play sports and use locker rooms based upon their desired sexual and gender identities, according to WCAX-TV.

In addition to drawing local attention, the story has earned scrutiny from national figures like the Rev. Franklin Graham and Fox News commentator Caitlyn Jenner, who identifies as a transgender female.

Female members of the Randolph Union High School girls volleyball team were reportedly banned from using their locker room after they objected to a biological male changing with them. This is discrimination against biological girls & women. https://t.co/XfOpbsXVwj

The left thrives on using identity politics to divide us. This Vermont story is another example of how they have hijacked and politicized the trans population, like they do with so many other minority populations, in this country. Joe Biden - Divider in Chief!

We cannot have biological boys with penises changing next to our daughters in locker rooms, and then have our daughters scolded by the school. This is so backwards. Shame on Vermont!

Because of Vermont law, transgender students are allowed to play on the girls’ volleyball team and use the team’s locker room at the same time as everyone else. The Vermont education policy states, “A transgender student should not be required to use a locker room or restroom that conflicts with the student’s gender identity.”

One parent spoke with The Daily Signal about the ordeal, telling the conservative outlet she is “bewildered” by the school’s decision to prioritize the transgender student’s “needs” over those of her daughter.

“We allowed a child who is biologically the opposite sex, male, go in a locker room where, biologically, girls were getting fully changed,” the mother said. “The biological child was not changing and sat in the back and watched girls getting changed. That made girls feel uncomfortable, made girls feel violated and not protected.”

She continued, “When parents and kids went to the school principals, they were told it was a law — nothing they could do about it. The law gives them room to protect all, and they did not.”

Blake Allen, one of the volleyball players impacted by the transgender policy, said her concerns, as well as those of other athletes and parents, were reportedly dismissed by school officials, who said state law dictates transgender athletes are permitted to use whichever locker room they prefer.

Officials for Randolph High School reportedly said the school has “plenty of space where students who feel uncomfortable with the laws may change in privacy.”

“They want all the girls who feel uncomfortable — [s]o pretty much 10 girls — to get changed in a single-stall bathroom, which would take over 30 minutes, where if one person got changed separately, it would take a minute, like, no extra time,” Allen told WCAX-TV.

Further complicating the situation, the transgender athlete has been accused of making an “inappropriate remark” while in the girls’ locker room.

The school, however, is now reportedly investigating whether members of the girls’ team “harassed” the transgender student, noting it could take disciplinary action against the student athletes.

“He was born a boy,” one unnamed volleyball player told The Daily Signal of her transgender teammate. “I don’t care if he’s on my team; he can join any team, I don’t care. But when I’m undressing, and there’s a male in the girls locker room or in the bathroom with me, I feel very uncomfortable.”

Another unnamed player said, “I think everyone feels this way about going into a locker room, you shouldn’t be uncomfortable. But then when [the trans-identifying student] comes through, it doesn’t feel that way. It’s like, a male is in here. Everyone feels so awkward.”

An individual claiming to be the mother of the so-far-unnamed transgender athlete took to social media to state the trans student “did not make” any inappropriate comments.

“The entire team can back this up, other than the girl that made up the story for attention,” the person claimed. “This is slander, defamation of character, and we have secured a lawyer. My daughter has no interest in anything other than being accepted for who she is and playing volleyball. What inappropriate comments would she have made? I’m curious. This is outrageous. The ACLU has been enlisted. There will be a thorough investigation, and truth will prevail.”

As a result of the evolving ordeal, the school reportedly sent an email announcement stating it had banned the girls’ volleyball team from using the locker room altogether, claiming, “[W]e believe it is the right decision at this time.”