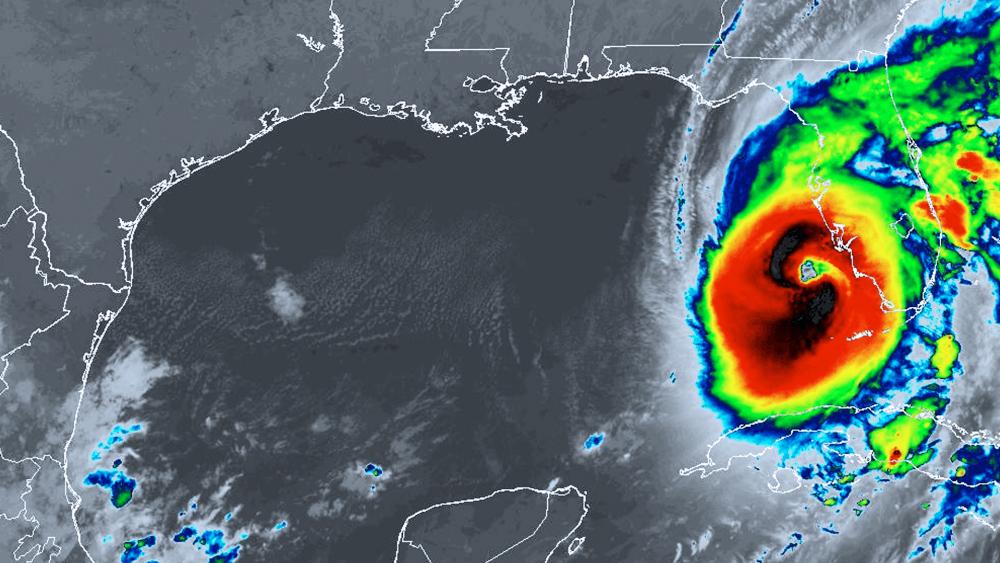 Hurricane Ian has left a trail of destruction in southwest Florida after hitting the Gulf Coast with a force rarely seen in the U.S.  The storm left two million Floridians without power and tore the roof off a hospital in the city of Port Charlotte.

The governors of Georgia, South Carolina, North Carolina and Virginia have all declared emergencies pre-emptively in their states as Ian travels north.

The hurricane made landfall in southwestern Florida near Cayo Costa around 3:15 p.m. on Wednesday, a dangerous Category 4 storm with top winds of 150 mph, just shy of the most dangerous Category 5 status. High winds and rain have been hammering the state all day.

Many residents had boarded up their homes and businesses and miles of cars packed the roads as residents sought to escape ahead of the monster storm.

"We have about 2.5 million Floridians that are currently under some type of an evacuation order," said Gov. Ron DeSantis.

Saint Petersburg's mayor issued a warning for those staying behind. "After a certain time when tropical force winds are here, we will not be sending out first responders," said Mayor Ken Welch.

The storm made landfall Wednesday afternoon in the Fort Myers area. Life-threatening conditions are expected, including several feet of storm surge and more than 20 inches of rain in some areas.

"In some areas, there will be catastrophic flooding and life-threatening storm surge," said DeSantis.

The state is bracing for millions of power outages. Thirty thousand workers are on standby to restore electricity after the storm passes, and 7,000 National Guard members have been activated under the state of emergency.

"We could be everything from security, to transportation," said Major General Eifert, head of Florida's National Guard. "Aviation is a big part if we end up in search and rescue scenarios. So, we're kind of the Swiss army knife of operations. We can be used for whatever the Dept. of Emergency Management needs us to do."

CBN's Operation Blessing team has been pre-staging disaster relief supplies in Ocala, Florida so they can jump into action with aid once the storm passes.

An OB #disaster response team has been deployed to Florida with emergency supplies & equipment as #HurricaneIan approaches. This storm could hit the Gulf Coast of Florida with as high as a Category 4 storm surge.

“This is going to be a nasty nasty day, two days,” Gov. DeSantis said early Wednesday. “Do what you need to do to stay safe. If you are where that storm is approaching, you’re already in hazardous conditions. It’s going to get a lot worse very quickly. So please hunker down."

An odd precursor to Ian's landfall is signaling just how powerful the storm is – strong enough to suck the water out of Tampa Bay which is north of Ian's direct strike zone. Meteorologist Greg Dee with WTFS-TV in Tampa shared a video of the phenomenon on Facebook.

Meanwhile, parts of Georgia and South Carolina are preparing for the storm too. Georgia Gov. Brian Kemp has declared a state of emergency, with 500 National Guard troops on standby if needed. 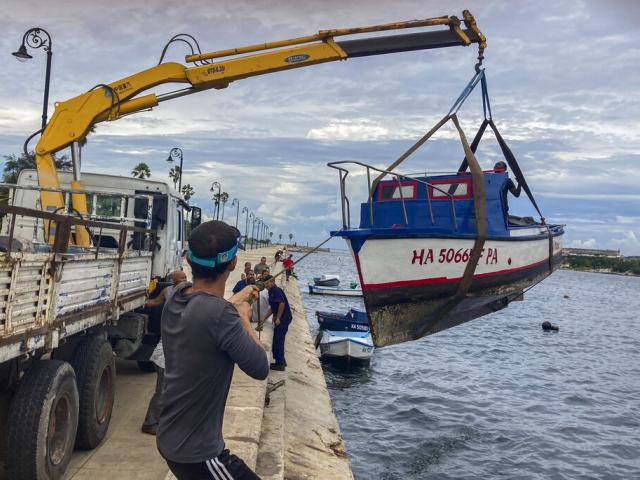 Tampa Braces for First Direct Hurricane Hit in 100 Years, and It Could Be a Dangerous Cat 4 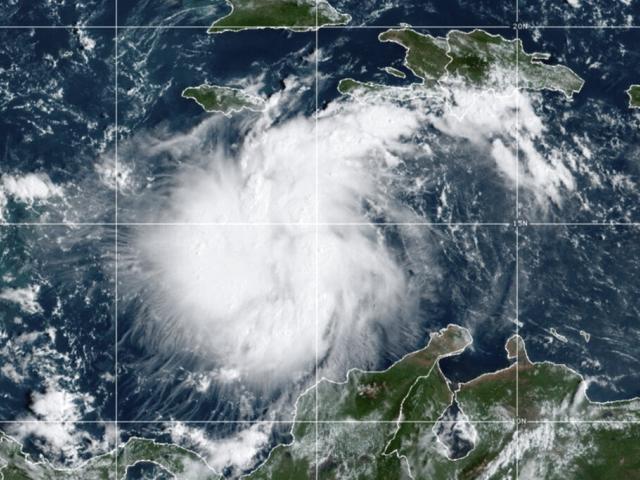