Sharks in the Streets, Homes Floating Away; Monster Storm Ian Heads to Carolinas 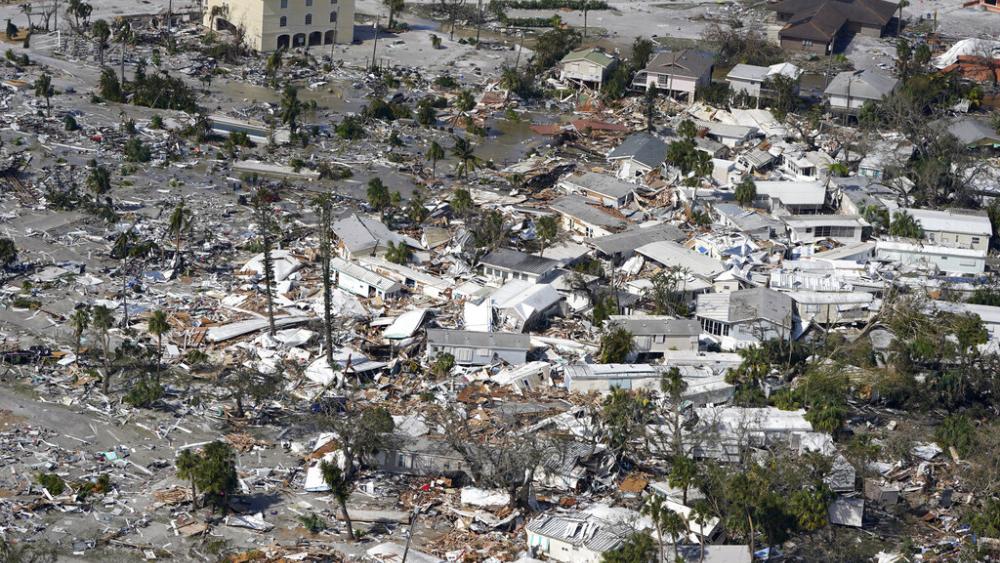 It's the fifth strongest hurricane to ever hit the American mainland, trapping people in flooded homes amid rising floodwaters.

Many survivors who refused to evacuate probably wished they had. No one knows yet how many lives Hurricane Ian has taken, but fears are mounting of a high death toll. "While I don't have confirmed numbers, I definitely know the fatalities are in the hundreds," Lee County Sheriff Carmine Marceno said on ABC's "Good Morning America."

Authorities were racing the past few days to rescue trapped individuals and respond to emergency calls. 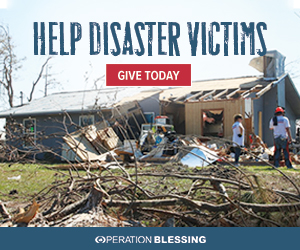 Hurricane Ian made landfall as a Category 4 storm with 150 mile-per-hour top winds, striking Charlotte harbor, south of Tampa, sending a storm surge of 12 to 18 feet through the cities of Fort Myers and Naples.

Fort Myers was left under 4 to 5 feet of water, and the streets of Naples were impassable.

#HurricaneIan slammed into the #GulfCoast of #Florida as a category 4 #storm, about 90 miles south of Tampa near #CayaCosta, #OperationBlessing is on standby and ready to move into the hard-hit areas with vital #disaster aid for #victims in need. https://t.co/gY22PP8LJ0 pic.twitter.com/F0cxcSH1wP

Sharks were seen swimming in the streets. Video showed a door in Naples blown in from the water. Large boats were pushed around like toys. Houses were seen floating away.

#BREAKING: Sharks are Reportedly swimming in the city streets.

Watch as sharks are reportedly swimming in the city streets of Fort Myers From hurricane Ian as the storm surge is so powerful that all sorts of sea life including Sharks are being washed up pic.twitter.com/pdGVbrDt7W

The storm dumped as much as a foot of rain on some cities as it barreled across the Florida Peninsula. Flash flooding is still a concern as it's expected to drop at least 30 inches of rain in some areas.

The first floor of a Naples fire station was inundated under more than 3 feet of water as firefighters worked to salvage equipment.

Ian will be remembered as one of the worst storms to ever hit the state of Florida, knocking out power to 2.5 million people. But Florida Governor Ron DeSantis says that number is going to grow. "You're going to see more power outages as this storm moves through the center part of our state and before it exits into the Atlantic," DeSantis said.

Before Ian hit, 42,000 linemen were already in place, ready to restore power in 30 different areas across the state.

Rescue teams and state officials are fanning out to help victims and begin assessing damage.

Operation Blessing has already begun assisting in the emergency from their base in Ocala.

OB is staying ahead of #HurricaneIan. Our team is in Florida and ready to respond to storm damage at a moment’s notice. Listen to Brody Carter's report from @CBNNews!

You can join us in providing much-needed assistance to #disaster victims: https://t.co/YuU30vnqYh. pic.twitter.com/hZtrxCf9Kn

Alan Motes with Operation Blessing said, "We're preparing some pallets of buckets for cleaning, we have plenty of pallets of water also for distribution, and then we have pallets of tarps, all those included in the trucks we'll be sending out. We have chainsaws and plenty of people who know how to operate those chainsaws, so in the case that we need to do any downed trees or anything of that nature, we're prepared to help."

Now a tropical storm, Ian has moved into the Atlantic and is expected to make landfall again in Georgia or South Carolina, bringing heavy winds, rain, and storm surge.