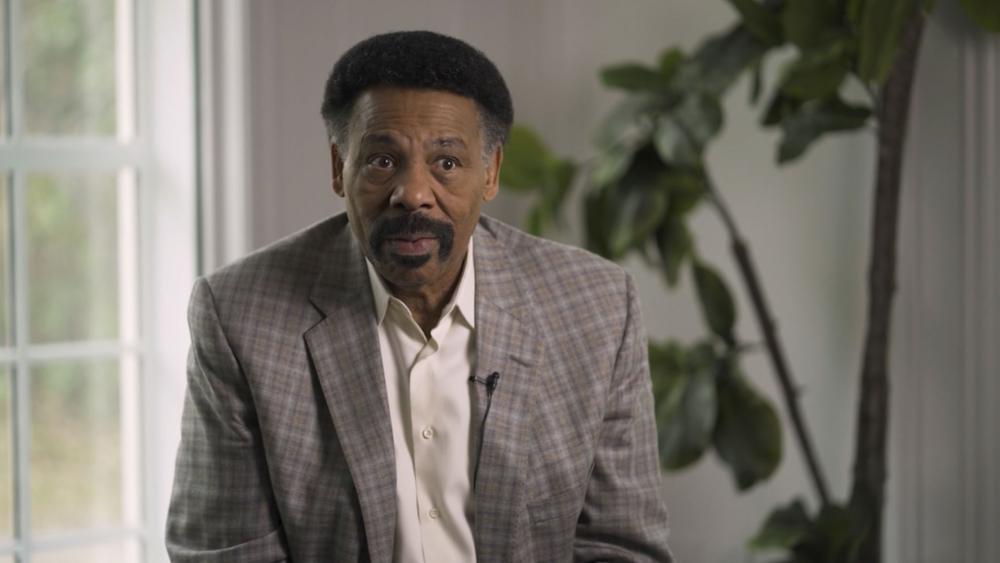 DALLAS – The summer of unrest in 2020 spawned a movement with millions in the U.S. and around the world advocating for justice reform and racial equality. It also sparked spirited backlash that subsequently was summed up in three words: Critical Race Theory.

From then until now, the phrase has been a source of controversy and confusion – the topic traversing from the schoolhouse to congressional hearings to pundits arguing vastly divergent viewpoints across the airwaves.

"CRT," its often-used shorthand, has also found its way to church pulpits, with some pastors casting it as sinful and others attempting to understand how it may fit into the Christian ethic of justice.

While Critical Race Theory continues to fuel cultural division, at least one prominent evangelical pastor and author believes the chaos it has caused could also be a part of God's divine plan.

"He may have allowed this for the purpose of a wake-up call," Tony Evans told CBN News during an extended interview at his ministry headquarters in southwestern Dallas.

Minefield of Race, Racism, and CRT

In the pulpit and now a newly-updated book, Evans is on a campaign to redeem the discourse around race.

Unlike many preachers uncomfortable stepping into the minefield of race and racism, the African American pastor is boldly diving into the crosscurrents of the cultural flashpoint, armed with a biblical message and a real-world example of what he believes CRT attempts to expose – publicly sharing an experience of how structural, or systemic, racism hit close to home.

After years of failed overtures, Evans' church, Oak Cliff Bible Fellowship, bought the nearby Golf Club of Dallas in 2020. Currently under renovation, the 157-acre course is open to the public, which was not the case originally.

"When we first moved to this community, the golf course – which comes up against the precipice of our church facilities – was segregated," Evans said, describing the neighborhood dynamics in 1976 when his church was founded. "African Americans were not allowed to play on it."

As times changed, so did the rules. Although the members' only club, formerly known as Oak Cliff Country Club, did not expressly deny Blacks, it adopted a policy of referral that required an invitation from a current member and then approval by two-thirds of the entire club. That made membership elusive for nonwhites.

According to Evans, the first African American that was allowed to play the course was in 1994.

"They had a structure in place to make sure that it stayed segregated," he explained. "Even if somebody would have invited me, I couldn't become a member. Even if that individual who invited me wasn't a racist."

Evans uses the property's history to describe what Critical Race Theory was designed to address – racism within systems rather than its existence among individuals. As a legal framework, CRT initially was conceived to give law school students a lens to examine laws that have changed for the good, while focusing on the legacy of unjust systems that evade the goal of equality.

Today, the CRT framework has been attached to gender identity and other controversial issues often associated as cultural touchstones, particularly for people of faith.

In 2021, the issue exposed a rift among Christians, driving a wedge within the largest Protestant denomination in the United States when Southern Baptists proposed resolutions against CRT. The move resulted in the exit of several prominent Black pastors from the SBC.

Evans sees the division as a stain on the church and its mission.

"If you're spending more time discussing CRT than KRT, then you've been tricked by the world," he warned in a sermon series in which he described CRT as "insufficient" for making an analysis without providing a solution.

Evans believes a solution is achievable only if Christians respond to their call for biblical unity, including the issue of race. The mega-church pastor, long embraced within evangelical circles, is offering an alternative framework he coined "KRT," short for Kingdom Race Theology.

"Rather than a theory, we wanted to deal with a theology because we wanted to talk about what God has to say," he said.

Evans's definition of KRT is an offshoot of his teaching on the "Kingdom Agenda," which he defines as the "visible manifestation of the comprehensive rule of God over every area of life" based on a passage in the Gospel of Matthew 16:18-19.

In that context, Evans contends race and racism are prioritized as kingdom issues rather than societal ills or cultural problems. The agenda also emphasizes the goal of reconciliation.

"Reconciliation demands that we look toward where God wants us to go while not ignoring where we've come from," he told CBN News. "That means we can teach honest history. We can teach some of the inequities that have gone on. Kids need to know about the pain of the past on either side of the tracks you happen to be on. But we can't stop with that conversation. We've got to go toward reconciliation because the whole cross is about reconciliation."

Evans believes when Christians pursue the path of reconciliation, it models a true picture of unity and opens the door for spiritual renewal.

"Biblical unity is simply oneness of purpose, not sameness of persons," he explained. "To the degree of our unity will be the degree to which God shows up and transforms our environment."

On Mission: Spiritual and Community Transformation

While some evangelicals may be uncomfortable with his stance or criticize his message for going too far, others have complained it does not go far enough.

Meanwhile, Evans remains focused on promoting the kingdom agenda, seeking the benefit of both churches and their surrounding communities. It's a mission his congregation has been devoted to for decades, which now includes acquiring the Golf Club of Dallas even though the pastor admits he's not a golfer.

"It's important that the church contributes to the comprehensive wellbeing of the community in which it's located," Evans said in a statement announcing the purchase. "Our foremost goal is to preserve the historical significance and use of the golf course. We also want to enhance it for the benefit of families."

"Oak Cliff Bible Fellowship made it clear that they want to see the golf course remain intact and plan to work on making it the focal point of the community like it has been in the past," Philip Bleakney, former owner and head golf pro, wrote in a letter to members confirming the move. "This is a win for not only our group and [the church] but also the immediate community and all the members and patrons that the course already serves."

NFL legend Pettis Norman, a former Dallas Cowboy and an avid golfer, was one of the country club's first Black members.

In a statement to CBN News, he described himself as "thrilled when [the] church purchased the club" and commended Dr. Evans for his leadership and investment "in our community and in our city."

"This acquisition shines a spotlight on unity," Pettis' statement added. "We are bonded as brothers and sisters in Christ. We have more in common than what separates us. Spirituality has no color, and this theme is pervasive throughout [Evans'] ministry."

Rhonda Connley started working at the club when she was just 19 years old. She recently returned as a re-hire to serve as its food and beverage manager. Taking note of the positive changes, she told CBN News her plan is to retire at the Golf Club of Dallas.

"I see the love that they're putting back into the building," she said. "I think the church is doing a great job, and it's nice to see that they're investing in the neighborhood."

The renovations and ongoing repairs are bigger than real estate or righting a wrong. To Evans and his congregation, they reflect the vision of the kingdom agenda and the mission of the church, which exists for the glory of God, to benefit others, and to illustrate the difference Christians can make when biblical principles prevail over the rising tides of culture.

Evans warns if Christians do not respond biblically to today's discord, it's not just the world who suffers – but the church of Jesus Christ as well.

"God will only bless us to the degree of our unity," he said. "So, if we keep this disunity we're actually keeping God away, because in John 17:23-24 he says, 'Perfect them in unity so they can see my glory.' So, we will not see him show up if we allow the division in the culture to remain a division in the kingdom of God through His church." 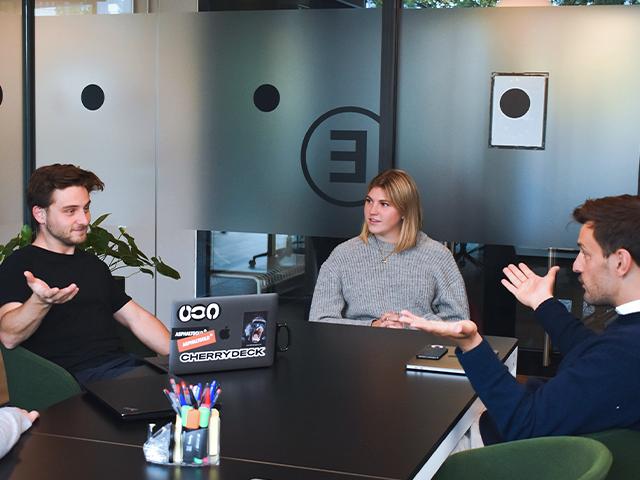 How to Keep Political Divisions from Hurting the Church Community 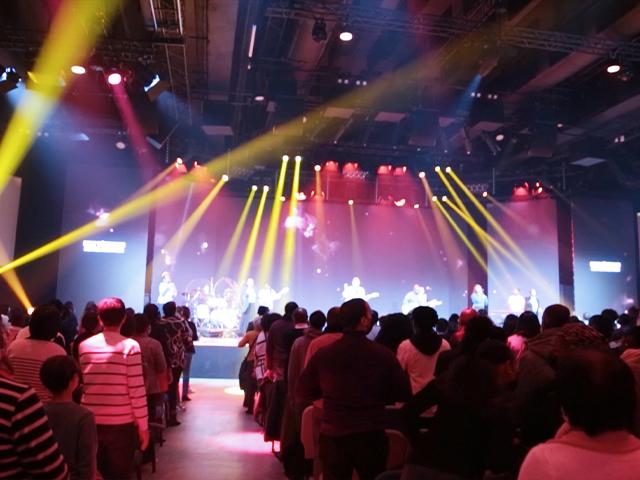 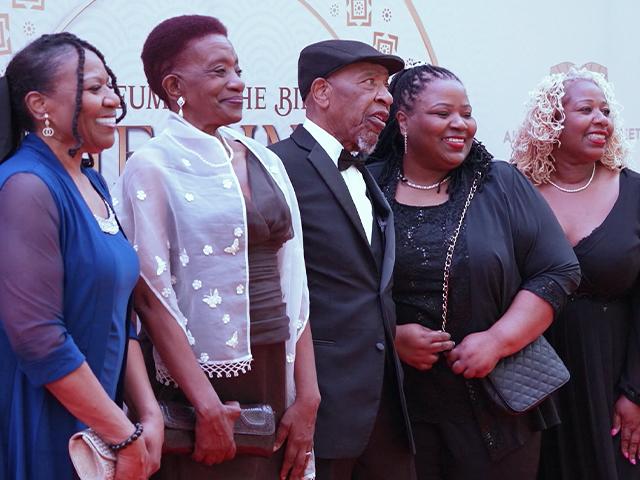 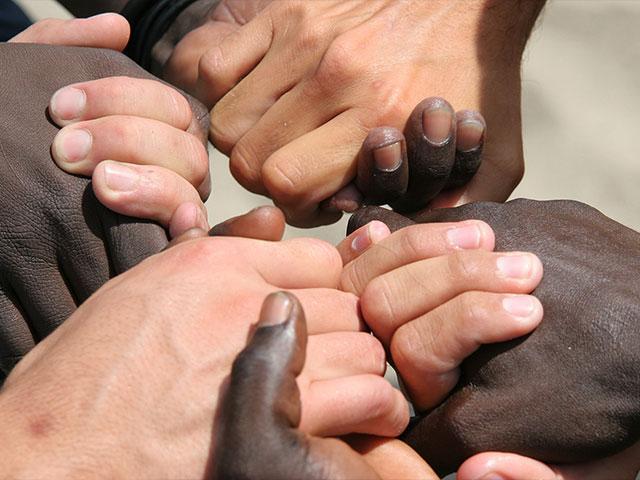