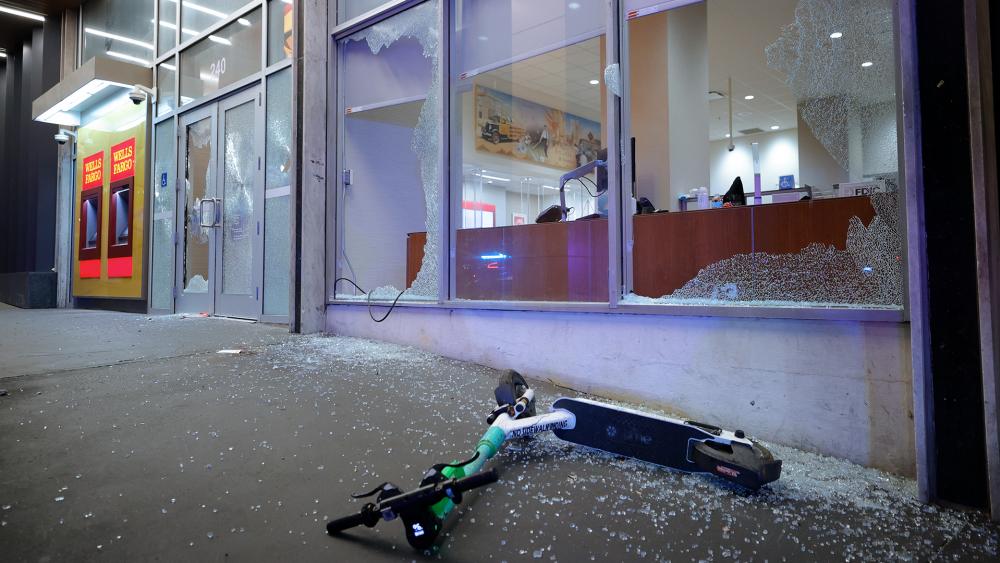 "It doesn't take a rocket scientist or an attorney to tell you that breaking windows and setting fires, that's not protesting, that's terrorism," said Police Chief Darin Schierbaum.

It's the latest in a series of confrontations between authorities and radical activists blocking the construction of a new police center.

The protestors called it a "night of rage" after one of their members was killed when police returned fire after an officer was shot.

The police were clearing out an illegal camp on the property where the city plans to build the new center.

The Georgia Bureau of Investigation said 26-year-old Manuel Esteban Paez Teran, who went by the name Tortuguita, was killed by officers after shooting and wounding a state trooper. Activists have questioned officials' version of events, calling it a "murder" and demanding an independent investigation.

According to the GBI, the incident was not recorded on body cameras. The bureau said Friday that it determined the trooper was shot in the abdomen by a bullet from a handgun that was in Tortuguita's possession. 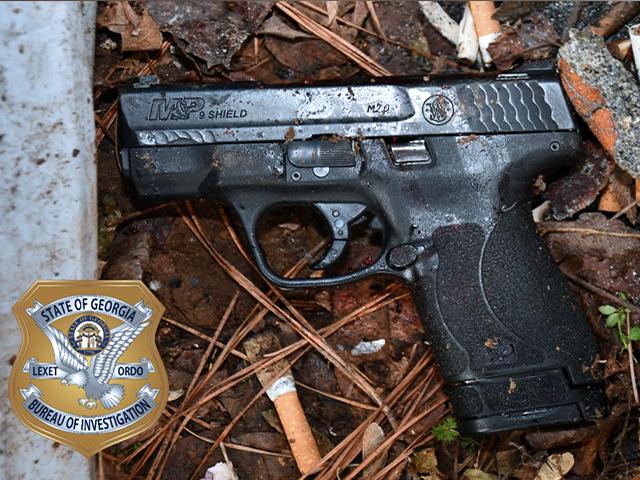 Photo of a Smith & Wesson M&P Shield 9mm that was in Manuel Esteban Paez Teran’s possession when a Georgia State Patrol trooper was shot on January 18 at the site of the future Atlanta Public Safety Training Center. Forensic ballistic analysis has confirmed that the projectile recovered from the trooper’s wound matches Teran’s handgun. (Photo by Georgia Bureau of Investigation)

The GBI said about 25 campsites were located and removed in Wednesday's raid, and mortar-style fireworks, edged weapons, pellet rifles, gas masks, and a blow torch were recovered.

Opponents of the training center have been protesting for over a year by building platforms in surrounding trees and camping out at the site.

They say the $90 million project, which would be built by the Atlanta Police Foundation, involves cutting down so many trees that it would be environmentally damaging. They also oppose spending so much money on a facility they say will be used to practice "urban warfare."

Word of Saturday's protest had been widely circulated ahead of time on social media and among leftist activists, with some passing out flyers that read, "Police killed a protester. Stand up. Fight back."

Georgia Gov. Brian Kemp tweeted Monday: "Only one perpetrator arrested during Saturday's riot is from Georgia. None of those arrested during last week's operation are from Georgia. Law enforcement demonstrated how quickly we shut down those trying to import violence from other states, and we'll continue to do so."

Law enforcement demonstrated how quickly we shut down those trying to import violence from other states, and we'll continue to do so. https://t.co/ZZwmOUbFRw

Kemp was referring to Graham Evatt, 20 from Decatur, Georgia who was arrested Saturday night.

"My message to those who seek to continue this kind of criminal behavior: We will find you, we will arrest you, and you will be held accountable," Dickens told reporters during a press conference.

"Antifa groups started flooding into the area planting pipe bombs and other things, taking over the land to deny the police their training facility to prevent the development of the land," he said during his show on Jan. 20.

Erickson reports Antifa also targeted a building contractor with ties to law enforcement, firebombing their offices as well as a youth center linked to the business.