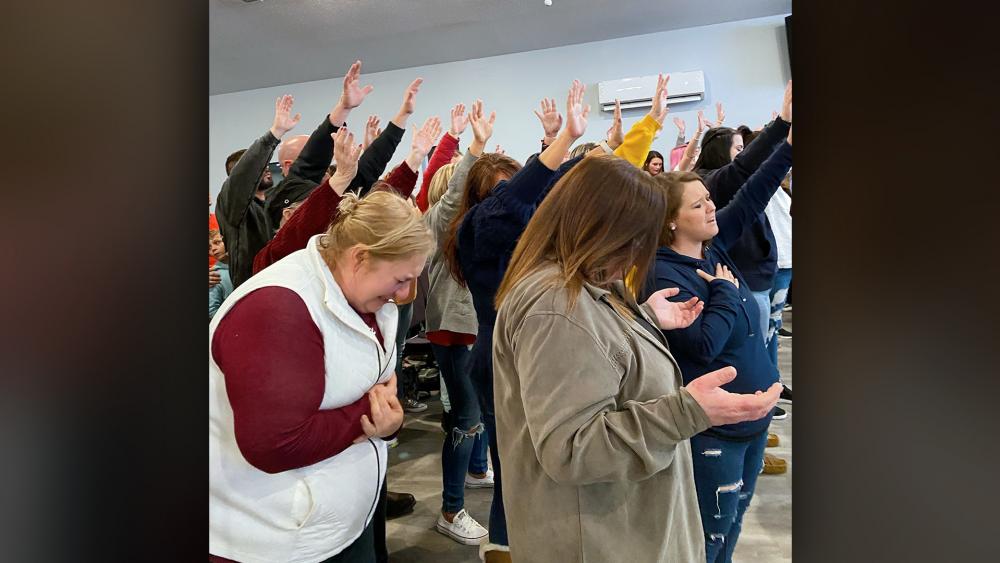 A sweeping revival is taking place in a small community in southeastern Kentucky where hundreds of people are being changed by a move of God's Spirit.

Pastor Scott Phipps tells CBN News that "God is moving in a mighty way" as people are being delivered, healed, and set free from addiction.

For the last 77 nights, nearly 300 people have shown up to North Main Community Church in Barbourville, Kentucky to have an encounter with God. 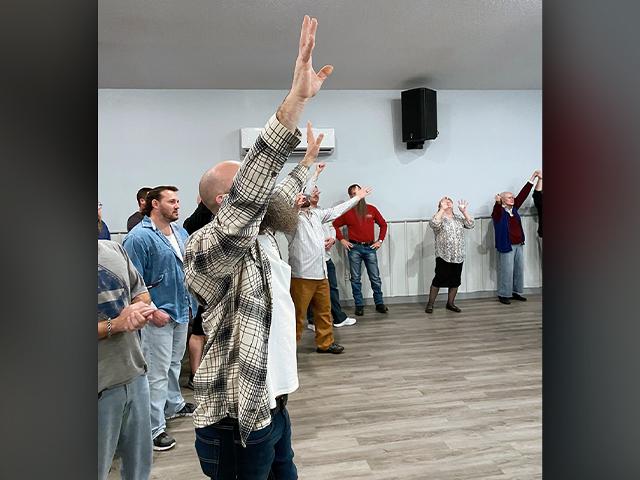 "People are really pouring their hearts out to the Lord and the altars are full," Phipps said. "There's no room at the altars and people are just pouring in."

He added, "Any given night if you were here, you are going to have a minimum of 150 people that's been delivered from drug addiction. You see such a hunger."

Phipps says he is seeing a big move of God among young people. 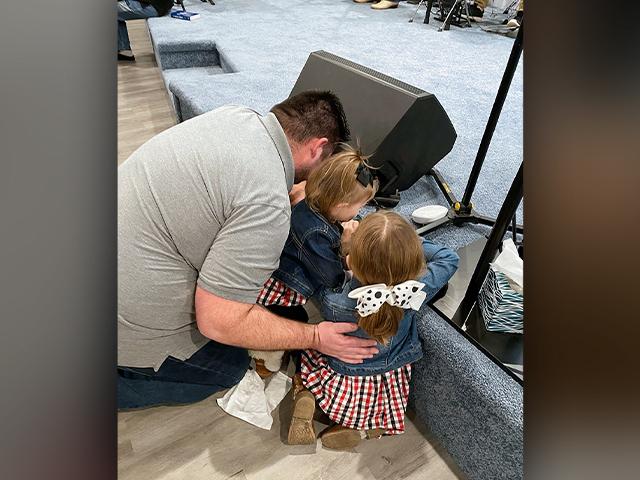 "I think we live in a time where a lot of people say 'well my kids have got homework' that's fine [because] kids need to get an education, but when those kids grow up and they are not interested in God because they are pursuing their career, then you realize their homework was important but their relationship with God through Christ was so much more important," he explained.

He added, "This younger generation is so disconnected from Christ...and I think it is a great hour because it is so dark."

For Phipps, this small-town revival is 29 years in the making.

A former addict, Phipps dealt drugs in that very same community for years. But when his wife, Tammie, found Christ he knew he wanted to change his life.

"She came home and said 'God saved me. I don't want to do drugs anymore and I love you now.' And I remember how mad I got. Then I thought, 'Well me and this God thing isn't going to work.' And then I tried to give her drugs and she wouldn't take them and then I knew it was real. It done something to me," he shared.

The next day, he went to a church and gave his life to Christ.

Now the 58-year-old and his wife run one of the area's largest addiction recovery centers, Hope City and Redemption Road Recovery, and those who have been helped by their ministry are coming to the revival in droves.

"God has just been moving and moving and I am thankful it has never stopped," he said

He added, "All I know to do is to keep loving the Lord and sharing his Word. I know all these people are trying to figure out 'how do we evangelize and keep preaching the Word.' The Lord gave it to us. He said, 'If I be lifted up, I will draw all those unto me.' And He is lifted up in our life." 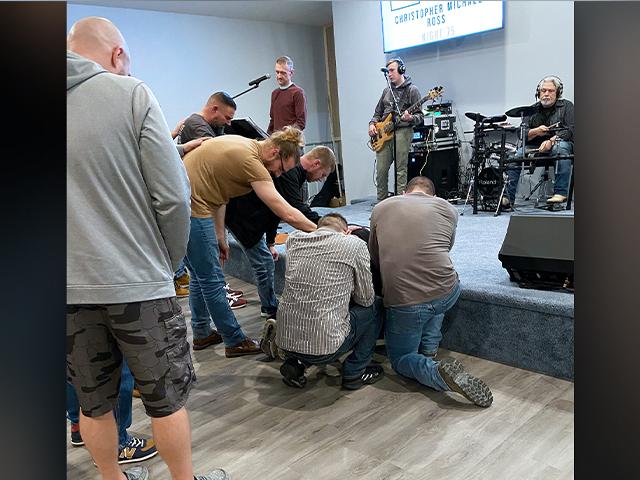 Phipps told CBN News Barboursville County is rampant with drug use and abuse.

"The area is plagued with drugs. Methamphetamine [and] heroin are so cheap now. 29 years ago, when I was dealing drugs, an ounce of meth was $2,200. Now an ounce of meth is $200. It's really bad! People are trading their lives for it."

In 2015, former President Barack Obama announced an initiative to combat the rampant drug use in that area of Kentucky.

"The most important thing we can do is reduce demand for drugs, and the only way that we reduce demand is by providing treatment and thinking about this as a public health problem and not just a criminal issue," Obama said during a panel discussion at the 2016 National Rx Drug Abuse & Heroin Summit.

But those bound by drugs are seeing miraculous healings and restoration in their families because of what God is doing. 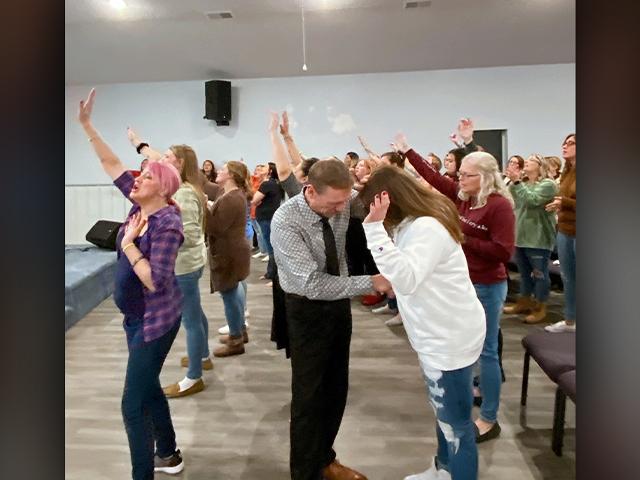 "Girls with Hepatitis C [with] no medicine now are completely healed with no Hep C," Phipps explained.

"Addicts have been delivered every night. And one thing about the people coming is that most of them do not have any background in any Christianity whatsoever," he added. "The Lord says those who have been forgiven much, loveth much, and many of these people were at death's door."

Phipps doesn't know when the revival will end but recognizes that the Lord is in charge. 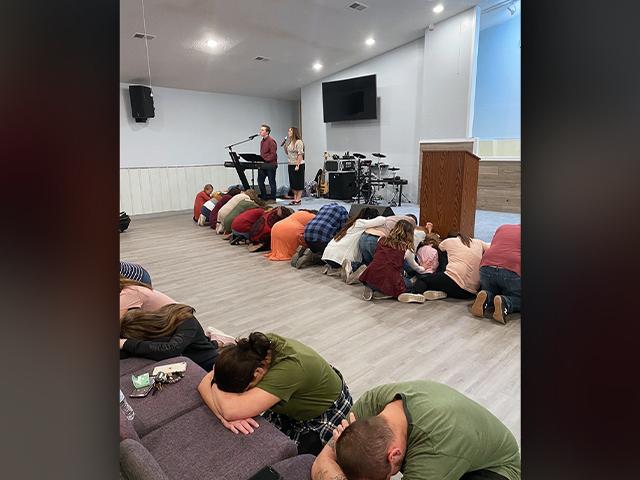 "God has brought restoration and it is just growing and growing," he said.

Phipps explained, "As far as the world is concerned it looks like it's not going to get better, but at the same time the Bible says we would shine as light in the midst of a dark world in a crooked and perverse generation and nation. It is a great time for [revival]."