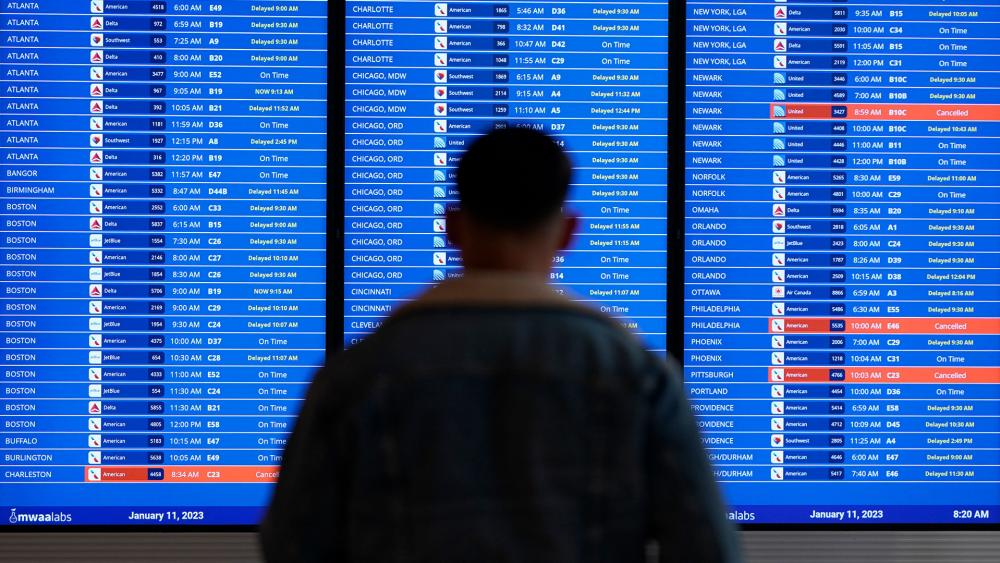 A traveler looks at a flight board with delays and cancellations at Ronald Reagan Washington National Airport in Arlington, Va., Wednesday, Jan. 11, 2023. (AP Photo/Patrick Semansky)
6318527336112
Thousands of Flights Canceled/Delayed After FAA Computer Outage

The transportation agency said in a tweet that the problem stemmed from an overnight outage with its Notice to Air Missions System used to alert pilots of closed runways, equipment outages, and other potential hazards along a flight path.

"There's just a lot of frustration and confusion," said one air traveler from Washington.

Mounting delays and long lines added to that frustration after the FAA system failure. The Transportation Department is leading an investigation into what led to the outage. So far, no details have been made public.

"I just spoke with {Transportation Secretary Pete} Buttigieg. I was on the phone with him for about 10 minutes," said President Joe Biden. "They don't know what the cause is. I told them to report directly back to me when they find out."

Although the FAA resumed domestic travel by 9:00 am Eastern time, the damage was already done. It caused major headaches for travelers with thousands of flights either delayed or canceled.

"I'm hoping that I don't have to drive from Detroit to Memphis," said Dwayne Gil, who was waiting to fly out of Michigan.

The glitch is raising many questions while causing a monumental inconvenience. It continues to impact almost all passenger flights and shipping.

"We do not have evidence that this outage was caused by a cyberattack," said White Hosue Press Secretary Karine Jean-Pierre during Tuesday's press briefing. "The FAA is working aggressively to get to the bottom of the root causes of the system outage so that it does not happen again."

The incident comes just weeks after Southwest Airlines canceled thousands of flights due to logistics and its flight path model. It also had a technology outage back in June.

Some aviation analysts believe the FAA's system is outdated. In fact, Transportation Secretary Buttigieg told CNN an outdated system should be a key question for officials to investigate. 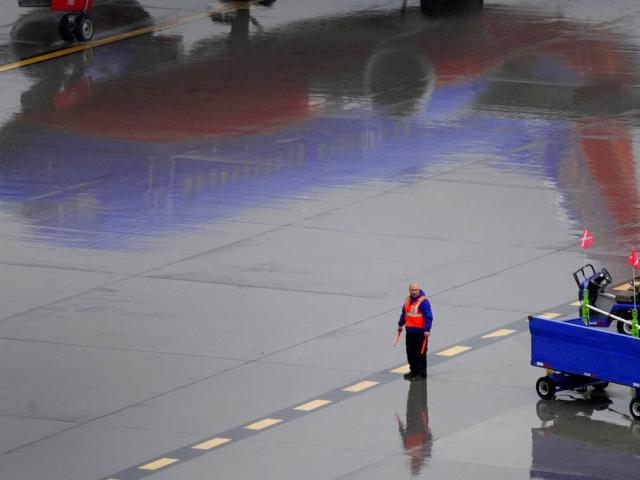