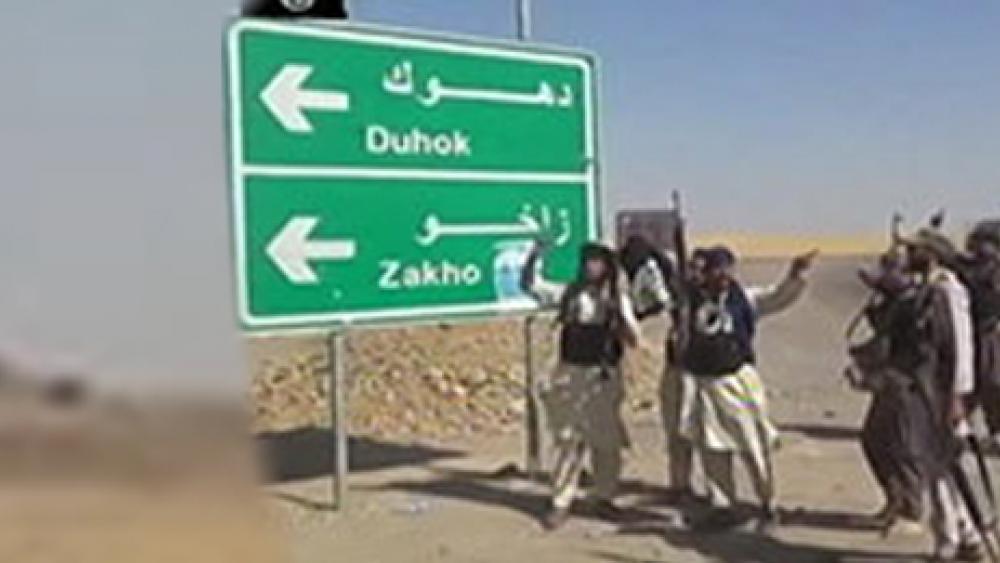 EDITOR'S NOTE: Claims that ISIS has been beheading children has been largely reported in mainstream and social media. But upon further investigation, CBN News has been unable to confirm the veracity of this specific claim. We have confirmed that children are being brutally killed and the situation for Christains and other non-Muslim groups remain dire.

ERBIL, Kurdistan -- Islamic terrorists in Iraq are killing children and burying people alive, and it won't stop there. They have a message for America: "We're coming for you."

In just one day, tens of thousands of Christians fled from towns like Qaraqosh and Bartilla, about 25 miles away. Most came to the town of Erbil with nothing more than the clothes on their backs.

"America is at a crossroad," says Retired Gen. Paul Vallely, who has more than 15 years of experiencce in special operations and other military ops. He shared his insight on the chaos in Iraq and how it will impact America, on The 700 Club, August 11.

"They take everything from the house, from the store, everything," one refugee told CBN News. "They hate Christian especially. We don't know why."

The choice was leave or die.

"They say if anyone don't [sic] become like Muslim, we['re] going to kill them, each one, from baby to women to old man," he said. "We don't have anything here," one woman told CBN News.

"They bombed the churches and already took our houses," she continued. "We have nothing here. No money. No ID. No travel documents."

Dr. Sarah Ahmed, with the Foundation for Relief and Reconciliation in the Middle East, called the attacks "a genocide."

The Yazidis follow an ancient religion with ties to Zoroastrianism.

"That ISIS was shooting the kids and people, and they were laying them on the ground and they bring tractors that they walk [drive] over them in front of their families," she said. "They take women out of their houses so if a family had three daughters, they would take one."

In the wake of the ISIS advance, thousands of ethnic Yazidis escaped to a mountain outside the town of Sinjar. Some Christians found shelter at a Catholic compound in Erbil. These families fled a few weeks ago when ISIS ethnically cleansed the city of Mosul. The Islamists gave an ultimatum to the Christians there.

"They gave us four choices," one refugee told CBN News. "Either convert to Islam or paying tax [jizya, the Islamic tax on non-Muslims] or leaving the city or the sword."

"They are using the sword to cut off hand[s] and also beheading other[s] so I don't think this is the behavior of human beings, but wild animals do that," he concluded.

ISIS looted their properties and left them destitute. One woman told CBN News they took her dentures, wedding ring, and documents.

"They took everything," she said. "We asked them please give us something to show that we owned our car, our home. They said, 'Here, you have nothing.'"

In searching the home of one Christian in Mosul, ISIS found two New Testaments, one with a camouflaged cover and the other with a picture of an American flag inside. The terrorists accused him of being a missionary and a spy.

ISIS put his name on a list. When he told CBN News his story, he asked us to hide his identity.

Sometimes the pressure is overwhelming.

"Jesus save me," he said, weeping. "Forgive them. Forgive them because they didn't know what they want, what they ask."

Even though these Christians are the indigenous people of the region, many simply want to leave. They're pleading for the United States, United Nations and Pope Francis to come to their aid.

"We are asking the responsible states of the international community to come and look and see how all the people are living here," one woman said.