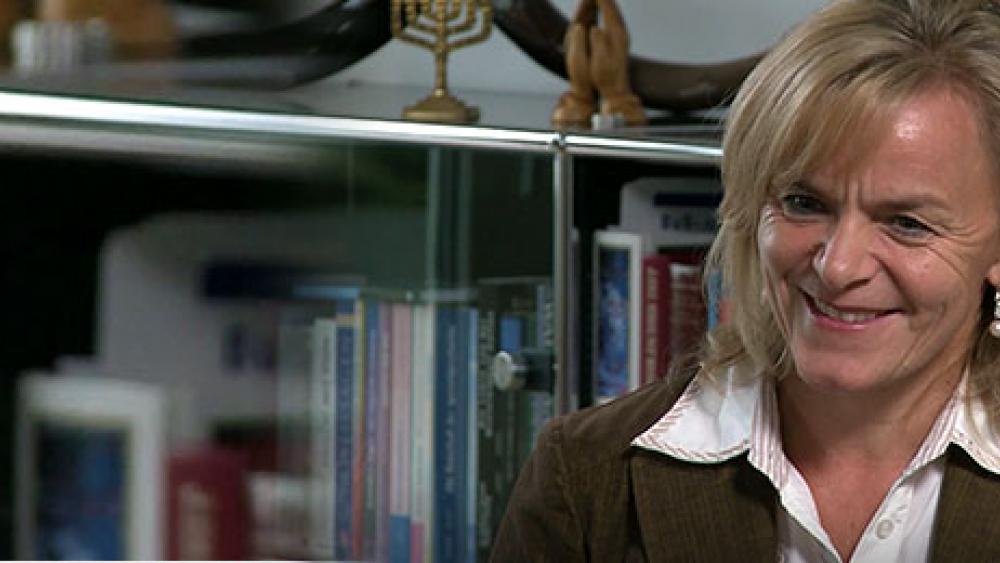 FRANKFURT, Germany -- American Christians are sometimes insulated from the high cost many believers around the world must pay for taking a stand for Christ. Heidi Mund, the woman known as the "brave German," is now experiencing this firsthand.

In 2013, when a Muslim imam was giving the Islamic call to prayer inside a historic German church, Mund stood up and proclaimed that "Jesus Christ is Lord of Germany."

"I break this curse!" she yelled, warning the audience that what was happening was a lie.

The YouTube video and our CBN News story were seen by millions, and soon Mund became known around the world.

If you are interested in helping Heidi Mund, she is able to receive donations via Paypal at heidimund@me.com. Heidi blesses you and thanks you for your help in her fight.

Although she does not want the credit, some believe what Mund did broke a curse over Germany, setting the stage for the massive street demonstrations against Islamization the following year by the citizens group Pegida.

"Some people tell me, 'Did you know you broke the curse over Germany?'" she said.

But today, Mund is paying a heavy price. Police patrols keep watch outside her home, and a far-Left radical group leafleted her neighborhood, telling residents they live next to a racist and threatening her with violence.

When she and her husband Matthias tried to start a Frankfurt chapter of Pegida, she came under intense attack in the media, and Mathias was fired from his job.

A local association of pastors distanced themselves from her, asking if Jesus would join a group like Pegida.

And in a nation like Germany where loving your country and flag-waving patriotism is viewed with suspicion, Internet videos mock her as a Nazi.

What none of these people probably saw was what CBN News witnessed on a chilly street in downtown Frankfurt last year, where this alleged "Nazi" was setting up for her street ministry to give away Christian DVDs to anyone who would take them, but especially to Muslims.

"God uses me very often for Muslims," she told us. "It's our commission to give them the Gospel of Jesus Christ. Only Jesus can fill their hearts, the lack and the hole in their hearts. Only He can."

"And if they meet Jesus, accept Jesus in their lives as their savior and their Lord, the Holy Spirit will change them and they will not be our enemies anymore," she said.

But Mund has had to stop her street ministry and now lives in semi-isolation, going outside only when she has to. With no income, the Munds may lose their home.

Waiting on the Lord

She has since left Pegida, a group the German media portrays as Nazis but that Mund says is mostly ordinary people simply concerned about their nation:

"There are some, of course," she added. "But I believe most of them are honest and they really have this aim to protect Germany from this brutal ideology [radical Islam]."

Now she is waiting on the Lord and trusting God to see her through a very difficult period.

"It could push us down and we could be depressed or discouraged, but Jesus is always Lord," she said. "Just hold on and walk in His ways."