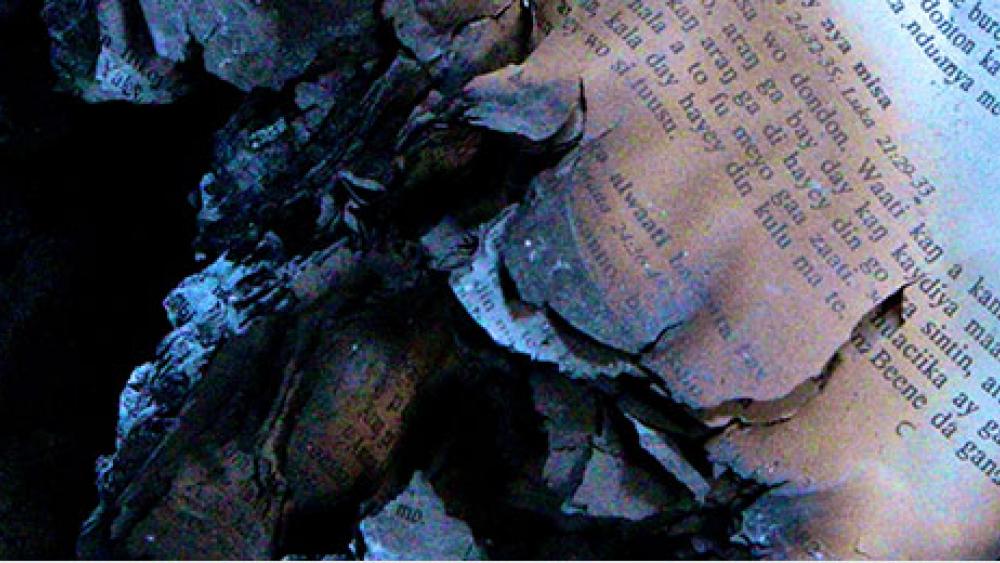 NIAMEY, Niger-- It took only a few hours, but it was enough time for hundreds of radical Muslims in Niger, West Africa, to destroy dozens of churches and several Christian homes. Ten people lost their lives and hundreds were injured when Muslim mobs went on the deadly rampage in early January.

Now, three months later, Christians living there are moving forward, determined to still preach the Gospel despite the dangers.

"They took pews, Bibles, chairs and sound equipment then set them on fire," Issa, pastor of Bethel Horizon Church in Niamey the capital city, said. "They did this while chanting, 'Allahu Akbar!' I felt so sad. I started to cry."

"I feel horrible when I watch the video. I ask myself 'Why'? Why did they do this to us? What did we do to deserve this?'" Issa said.

About 3,600 miles away in Niger, Muslims, angered by the cartoons, attacked the country's Christians in revenge.

"We spent years building the church," Issa told CBN News while standing in the ruins of his church. "Within minutes it was all gone!"

"Sixty-nine churches and 11 homes were destroyed. That's a total of 80 Christian buildings within a few hours," Kimso said.

Kimso, head of the Alliance of the Evangelical Churches in Niger, says the viciousness of the attacks shocked the Christian community.

In Zinder, Niger's second largest city, attackers burned all but one church to the ground. And in the capital city Niamey, 45 churches were destroyed, including Pastor Kimso's.

"Absolutely, it was premeditated," Kimso said. "It was organized. It was shocking because systematically in a few hours churches were targeted and houses attacked, so it means that someone organized and executed this plan."

Three months later, the government of Niger has still not arrested anyone in connection with the attacks.

"I tell our brothers and sisters that we don't wrestle against flesh and blood but against principalities," said Kimso. "We have to encourage ourselves because persecution is part of the life of the Church. There is no church that existed without persecution."

CBN News visited one such school on the outskirts of Niger's capital city. The school was home to some 240 students, the majority of whom were Muslim.

As the Muslim mob ransacked each classroom, they left behind this message on each blackboard: "There is no God but God and the Prophet Mohammed is his messenger."

"I think this message on the blackboard they are trying to tell us (Christians) that we really don't belong here. This is a Muslim area and they want to keep it pure for them. They don't want any Christians here," Bye said.

"Islam is a religion of tolerance and peace," Boubacar Seydou, of the Islamic Association of Niger, said. "In Islam, we are not familiar with such acts of violence!"

In his first television interview since the attacks, Seydou denied that Muslims were involved in the attacks.

"Muslims did not take part in these attacks. Sure, there were many Muslims protesting the cartoons, but no one pushed them to attack churches. I'm sure if we arrested some of those involved in the church burnings you'd discover that in fact Christians were among those taking part in the violence!" Seydou said.

Pastor Zakaria Jadi, whose church and home were among those destroyed, says it is ludicrous to claim Christians were involved.

"The mob kept chanting over and over in Arabic 'God is great!' God is great' as they robbed and burned my home. I've lived with Muslims all my life. I know a Muslim when he stands in front of me!" Jadi said.

The Nigerien government is in negotiations with members of the Christian community to try and figure out how on earth they are going to rebuild all these churches. In the meantime, with so many churches still destroyed, many Christians are gathering in the shadows of their burned out churches.

Pastor Jadi's wife Ruth, holding her burned Bible, has forgiven the men who committed this atrocity.

"My prayer is that they would come to know Jesus and that the Lord would touch them even in a dream. I want God to do to them what He did to Paul the Apostle when he persecuted Christians. God touched him on his way to Damascus. I want those men to experience the same touch from God!"

That is Pastor Issa's prayer, too. Today he spends time developing closer friendships with several of his Muslim neighbors who actually fought back as the mob destroyed the church and his home.

"When the first and second wave of rioters came, some of my Muslim neighbors stood in front of the church. But as more rioters attacked with deadlier weapons, it become too dangerous - so I told them to let them in," Issa said.

Pastor Jadi says the threats have not subsided, but he's alright with that. He believes God is preparing Christians in Niger for great times of revival.

"The Lord is training us; He's building us. There cannot be increase without hardships. If you want to go to the next level you have to go through hardship," Jadi said.