A recent chemical weapons attack launched by ISIS in Northern Iraq is another sign of the terror group's growing capability to obtain and use the deadly weapons.

CBN News Military Correspondent Chuck Holton traveled to the area where he found evidence the Islamic State launched 30 mortar shells near Sinjar this month. Those shells turned out to be chemical weapons.

"It sickened about 175 Kurdish soldiers who were here in these positions along the front lines," Holton said.

The humanitarian group, Free Burma Rangers helped treat the exposed soldiers, one of whom suddenly collapsed while receiving aid.

Another soldier said his chest is clogged and that he has trouble breathing. Holton and the team discovered signs of the chemical weapons surrounding the demolished city of Sinjar.

Holton explained the significance of this latest attack.

"If ISIS has access to chemical weapons and is able to make them or has a stockpile, these things could very easily be moved around the globe and used with horrible effect," he said.

ISIS continues to advance in Northern Iraq, although Peshmerga forces recently re-took the city of Sinjar. They found heavy destruction along with many IEDs.

Kurdish and Peshmerga forces hoped that capturing Sinjar would cut a key supply line between Mosul, Iraq, and ISIS headquarters in Racca, Syria.

However, ISIS has found a secondary road south of Sinjar and continues to move troops and supplies between the two countries. 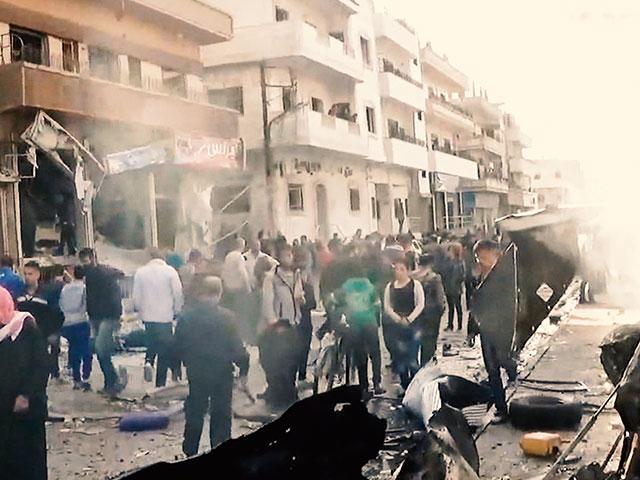