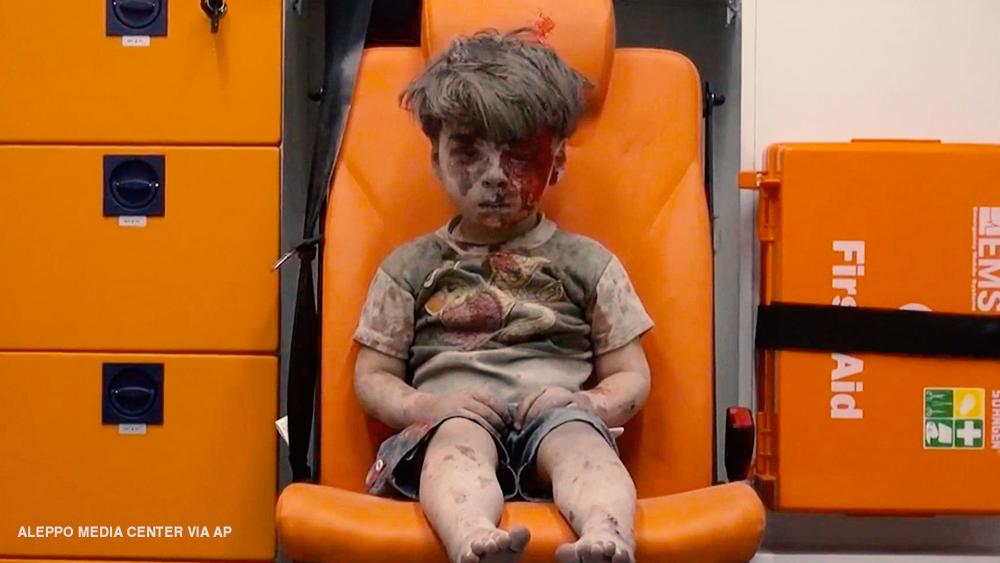 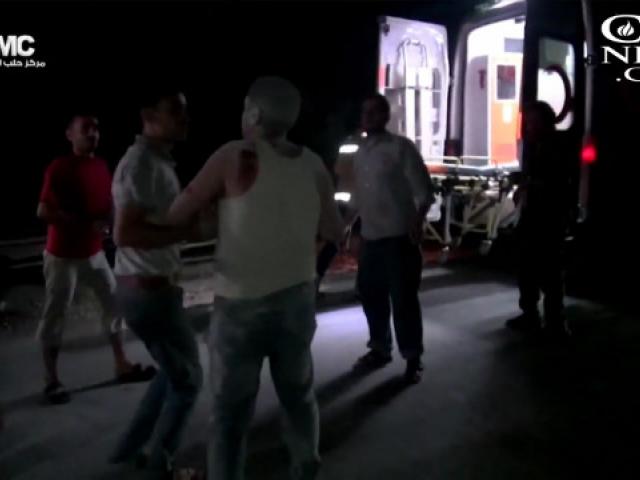 Watch the interview with CBN's Gary Lane about the plight of Syrians trapped in the middle of the nation's five-year civil war.

DAMASCUS -- It's a video image that is touching hearts and minds around the world, one that refocuses attention on the Syrian civil war.

Rescuers pulled 5-year-old Omran Daqneesh from the rubble of his bombed out apartment building in Aleppo.

Injured and in shock as a result of a Syrian government air strike, the boy wipes his brow and discovers that he is bleeding.

The images were captured by Aleppo Media Center, a group that has documented human rights atrocities committed by the Assad regime.

They included the continued use of cluster bombs and chemical weapons despite President Barack Obama's  drawing of a red-line against their use three years ago.

Under threat of U.S. air strikes, the Syrian government backed down and said it would either turn over, or destroy its chemical weapons stockpile. Although evidence suggests the government is still using the weapons, the U.S. has taken no action to stop the regime.

Fighting has intensified in Aleppo, Syria's second largest city where the government wants a victory against anti-regime rebels. A major win here may lead to an end of the five-and-a half year old war, and the suffering of millions like little Omran.

But on-again, off again peace talks in Geneva center on one major issue: President Assad and his government being forced from power.

Many people here in Damascus and Christians included say they want Bashar Al Assad to stay. But the opposition negotiators meeting in Geneva say there won't be peace until he goes.

That may cause the war to drag on for many months--and maybe even years to come.

Meanwhile in Washington, Republicans are slamming President Obama for making a $400-million dollar cash payment to Iran in exchange for the release of three American prisoners.

House Speaker Paul Ryan said the administration has misled the country about the ransom-for-hostages deal since January.

Ryan's remarks came Thursday after the U.S. State Department admitted the payment was made only after the prisoners were released.

"We of course sought to retain maximum leverage until after American citizens were released. that was our top priority, " said State Department Spokesman John Kirby.

That also led to a stinging rebuke of Obama from Republican Presidential Nominee Donald Trump.

"He said 'we don't pay ransom,' but we did. He lied about the hostages, openly and blatantly just like he lied about Obamacare," insisted Trump during a campaign stop in Charlotte, North Carolina.

No word yet from Hillary Clinton about the Iran exchange and the state department admission. President Obama insists there was no quid-pro-quo.

Critics say even if the president is right--there was no money exchanged for prisoners--it appears there was, and that means more Americans may have a bounty on their heads in the future.