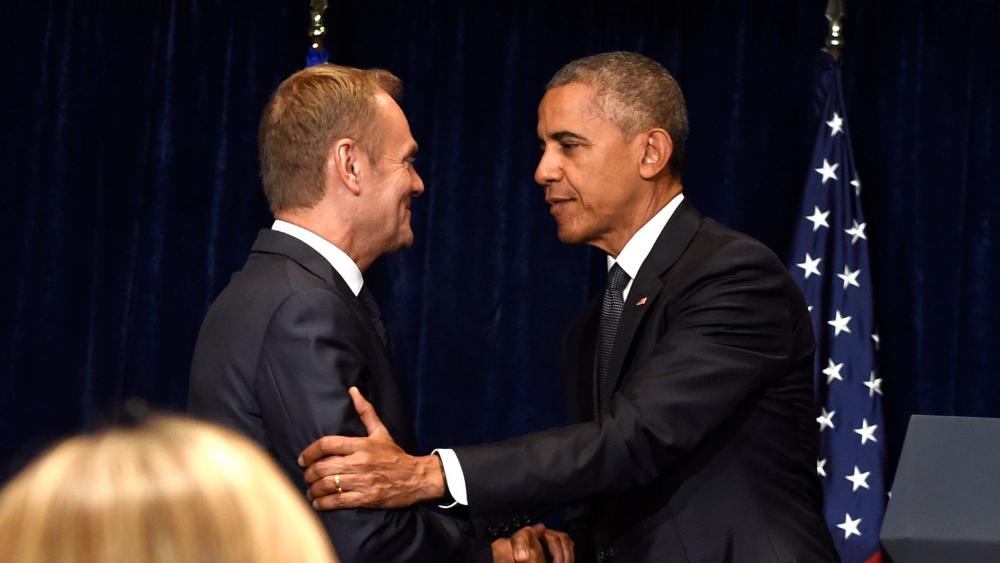 Leaders of NATO and the European Union nations have signed a "historic deal" to boost their cooperation in defense against new challenges.

The deal was inked Friday in Warsaw, Poland, shortly before a NATO summit opened there to show the Western world's unity in facing threats from the East and the South.

NATO Secretary-General Jens Stoltenberg said it was a "historic deal" that gave "new substance, new impetus" to the EU-NATO partnership in fighting hybrid warfare, cyberattacks and containing the massive wave of illegal migrants.

Meanwhile, President Barack Obama is calling on European Union leaders to stand firm against terrorism, Russia, and other challenges now that Britain has left the EU.

The president published his remarks in an op-ed for The Financial Times.

"I believe that our nations must summon the political will, and make concrete commitments, to meet these urgent challenges. I believe we can -- but only if we stand united as true allies and partners," he wrote.

His statement comes as he meets with EU leaders in Poland to weigh the impact and consequences of the so-called Brexit.