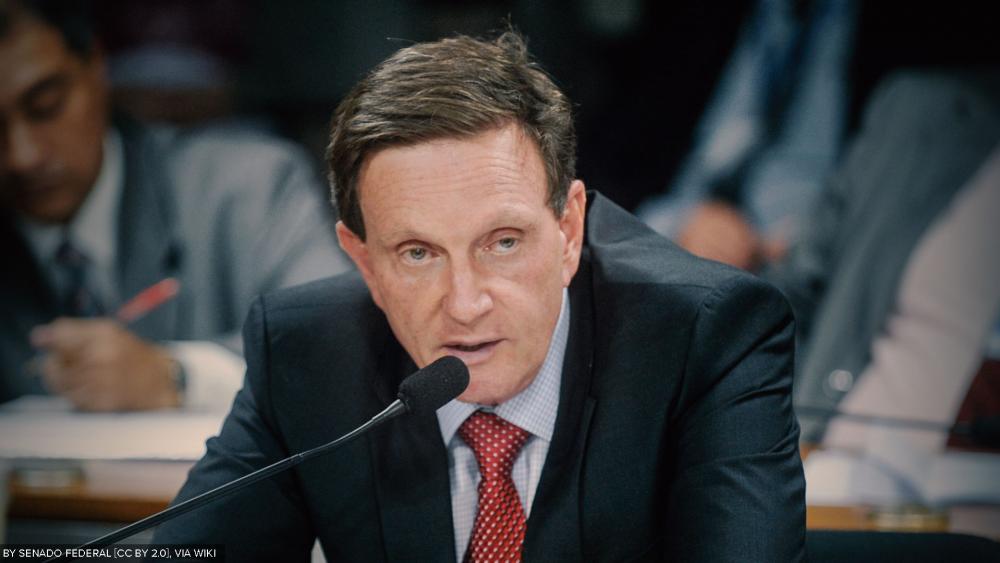 Marcelo Crivella, a prominent evangelical pastor, got 59 percent of the votes in a Sunday runoff election against Marcelo Freixo, a socialist state representative.

Analysts say Crivella's win is a sign of widespread frustration with the country's left-wing political parties and an indication that voters are looking for people with little political experience.

"How is it possible that in Rio de Janeiro, a city of joy and openness about sexuality, there will be a mayor who is very conservative, discriminates and opposes Afro-Brazilian religions?" Mauricio Santoro, a political analyst at Rio's State University, told VOA News.

It's also another sign of the rising influence of Brazil's exploding evangelical population.

Brazil has the largest population of Roman Catholics in the world, yet 22 percent say they are evangelical Christian.  Rio's evangelical churches are some of the fastest-growing in the country, according to a Pew Research Center survey.

Crivella is a bishop at the well-known Universal Church of the Kingdom of God (http://www.uckg.org.au/default.aspx), founded by his billionaire uncle. He also served for 10 years as a missionary to Africa.

Negative comments he made about other faiths back in 1999 found their way into the political race.

In a book that he wrote while in Africa, Crivella referred to Catholics as "demonic," accused Hindus of "child sacrifice" and denounced homosexuality as "malign."

He apologized repeatedly for those comments calling them the work of an "immature" missionary.

"I love the Catholics, spiritualists, evangelical, everyone," he said during the mayoral campaign. "If ever I offended anyone, I ask forgiveness. The same in relation to homosexuality."

Still, his past comments did nothing to stop his landslide win.

"I pray to God that my public life, as rocky as it has been, can teach all Cariocas that our time always comes when we do not give up," Crivella told supporters on Sunday.