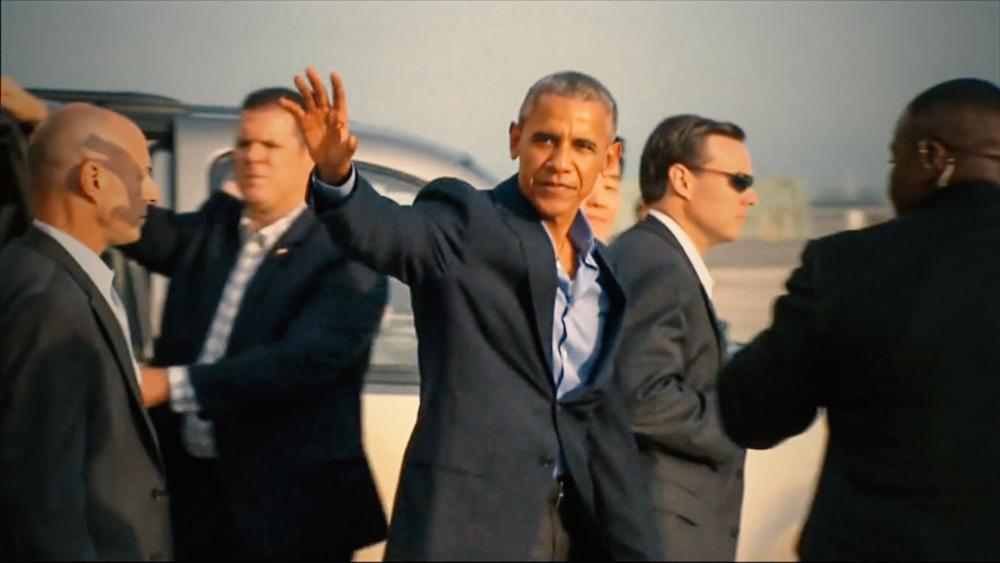 WASHINGTON -- As Barack Obama prepares to leave the White House, how will his foreign policy efforts be judged by history?

Will he be seen as a presidential peacemaker or a feckless leader who created a more dangerous world?

On January 20, 2009, Obama unveiled his foreign policy vision within moments of his swearing in as the nation's 44th president.

"Our security emanates from the justness of our cause, the force of our example, the tempering qualities of humility and restraint," he said. "America must play its role in ushering in a new era of peace."

Nine months later, the Nobel Committee awarded him the peace prize, not for his accomplishments, but for what he intended to do on the world stage.

Now as Obama prepares to leave the White House, some security experts are questioning his foreign policy accomplishments and the consequences of his actions.

Supporters of the president's policies say he's leaving behind a more peaceful world and eventually the Middle East will be a safer place. But his critics on Capitol Hill say nothing could be further from the truth: he's created a big mess for the next president.

"He received a prize for a naive worldview that we know in 2016 has been an utter failure," former CIA analyst Fred Fleitz said.

"We'll begin to responsibly leave Iraq to its people and forge a hard-earned peace in Afghanistan," Obama said.

Despite that promise, peace didn't come to Afghanistan. The president wanted to withdraw all U.S. forces by late 2014. But instead a resurgent Taliban wreaked havoc on the country, so Obama reversed course. Today, more than 8,000 Americans still remain there.

In Iraq, the president withdrew all American troops by the end of 2011, despite being warned repeatedly by top government officials and military advisors – including his own Secretary of Defense Leon Panetta – about the potential consequences.

But Democratic vice presidential candidate Tim Kaine says the president had no choice.

"Iraq didn't want our troops to stay and they wouldn't give us the protection for our troops," Kaine insisted.

Panetta has since written in his book that although an agreement was difficult, it could have been done.

The Rise of ISIS

"The sacrifices the American soldier made were squandered in Iraq because this administration created a vacuum in which ISIS was able to grow," Pence said.

Once ISIS was on the scene after Obama's withdrawal from Iraq, it carried out a horrible genocide against Christians, Yazidis and others in Iraq and Syria, causing a humanitarian crisis in the Middle East and Europe.

"You don't walk away from a war when the other team is bringing it to you," Rep. Mike Pompeo, R-Kansas, explained. "That is, I've heard this president say he wants to get out of these wars, but when they bring it to you have no choice but to lead and to protect the American people."

Pompeo is a member of the House Intelligence Committee. He says Obama and members of his administration refuse to take seriously the Islamic terror threat.

The failures are also right here at home, Pompeo and others say. When Omar Mateen murdered 49 Americans in Orlando earlier this year, Obama refused to call it an act of Islamic terror.

"There is no magic to the phrase 'radical Islam.' It is a political talking point. it is not a strategy," the president said.

"When we have a president who will not admit that we are at war with radical Islam, who won't even use the term, when we portray this threat as some threat from an isolated terrorist group and not a global ideology at war with modern society and Western civilization, we are never going to beat it," Fleitz insists.

President Obama said he would draw a red line in the sand if Syrian President Assad used chemical weapons against his own people. Assad turned over 1,300 tons of the weapons, but later used a chemical weapon -- chlorine gas -- against the rebels. Obama took no military action.

As a result, Russian President Vladimir Putin stepped up his country's involvement, sending aircraft and troops to help Assad.

Pence says weak American leadership in the Middle East led to Russia's return to the region.

"There's an old proverb that says the Russian bear never dies, it just hibernates," he explained.

That bear came out of hibernation seven years after the Obama administration promised a "re-set" of relations with Russia. Putin moved not only in Syria, but also in Georgia, Crimea, and Ukraine.

"We watched the Russians take one-fifth of a sovereign nation and America's response was almost nothing," Pompeo said. "That tells Vladimir Putin he has a green light and you've seen him use that power."

In Egypt, Mohammed Morsi of the Muslim Brotherhood took office as president in the summer of 2012. But within months, he had issued a decree that basically gave him unlimited powers.

His opponents called it an "Islamist coup." Egyptians took to the streets to protest and President Obama demanded the Egyptian army restore Morsi and the Brotherhood to power.

Some Egyptians claimed Brotherhood agents and sympathizers in the U.S. government influenced policy.

And the president of the Islamic Society of North America (ISNA), a group with suspected ties to the Muslim Brotherhood, advised President Obama on immigration and counterterrorism policy.

Barack Obama would likely say his greatest foreign policy achievement was the nuclear deal with Iran, but many critics say the administration only accomplished the deal by keeping key parts of it secret.

"In the fall of 2016 we have a nuclear deal that can only be described as an enormous fraud," Fleitz said. "The only way that this deal got through is because the details of it were concealed from Congress."

Pompeo exposed several secret side deals in the agreement.

"This president struck a secret deal with the ayatollah that's really between him and the ayatollah. It's not even signed by either party and that will almost always end in a way that does not serve the American people's interest," Pompeo said.

"I think it may be the worst international agreement the United States has ever signed. I think it will enhance Iran's ability to move quickly to have a nuclear weapon to not slow it down," Woolsey insists.

"The reason is Iran can continue to enrich uranium, develop advanced centrifuges, and will have a reactor that produces plutonium that is being redesigned by the Chinese and will not be monitored by a process set up by this treaty," Fleitz explained.

Woolsey is concerned about the cash payments the Obama administration delivered to Iran the same day American prisoners were released in Tehran, ultimately amounting to $150 billion.

"We are turning over tens of billions of dollars to them saying that we are getting away from sanctions, and in part it seems it is more likely what that is, is bribery substantially to the Iranians to release some of our people they have grabbed," Woolsey said.

Pompeo and others believe the money provided by the United States may be used by Iran to spread terrorism and further develop its nuclear weapons program.

So, nearly eight years after his swearing in, America's Nobel Peace Prize winning president has fallen short of his goal of ushering in a new era of peace with many analysts warning that the world is now a more dangerous place than when he entered the White House.

"The president thought when he came to office his magnificence and his aura would solve all the world's problems. The fact is, these enemies of the United States hate us regardless of who is in the White House," Fleitz explained.

"They hate our way of life, they hate our country, and they didn't change their way of thought because Barack Obama became president," he said.

And they're likely to pose greater danger for the world and the next American president.