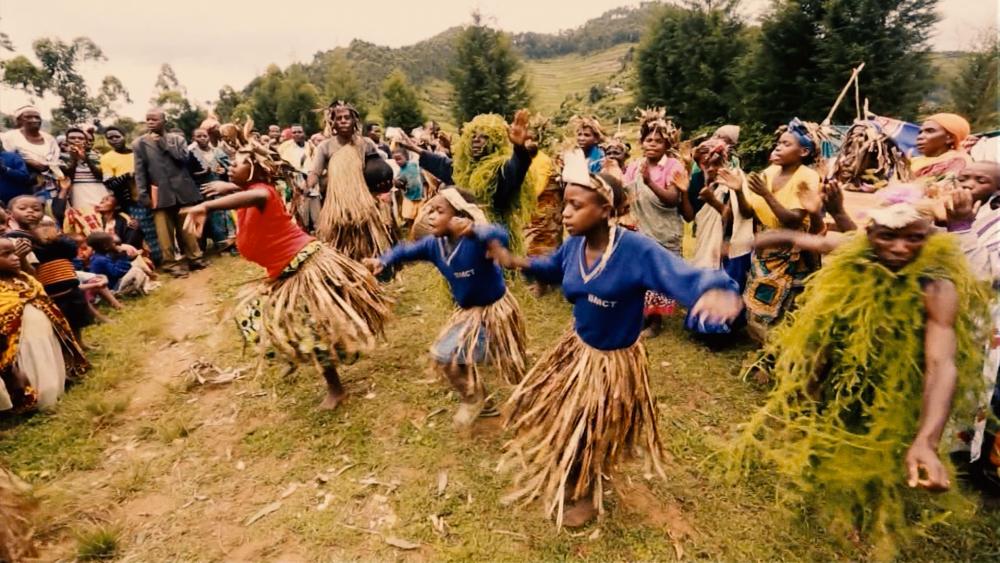 BWINDI FOREST, Uganda -- For the first time in centuries, a remote African tribe called the Batwa Pygmies is being introduced to Jesus Christ.

"We smoked; we drank; we performed witchcraft," said Jovanis Nyirakayanje, a Batwa Pygmy. "We were devil worshippers."

For centuries, the Batwa were rain forest dwellers who lived in caves and trees while hunting in the equatorial jungles of Africa.

"We used to live like animals in the jungle," said Nyirakayanje.

"They are very diminutive," said Kellermann, who founded the The Kellermann Foundation. "They are only four and a half feet in height typically. They hunted with poison-tip arrows or nets, collect fruits from the trees or roots from the ground."

Batwa life revolved around the Bwindi forest of southwestern Uganda.

"Actually, they were pre-stone age," Kellermann explained. "They had no stone implements, so that's a reason very few records are found of the Batwa."

The Batwa were known as the "keepers of the forest." But that all changed in 1992 when the government in the Ugandan capital city of Kampala decided to turn their habitat into a national park and World Heritage site for endangered mountain gorillas.

There are about 750 mountain gorillas in the world and 350 live within the Bwindi Forest.

"The result was that the Batwa were evicted from the forest," said Kellermann.

After centuries of living in caves and trees, the Batwa became conservation refugees -- with no title to land, no food, no clothing, and no shelter.

Thousands of them walked out of the jungle to a world that turned against them.

Tugume Gerald and his wife, Barbara, decided to step in and help some of the homeless and destitute Batwa.

"People could not even give them work to do because they thought maybe these pygmies are like animals," Gerald explained.

Couple Brings Gospel to the Batwa

The couple moved from their home in Uganda's capital to the small village of Kisoro, located on the edge of the equatorial jungle, to begin a ministry among the pygmies.

"I began by preaching the message of hope to the hopeless," Gerald said.

The result, Gerald says, was transformational. Hundreds of Batwa pygmies heard about Jesus for the first time.

Nyirakayanje was one of Gerald's first converts.

"It was the first time anyone had ever told us about Jesus," Nyirakayanje told CBN News. "We were servants of the Devil, but then we heard Christ died for our sins and that changed our lives!"

He joined Gerald's team as an evangelist of sorts.

"Therefore my dear friends and my fellow pygmies, I'm showing you the Christ I received. I was a drunkard. I was a smoker," Nyirakayanje told a group of Batwa tribes people while sitting on a hillside.

Since then, scores of Batwa have been been baptized.

Miracles Among the Batwa

The Geralds says miracles are also happening among the Batwa. People diagnosed with HIV AIDS are getting healed, including one Pygmy girl on the verge of death -- given new life.

"They brought the child here. She was almost dead, and they started praying for her," recounted Barbara Gerald. "They prayed, prayed -- actually, they prayed for five hours! I was there; I couldn't believe it! I was there! The child got healed -- I said glory be to God!"

It all led to the founding of the first-ever Batwa pygmy church in the region.

"At times we get up to 1,000 pygmies who come to attend the church," remarked Tugume Gerald.

He and his wife also run a school for pygmy children. Parents, once animal hunters, are learning to be farmers.

But the needs here are still enormous.

"If you can imagine poverty, which exists everywhere in the world, yet these are the poorest of the poor," said Tino Qahoush, a documentary producer and Regent University graduate.

After making several trips to southwestern Uganda, Qahoush decided to get involved with the lives of the Batwa people.

He got a handful of churches in Sweden to partner with Batwa Christians, bringing in school supplies, shoes and clothes for the kids. They are also building small homes for the Batwa.

"What I like about this ministry is that it is run by the Batwa pygmies; they have formed a board; they are caring for their own people," Qahoush told CBN News. "And we just want to empower them and give them some resources to stand on their feet."

WATCH ABOVE: As Tino Qahoush shares more about how God tugged on his heart to partner with Uganda's Batwa Christians.

No one knows for sure, but it's estimated that there are still tens of thousands of Batwa who have yet to hear the name of Jesus Christ.

"Just as Christ did for me, I believe His message of salvation is going to change the lives of my tribe," Nyirakayanje said.

In the meantime, Tugume Gerald is welcoming Christians from around the world to join him in the adventure of reaching one of the most unreached people groups in the world.

"We need people to stand with us in prayer so that God may use us more to reach as many pygmies as possible," he said.