Many Children Among Dead in Likely Chemical Attack in Syria 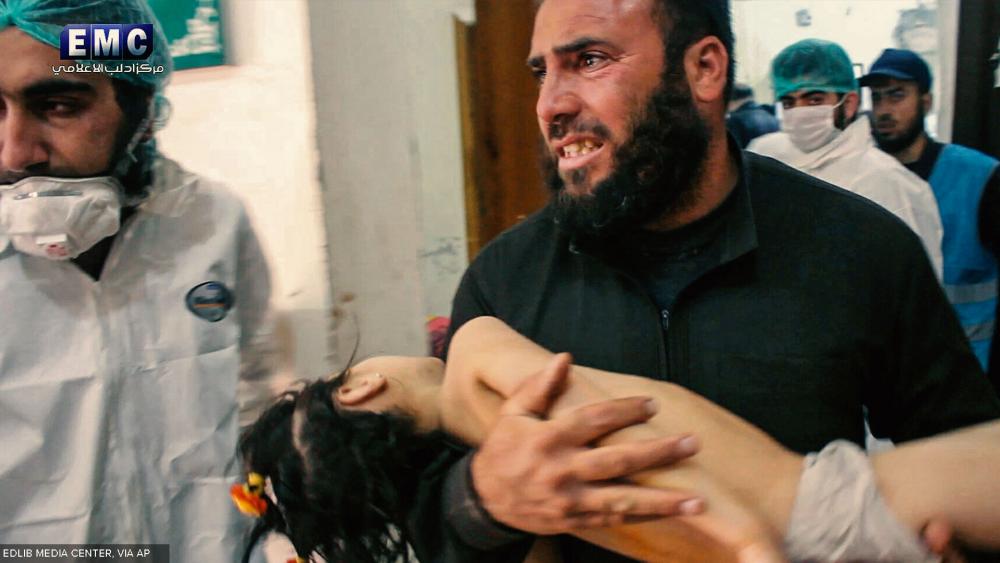 A chemical attack in northwestern Syria has killed nearly 60 civilians, among them at least a dozen children.

That report comes from the Syrian Observatory for Human Rights, quoting medical sources at the scene.

Fighter jets reportedly targeted the town of Khan Sheikhoun just south of rebel-held city of Idlib. Hours after that attack, the hospital where the victims were being treated was targeted, damaging part of the building.

It's reportedly the third chemical attack in a little over a week, the first two in nearby Hama province.

It was unclear whether Syrian or Russian warplanes carried out the attack.

Some sources estimate 100 people were killed and more than 200 injured in the attack.

Preliminary reports point to Sarin nerve gas which causes victims to gasp for air, vomit and faint, some with foam coming from their mouths. The gas causes death by asphyxiation.

One eyewitness told The Associated Press there were 18 critical cases at the Sarmim Hospital, about 30 miles from where the attack took place.

"They were unconscious, they had seizures and when oxygen was administered, they bled from the nose and mouth," he said, adding that some doctors believe more than one type of gas was used.

The Syrian government has yet to comment on Tuesday's attack, but it has routinely denied using chemical weapons in the past.