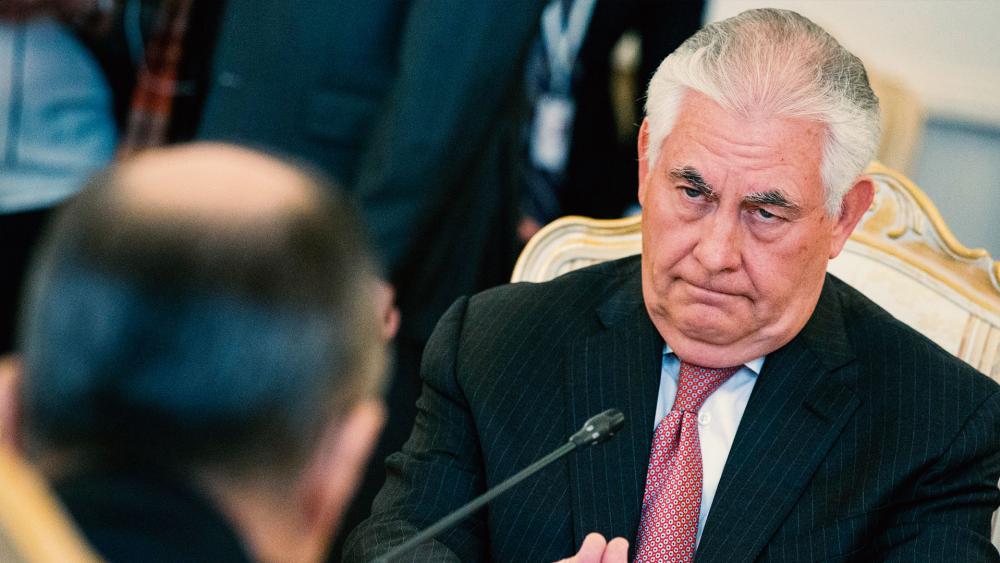 Even so, America's top diplomat is hoping to salvage ties between the U.S. and Russia.

"There is a low level of trust between our two countries. The world's two foremost nuclear powers cannot have this kind of relationship," Tillerson said at a joint press conference with Russian Foreign Minister Sergey Lavrov following a two-hour meeting with Putin.

Wednesday's talks took place amid rising tensions over Syria. The nations are in disagreement over whether President Bashar Assad was responsible for last week's chemical weapons attack on Syrian civilians.

In the UN Security Council, Russia vetoed a resolution by the U.S., France and Britain condemning Assad for his use of chemical weapons.

Earlier in the day, Lavrov accused the U.S. of conducting an unlawful attack against Assad's forces.

"We have seen very alarming actions recently with an unlawful attack against Syria," Lavrov said, referring to Trump's missile attack at a Syrian air base, launched to punish Assad for using chemical weapons.

"We consider it of utmost importance to prevent the risks of replay of similar action in the future," he added.

The White House, however, says it's confident Assad ordered a chemical attack on his people this month and it says the Russians are trying to cover up the involvement of Assad, Moscow's closest ally in the region.

President Donald Trump is demanding that Russia withdraw its support for the Assad regime.

But Putin continues to deny that Assad's government directed the attack.

Under President Barack Obama, a 2013 agreement between the U.S. and Russia was supposed to eliminate Syria's chemical weapons program but it's not clear the plan succeeded.  Even earlier this year, Russia disputed the findings of international investigators looking into eight incidents in Syria involving chemical weapons.

The U.S., meanwhile, is pressuring both Russia and Assad, asserting that the Syrian leader's days are numbered.

"It's clear to all of us that the reign of the Assad family is coming to an end," said Tillerson, speaking to the media in Italy on Tuesday.

Amidst all this, the White House is recovering from a brief firestorm late Tuesday.  It started as an attempt by White House Press Secretary Sean Spicer to point the finger at Assad -- by comparing him to Adolf Hitler.

"You had a -- you know someone as despicable as Hitler who didn't even sink to using chemical weapons," said Spicer at a press conference.

Meanwhile, it's unclear just how the U.S. will continue to be involved in Syria.  U.N Ambassador Nikki Haley has said the U.S. is prepared to "do more." But at the same time, the president is making it clear that the U.S. is "not going into Syria."

Defense Secretary James Mattis is promising that despite growing tensions between the U.S. and Russia, the relationship will not "spiral out of control."