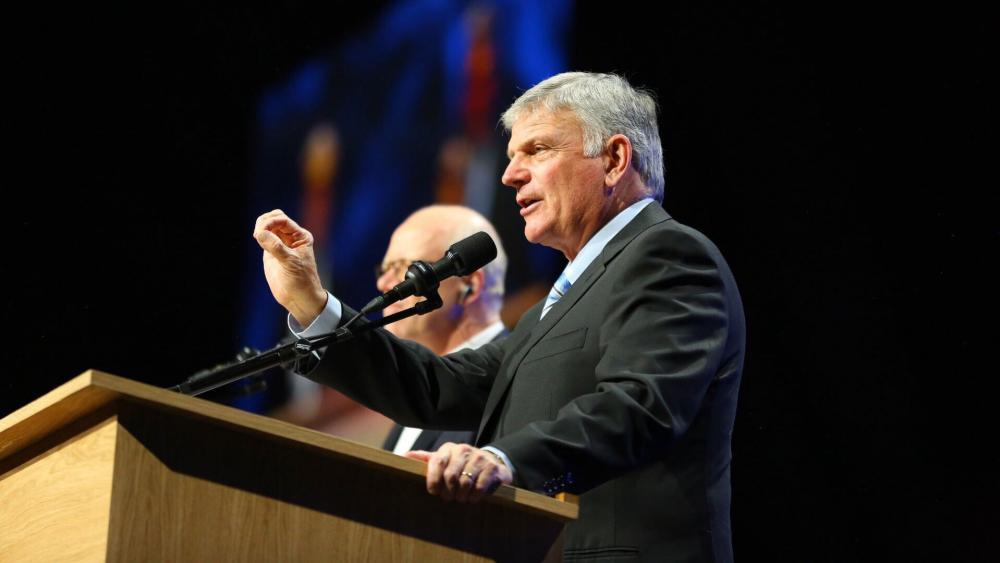 Franklin Graham Twitter
Evangelist Frank Graham is preaching the Gospel in communist Vietnam and has met with government officials about the work of his charity, Samaritan's Purse, which operates in the southeast Asian nation.
Graham met with Deputy Prime Minister and Foreign Minister Phạm Bình Minh who praised Samaritan's Purse for "implementing charitable projects on education and water supply, which have benefited children and poor people."
"We'll be working with the churches this weekend to preach and to proclaim the good news of Jesus Christ," Graham said in a Facebook post. "The church has asked that I would come and to share with the people of the North that God loves them, that Jesus Christ died for their sins, that He rose from the grave."
"This is a historic time. It's the first time an American evangelist has preached the Gospel in the northern part of Vietnam in a setting like this. We thank God for this opportunity—please pray with us for these events and the Vietnamese leaders," he said in another post.
Graham also met with the the Government Committee of Religious Affairs.
Although Vietnam is one of the world's four remaining one-party communist nations in the world, the government officially claims that it "respects and promotes human rights including the right to belief and freedom of religion."
However, Open Doors USA says "Christians in Vietnam are being subjected to increased persecution. Protestant Christian believers tend to gather in house-churches, and their members face discrimination at various levels of society."
Last year the communist government adopted a new Law on Belief and Religion, which limits freedom of religion considerably.