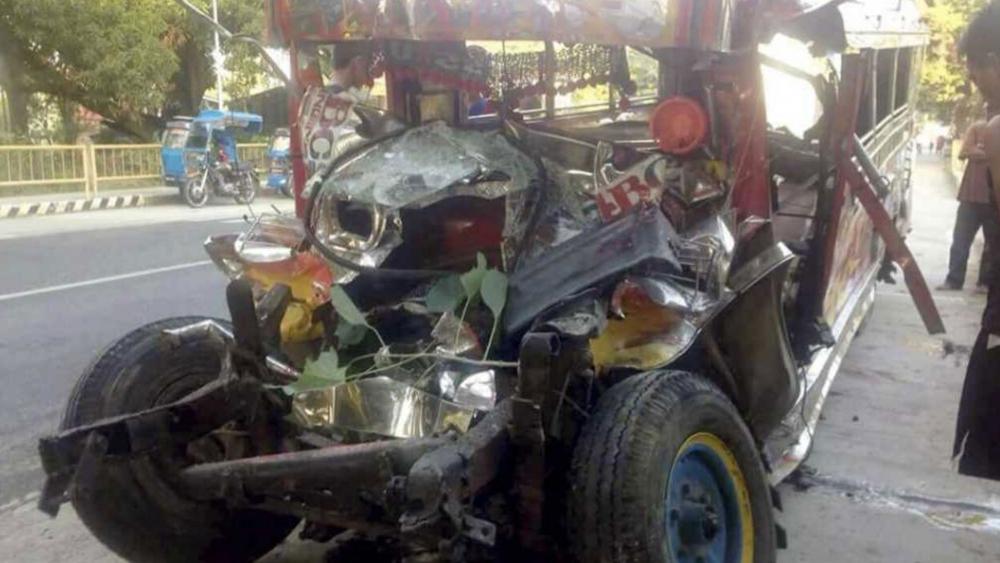 For many, Christmas is a time of good food, family, games and a load of fun. But in the Philippines tragedy struck a group of Christians on this most special day.

A devastating bus crash has left 20 people dead, including a five-month-old baby, a seven-year-old boy, and a 10-year-old girl.

The group was on their way to a Christmas Day service to be held at the famous Our Lady of Manaoag church in the northern Philippines, as reported by Sky News. The accident occurred in the town of Agoo, about 200 km north of the capital Manila.

Authorities detailed how the small jeepney bus crashed at 3.30 a.m. local time, and that the driver plus an additional 19 passengers were deceased by the time police arrived on the scene.

A further ten people were rushed to the hospital after sustaining injuries in the collision. The driver of the other bus managed to escape the crash unscathed, but 15 passengers and a conductor sustained minor injuries.

Agoo police officer Vanessa Abubu told Agence France-Presse: “They [the family] were trying to catch a mass in Manaoag.” Speaking to Manila-based radio station DZMM, police chief Roy Villanueva reportedly said that the smaller vehicle had left its lane and attempted to overtake the third vehicle, according to The Independent.

“The crash happened in the lane of the Partas bus. Although the Partas driver hit the brakes, he couldn’t stop in time,” Agoo deputy police chief Senior Insp. Eugenio Balagot told CNN Philippines.

On Tuesday, the Land Transportation Franchising and Regulatory Board (LTFRB) announced that it would suspend the franchise of seven units of provincial bus company Partas Bus for failing to comply with regulatory requirements.

It has been an absolutely tragic weekend in the Philippines, with multiple disasters claiming hundreds of lives.

On Saturday morning at least 37 people were killed in a shopping mall fire in the southern city of Davao. All those who lost their lives were call center agents working for Research Now Survey Sampling International (SSI).

“This terrible tragedy has left us with heavy hearts,” CEO Gary S. Laben said in a statement. “We offer our condolences and prayers to the families and loved ones of the victims.”

President Rodrigo Duterte spent time with the relatives of the victims of the fire Sunday.

Plus, a tropical storm that struck towards the end of the has claimed the lives of more than 200 people, with the death toll expected to rise as villages flood and disease spreads.

More than 20,000 families are being housed in evacuation centers, and a further 16,500 families are sheltering with relatives, according to an NDRRMC news briefing, as reported by CNN.

Do pray for all those who are grieving at this time of great suffering and loss.