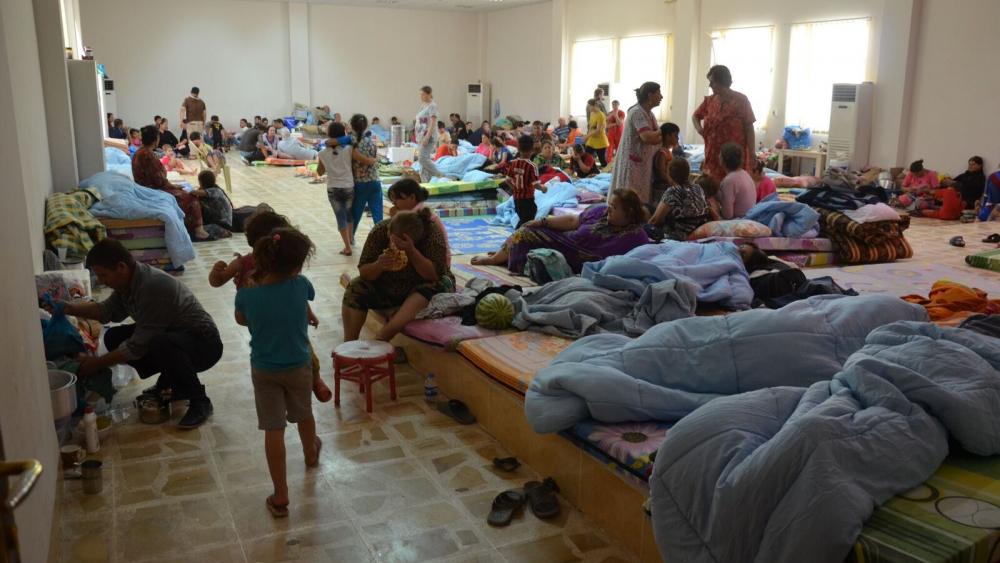 Thousands of Assyrian Christian families have been displaced through religious persecution and ethnic cleansing in the Middle East.

These victims have been abused, tortured and are tired of running. Hope is hard to find.

But thanks to the the support of Juliana Taimoorazy, founder and president of the Iraqi Christian Relief Council, thousands of Assyrian, Syriac, and Chaldean Christians in Iraq have been helped.

The organization provides urgent humanitarian supplies during dire situations to those who need urgent help.

Taimoorazy has an amazing personal story, having escaped Iran as a Christian refugee.

She and her organization received 'Michelle Malkin's Bulldog Award' for her relief efforts.

"More than half of the Iraqi Christian Relief Council's aid went directly into the hands of vulnerable Christians in Iraq," the council said in a statement. "And more than 85 percent of persecuted Christians who receive our aid are in Iraq."

"Assyrian Christians need protection within Iraq so that their faith, ethnicity and cultural heritage are not eradicated as Islamic terrorists have worked towards since 2003. A protected safe zone would lead to the creation of a province for all minorities in Iraq," explained Taimoorazy, who is also a senior fellow at Philos Project.

The Iraqi Christian Relief Council aids Assyrian Christians in Syria, Lebanon, Syria, Jordan and Turkey, many of whom are under attack by ISIS in their homeland.

Tragically, 253 Assyrian Christians from 35 different villages along the Khabur River were kidnapped by ISIS on February 23, 2015, and taken hostage.

All but three survived and were eventually released.

The Iraqi Christian Relief Council stands with Syria's Christian community amidst their country's civil war, now in its fifth year.

Workers also distribute emergency food and store credit cards for families to purchase essential goods. In addition, they provide medical care for Christians suffering from chronic diseases, such as cancer, but unable to afford necessary treatment.

In Turkey, many of the families have fled extreme violence and religious persecution.

Taimoorzy says Christians in Turkey often fall victim to attacks during times of political upheaval, such as the 2016 attempted coup.

Christian families living in Turkey have reported they pretend to be Muslim in order to receive aid or evade persecution in their host country.