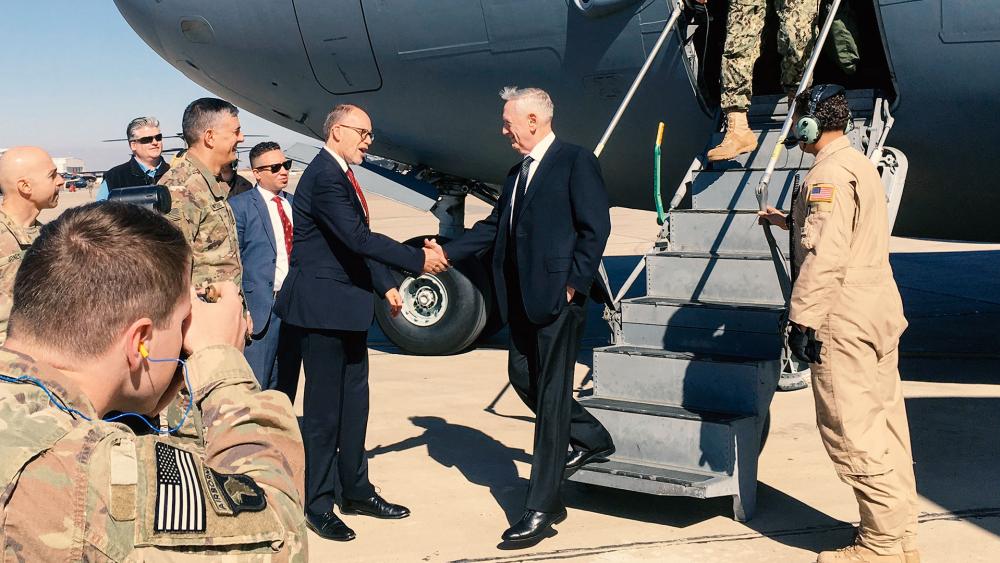 U.S. Defense Secretary James Mattis is meeting with U.S. commanders in Iraq, racing the clock as President Donald Trump's deadline to ramp up the war on ISIS draws closer.

During his unannounced visit, Mattis reassured Iraqi leaders the U.S. has no plans to seize Iraqi oil after President Trump rattled Iraqi nerves when he talked about taking Iraq's oil as a spoil of war.

"We're not in Iraq to seize anybody's oil," Mattis told reporters on his trip.

Mattis' visit comes as the battle to push ISIS out of western Mosul enters its second day.

Mattis has just one week left before Trump's deadline to develop a new strategy to accelerate the campaign against the Islamic State in Iraq and Syria.

Mattis says the best way to do that is for him to find out the conditions on the ground as U.S. and coalition troops work with local Iraqi forces.

"We're going to make certain that we've got good situational awareness of what we face as we work together and fight alongside each other," he said.

President Trump's travel ban has also led to new tensions with the Iraqi government. Mattis said he has been assured that the travel ban - which has been stalled by a legal challenge - would not affect Iraqis who have fought alongside U.S. forces.