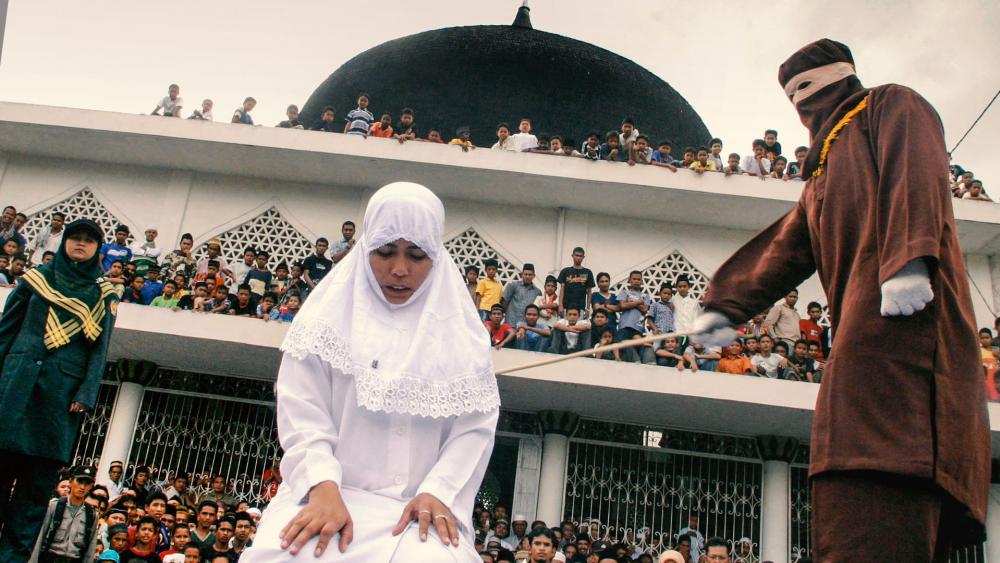 Recently released video footage of a woman being beaten in public with a wooden cane reveals the brutal nature of Islamic Sharia law in Indonesia.

The woman can be heard screaming in pain as she takes the beating in front of a cheering crowd.

A masked man savagely whips the woman with the cane in between her shoulders five times.

Moments later she collapses. She is carried off stage by two paramedics.

Journalist Tarek Fatah, a vocal critic of Sharia released the footage earlier this week although it was filmed in December 2015, the UK Daily Mail reported.

"This isn't Saudi Arabia or Iran. It is Indonesia's Sharia-ruled Aceh province. Lashing as public entertainment," Fatah wrote on Twitter.
"Aceh is the only part of Indonesia that applies Sharia in full."

The footage comes a week after another Indonesian woman was beaten publicly for having sex outside of marriage.

The woman and the man she was accused of having sex with endured 26 lashes because having sex outside of wedlock is against Sharia law.

Video and photos show the woman being forced to kneel to the ground on a public stage in Indonesia's Aceh province.

This type of punishment is quite common in some Muslim countries and is often handed down for minor reasons.

Some Muslim communities in Germany, Great Britain and Nigeria are reportedly attempting to make Sharia Law the law of the land.