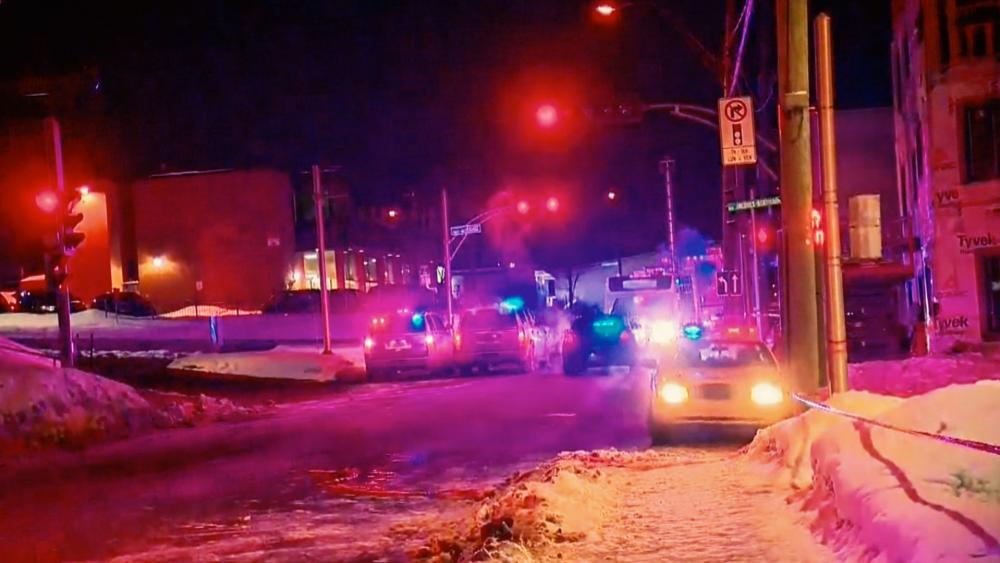 Six people are dead after an attack on a Canadian mosque on Sunday.

The terror suspect was identified as a 27-year-old student,  Alexandre Bissonnette.

He was charged with murder and attempted murder in the case and was arrested Sunday night after the massacre, where 19 other people were also wounded.

It is reported that Bissonnette was a fan of Donald Trump and French far-right leader Marine Le Pen.

The six men killed in the attack aged between 39 and 60-years-old.

Prime Minister Justin Trudeau is calling the incident a "terrorist attack on Muslims."

"It was with tremendous shock, sadness and anger that I heard of this evening's tragic and fatal shooting at the Centre culturel islamique de Quebec located in the Ste-Foy neighborhood of the city of Quebec," Trudeau said in a statement.

"Muslim-Canadians are an important part of our national fabric," he added. "And these senseless acts have no place in our communities, cities and country."

The CBC reported that somone left a pig's head on the mosque's doorstep this past June, during the holy month of Ramadan. Islam's holy book, the Koran, forbids Muslims from consuming pork.

A funeral service occurred on Thursday afternoon for three of the six men. There will be prayers for the three other victims, according to an ABC report.