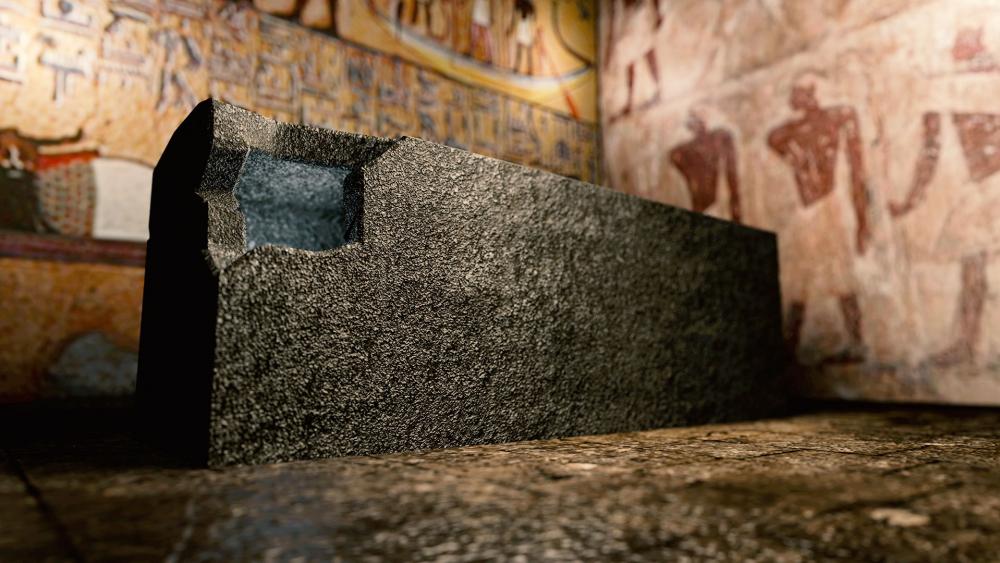 Archaeologists in Egypt uncovered mass graves filled with the ancient bones of slaves dating back to biblical times.

Mary Shepperson led the historic dig and found the graves in the ancient Egyptian capital city of Amarna.

Thousands of years ago a Pharaoh named Akhenaten lived there. Shepperson believes the newly discovered graves are "the simple desert graves of the ordinary Egyptians who lived and worked in Akhenaten's city and never got to leave."

"As we started to get the first skeletons out of the ground it was immediately clear that the burials were even simpler than at the South Tombs Cemetery, with almost no grave goods provided for the dead and only rough matting used to wrap the bodies," Shepperson said.

"As the season progressed, an even weirder trend started to become clear to the excavators. Almost all the skeletons we exhumed were immature; children, teenagers and young adults, but we weren't really finding any infants or older adults… This certainly was unusual and not a little bit creepy," she continued.

Unknowingly, Shepperson stumbled upon the graves of children and adolescents ranging from age 7-25.

Some suspect these graves. which date back to biblical times, could belong to the Hebrew slaves read about in Exodus.

However, many archeologists say this suspicion is wishful thinking.

"I am afraid that I do not accept the Old Testament narrative as a historical record, and therefore that there is any connection between Amarna and 'Hebrew slaves," archaeologist and Egyptologist Prof. Barry Kemp told the Times of Israel.

While many doubts and suspicions surround the tomb, Shepperson hopes DNA tests will reveal who these slaves really were.