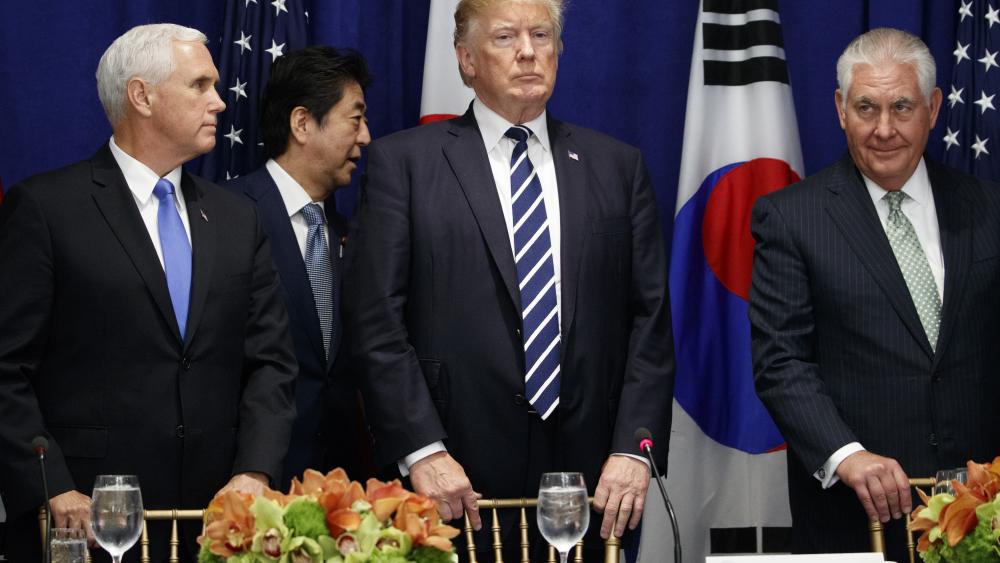 President Donald Trump signed an executive order Thursday designed to blunt North Korea's nuclear threat, but the big surprise is a new level of cooperation from China. The president announced Beijing has ordered its banks to stop doing business with North Korea

"The executive order will cut off sources of revenue to develop the deadliest weapons known to human kind," Trump said. "The order targets one country and that is North Korea."

These are the toughest sanctions we've seen so far against Kim Jong Un. The president said for much too long, North Korea has been allowed to abuse the international financial system to fund its nuclear missile program.

"Foreign banks will face a clear choice: do business with the United States or facilitate trade with the lawless regime in North Korea, and they won't have so much trade," Trump said.

U.S. Secretary of the Treasury Steven Mnuchin said, “Foreign financial institutions are on notice going forward. They can can do business with the United States or North Korea, but not both.”

The president praised China for cutting business with the rogue nation. China is North Korea's main trading partner which allows the regime to launder drug and illegal arms money.

“The objective is for them to stop their missile tests and give up their nuclear weapons,” said Mnuchin.

Kim Jong Un said, "I will surely and definitely tame the mentally deranged U.S. dotard with fire." Kim also called the president "deranged" and said he will "pay dearly" for his threats.

This week, Defense Secretary James Mattis told members of the U.S. military that America needs to make very clear to our adversaries that it is much better to deal with the State Department than to deal in combat with the Department of Defense.