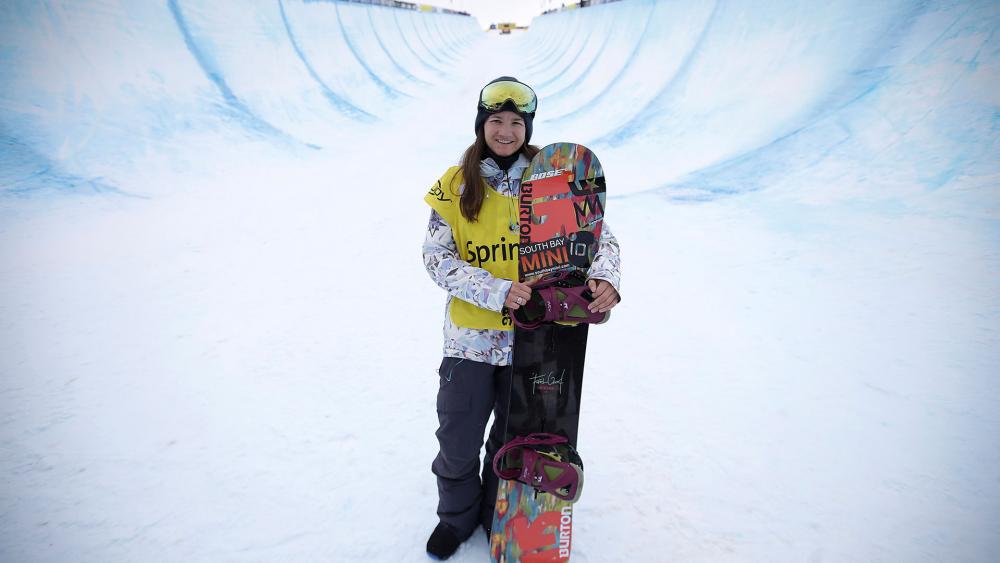 Imagine being 18-years-of-age and you have accomplished everything you've ever wanted to do with your life. That's the very point where Olympic snowboarder Kelly Clark found herself.

Clark, a native of Mammoth Lakes, Calif., fulfilled a lifelong dream when she joined the US Olympic team in 2000 at the age of 16. Two years later, she won an Olympic gold medal for the Halfpipe during the Winter Games in Salt Lake City.

She had the money. She had the fame. But all she could think about was one burning question -- Now what?

Clark recently told FCA Magazine that all changed when she overheard a short conversation between a fellow female snowboarder and her friend. When the snowboarder failed to qualify for the finals, her friend told her "Hey, it's all right," the friend said. "God still loves you. You don't need to cry."

Clark said she wanted to know more. She happened to be staying in the same hotel as the other woman. So, she knocked on her door and said, "I think you might be a Christian and I think you need to tell me about God."

Clark still feels grateful when she thinks about that moment.

"I knocked on the right door," she told FCA Magazine.

That knock set her on a new course -- she accepted Jesus Christ and was transformed with a renewed mindset.

"I started to understand that I didn't get my worth from people or from the things that I did," Clark said. "It was from Christ. If I hadn't had that shift in my life, I think my world would have come crumbling down."

Clark, now 34, is the only snowboarder in history to make the Olympics five times. She recently showed off her new commemorative ring to her fans on social media.

As a member of the US Olympic team you get a commemorative ring. Today I got my fifth ring. #octanner pic.twitter.com/O1zVcgXiTz

This time around, Clark did make it to the Snowboarding Halfpipe final in Pyeongchang, but came in fourth.

Since giving her life to Christ, Clark has become very outspoken about her Christian faith to fellow snowboarders and fans.

In 2010, she established the Kelly Clark Foundation to help guide the next generation of snowboarders.

"I love sports because you get to see what you've built, from physical to mental to emotional," she told FCA Magazine. "I believe I haven't hit my potential."