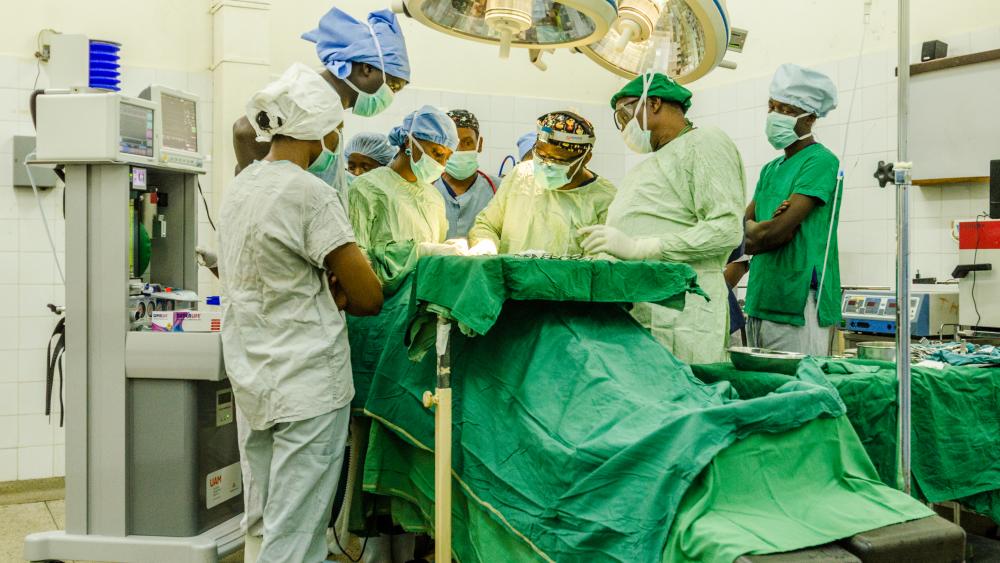 “Sometimes at night, if they call me for an emergency, it goes a bit faster,” Ter Haar narrates as he walks briskly. “Sometimes {I use} a bicycle.”

Ter Haar is originally from South Africa. For the last 20 years, his home has been a small village in a remote part of Malawi.

“I’ve worked in Canada, South Africa, and England, but what I do here makes the biggest difference.”

Since 1996, Ter Haar has served as missionary doctor at Nkhoma Hospital, some 37 miles south of Malawi’s capital Lilongwe.

According to its website, Nkhoma Hospital is a 102-year old Christian institution that “provides primary health care to a population of 60,000 and referral care to approximately 450,000” in this rural part of east Africa.

Ter Haar says the inspiration to serve in such a setting came from his father who was also a missionary doctor in rural South Africa.

“You hope to measure the impact {of your effectiveness} by looking at numbers: How many less kids get admitted to the hospital with malaria, or how many mothers survive compared to how it was before,” Ter Haar described.

An example of that measurable impact can be found in the hospital's neonatal unit. As medical director, Ter Haar hired Dr. Catherine Hodge to solve a problem.

“When I first moved here there was a pediatrics ward, but no doctors taking care of babies at all,” said Hodge, a family medicine specialist from Florida. “The hospital {Nkhoma} approached me to consider opening a neonatal unit because they recognized it was a missing piece of the hospital care.”

Hodge moved to Malawi with her husband and children in 2014 to serve as a missionary doctor.

“We opened the neonatal ward two years ago, and are now very, very overwhelmed with referrals from surrounding health centers, which is a blessing.”

Hodge says at hospitals like Nkhoma, they do what they can with the little they have.

“When I first moved here we had radiant warmers from Sweden, and Norway, and the US, and these warmers, as soon as the voltage fluctuated would burst and we would lose the entire unit,” Hodge described to CBN News. “We had many, many babies that were passing away in the night, even during the hot season, because they were so preterm they had no body fat."

Yes, even during an African summer, underweight babies die of hypothermia.

“So we heard about these hot cots that were being made at Queens Hospital in Blantyre, Malawi, and we asked for a picture, and just based on the picture we designed this box which just has warming lightbulbs underneath, with a little space so that the hot air can rise up and go over the baby, and since then I don’t think we’ve ever had a hypothermic death,” Hodge said.

She was obviously the perfect person for this two-year journey, but she had to go through an emotional learning curve along the way.

“{I went through} a lot of grief because in the States I had never seen a child die, even once.,” Hodge said with tears streaming down her face.  “I had never had an oncology rotation where you would expect to see a child die.  So when moving here, seeing it once or twice a day, especially during malaria season, just felt a total lack of control, felt like my abilities were not doing anything.”

Hodge said it was especially painful to see those little children suffer unnecessarily.

“I just felt really sad because these kids passing away were the same ages as my own kids. It just felt unfair, the injustice of the world just crashes down on you in this setting.”

With time, personal counseling and lots of prayer, Hodge said she was able to move on and begin her mission of serving the people of Malawi.

“There’s also a lot of hope now because the 33 babies that we have in this ward today would have had no chance a few years ago.”

Understanding the Magnitude of the Problem

To understand the magnitude of the health care crisis here on the African continent, you just need to look at the doctor-patient ratio.

While Nkhoma is staffed by a number of international missionary doctors, the focus at the teaching hospital is bringing up national doctors.

They don’t only train doctors at Nkhoma.

“We also have a nursing college that trains 300 nurses at the moment over a 3-year period,” Ter Haar said. “Most of these nurses end up at far outlying clinics where they serve those surrounding communities."

Olive Sambani finished nursing school a while ago. She's been at Nkhoma for more than 30 years.

“When you have a got a child that is very sick at the beginning, and then two or three days time you find that child smiling at you, coming to you, you feel good that you have done something nice,” said Sambani, a head nurse at Nkhoma.

Challenges of Rural Living in Malawi

Living in a rural community can be difficult, both at work, and at home.

“The rural setting brings with it unique challenges,” Ter Haar said. “The electricity is probably the most common challenge we have.  Also the water needs to be pumped from a river 5 kilometers from Nkhoma.  So that makes it a challenge to keep the place running.”

“Even our x-ray from time to time is not working and that’s just a vital part of your operations,” Ter Haar added.“

One of the many goals at the hospital is to keep the people they train to stay in that rural, often  frustrating setting.

It is ideal for doctors like Ter Haar, not for the salary, or the luxury, or the amenities but for the necessity.

“The next town is 50 kilometers from here,” Ter Haar told CBN News. “In an emergency situation, that could be the difference between life and death.”

The Christian Broadcasting Network is partnering with Jewish entrepreneurs and philanthropists Erica and Mark Gerson to help missionary doctors like Reynier Ter Haar save countless lives across Africa.

Gerson's work, through the African Mission Healthcare Foundation, which he co-founded with Jon Fielder, an American medical missionary doctor serving in Kenya, has been featured on CBN News.

The goal of the partnership is to provide a matching grant for up to $1 million that CBN raises for Christian medical missionaries and mission teaching hospitals in Africa.

"You can help the lame to walk, help the blind to see, give hope to a desperate parent and help raise up a new generation of medical staff," according to the partnership's website.

The site says, "100% of your gift goes to the field to cover medical care where it is needed most."

"It's an honor and a privilege to partner with these medical missionary heroes," said Gordon Robertson, CBN CEO. "These courageous souls have sacrificed comfort and career to move their families to some of the most remote places in the world to serve the overlooked. They believe human life matters, and very life is worth saving."

The CBN – Gerson partnership will enable eight medical missionaries and their teaching hospitals to utilize the funds to build infrastructure, treat patients, and train the next generation of qualified African healthcare providers.

“No one displays extravagant love like these Christian medical missionaries who are willing to lay down their life and their careers to serve the overlooked and left behind,” remarked Erica and Mark Gerson on the campaign’s website.

Ter Haar says some of the funds raised through this partnership will support a family medicine residency program, one of the only options for advanced training in Malawi.

“We believe that outside exposure and people knowing about what we do, and how we do it, our motivation, is a way to create bridges of partnership with others who can help us do the important work in this part of rural Malawi.” 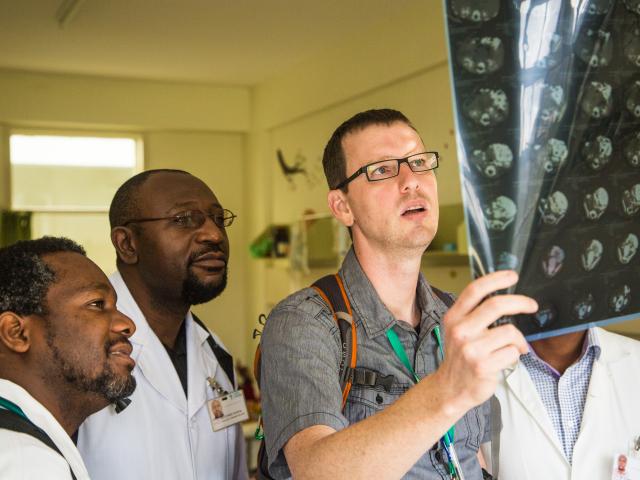 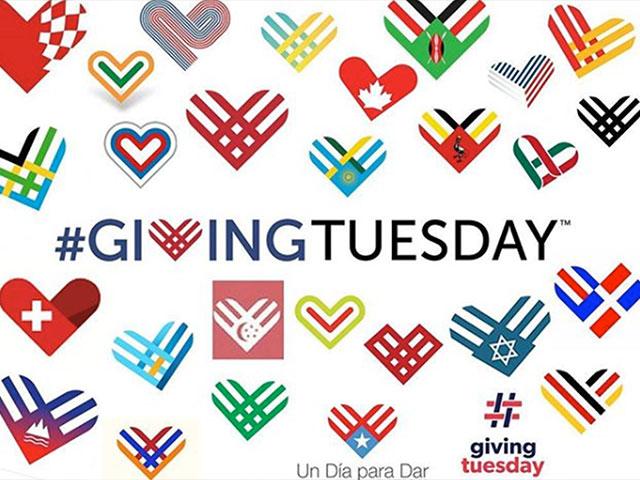