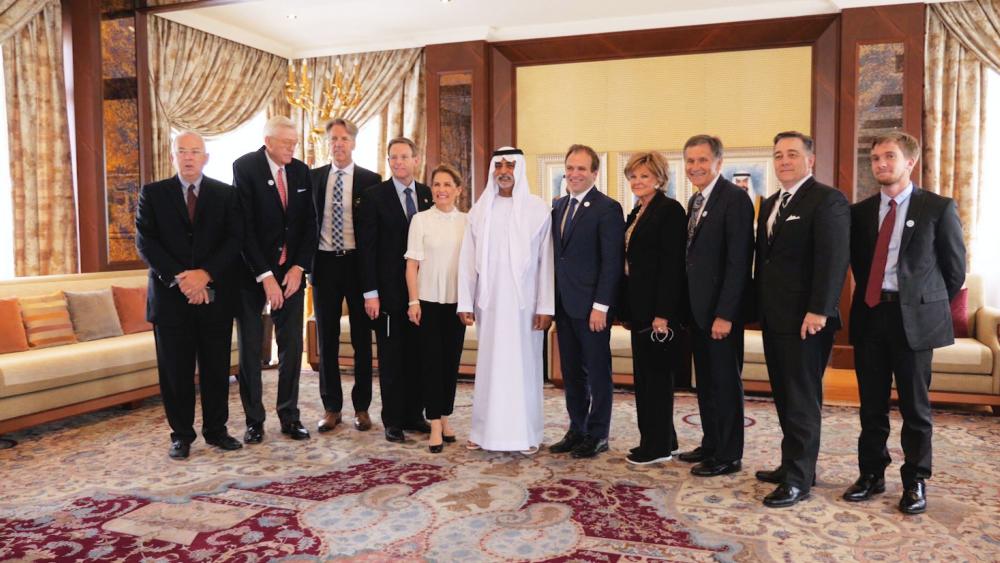 5855978711001
Freedom Is Unfolding in This Arab Country: US Evangelicals Find UAE 'Treasure of Moderation'

ABU DHABI, UAE – For the first time an Israeli sports team competed in an Arab country under its own flag and heard its national anthem played. The historic event happened in the United Arab Emirates and marked a breakthrough for the region. As CBN News Middle East Bureau Chief Mitchell reports from Abu Dhabi, it could signal major changes across the region.

Israeli Minister of Culture and Sports Miri Regev listened to history being made as Hatikvah, her country's national anthem, which means "The Hope," played during medal ceremonies at the international judo competition. That event followed Israeli Prime Minister Benjamin Netanyahu's brief visit to Oman, the first by an Israeli prime minister.

Another historic event took place when a delegation of American evangelical leaders came to Abu Dhabi, the UAE capital.

"What we found here in our meetings with the Crown Prince (Sheikh Mohamed bin Zayed Al Nahyan) and many other senior leaders is an extraordinary story that's almost a hidden treasure of moderation, of resistance to radical Islamism to wanting a close relationship with the United States and freedom of worship for Christians," author and Middle East expert Joel Rosenberg told CBN News.

Family Research Council President Tony Perkins said he was inspired by the "powerful faith" of Christians in the UAE.

"I am greatly inspired by the powerful faith and determination of Christians in the UAE who have established a remarkable 700 Christian churches and ministries throughout the country," Perkins said in a statement. "Observing the security and freedom of worship that minority faiths have in the UAE gives me hope for greater expansion of religious freedom in the UAE and for persecuted religious minorities across the Middle East. The UAE is pursuing a path of religious tolerance and peace that I pray other countries in the region would follow."

"You're seeing these Islamic leaders all across the region say we're done with the terrorists; we're done with the extremists and we're going to change from the inside out. We're going to be a more tolerant society and the UAE is miles and miles ahead of the pack.  They even have a minister of tolerance," Religious Freedom Advocate, Rev. Johnnie Moore, founder and CEO of The Kairos, explained.

Former US Congresswoman Michele Bachmann said the delegation is meant to advocate for persecuted Christians, but also represent "fellow believers."

"You know there's been a lot of persecution against Christians in this part of the world so we've come over here as advocates for Jesus Christ but also for our fellow believers," Bachmann said. "We're really excited here in the United Arab Emirates because we've seen already there are a number of churches that are already operating here. There's been a real growth among believers and there's been a tolerance in the Muslim government of the United Arab Emirates toward Christians."

National Religious Broadcasters President and CEO Dr. Jerry Johnson said it's not an American model of religious freedom," but it's moving in the "right direction."

"This is unique and it's a good model. And we're here to say, you know, representing NRB, this country is moving in the right direction. It's not an American model of religious freedom for everyone, freedom of speech, but they're moving in a very good direction, and this would be a great model for the regions in the area and we're just here to affirm that," Johnson said.

Rosenberg sees a geo-political convergence of the US, Israel and the Sunni Arab states unifying to fight Islamic terrorism and a common enemy.

"I think Americans should be encouraged that, you know, what there are serious threats in this region but there are also real allies that many of us really didn't know existed," Rosenberg said.

Many here hope this is the beginning of a new day in the Middle East.

"In the Middle East there is a wave of change going on all across the region. It is unbelievable what's happening," Moore said.

"This is not business as usual. We are entering into a new season," Rosenberg said. "The fact that an American Christian delegation is here, headed by a dual US-Israeli citizen, this is not normal for this part of the world, but it's exciting; it's encouraging." 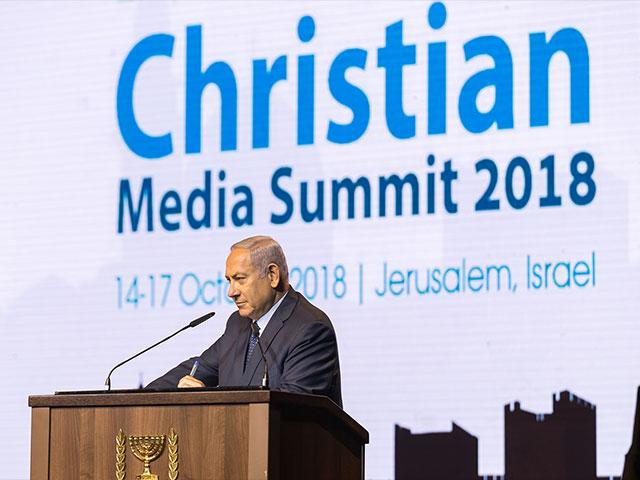 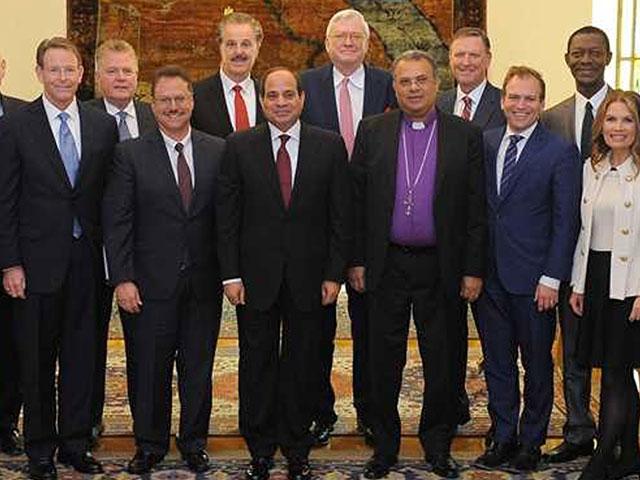